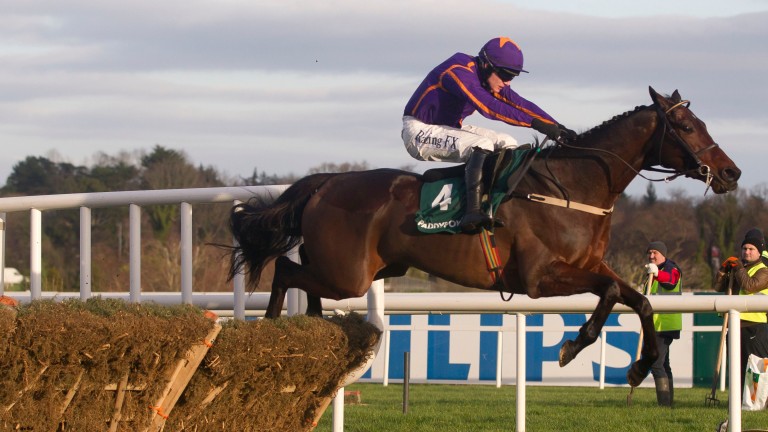 Being a second-string jockey is never easy but at least Paul Townend knows that every time he is called into action by Willie Mullins he has a chance of scoring.

"Why would I go anywhere else?" smiled Townend after punching out Saturnas to win by two lengths from Brelade.

"I got to ride Douvan a fortnight ago, Bellshill yesterday and now I'm winning a Grade 1 at Leopardstown. I'm not doing too badly."

And what a supersub Townend has proved to be over the last decade. He was successful on Hurricane Fly on seven of the eight occasions he rode him – all Grade 1s. He was there to pick up the pieces on Glens Melody when Annie Power crashed out at the last in the mares' hurdle at Cheltenham in 2015, and just a few weeks ago at Cork he coasted home on Douvan in the Hilly Way Chase.

Townend kept things simple on Saturnas, who was deserted by Ruby Walsh despite finishing second in the Royal Bond at Fairyhouse. He opted to ride Riven Light, who was only fourth here.

Saturnas was in the right place at the right time, never worse than second at any stage, and Townend kept the 9-2 shot up to his work after the last to see off Brelade by two lengths, with a further four and a quarter lengths back to Sunni May in third.

“We know that he jumps and gallops so I told Paul not to be afraid to go about his business,” said winning trainer Mullins.

“The last day in the Royal Bond I thought he might just have met Airlie Beach on a good day, but he seemed to travel and jump better here. I’m delighted for Paul to get a Grade 1 winner too.

"He stays well so we’ll probably come back here in February for the Deloitte Novice Hurdle.”

Saturnas was cut into 16-1 (from 25) by the sponsor for the Sky Bet Supreme Novices' Hurdle at the Cheltenham Festival. Their market is headed by Moon Racer at 5-1.

FIRST PUBLISHED 2:35PM, DEC 27 2016
The horse who had finished second to stablemate Airlie Beach in the Grade 1 Royal Bond Novices Hurdle last time secured a top level win of his own