Saturday racing: what's on TV and who to watch 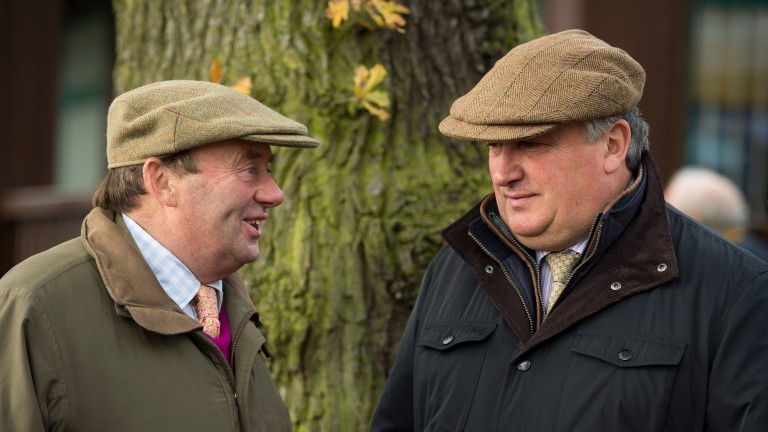 Nicky Henderson and Paul Nicholls: fight for the title looks like going to the wire
Edward Whitaker
1 of 1
By James Burn 11:06AM, FEB 4 2017

The portions may be smaller, but there is certainly no famine after last week's feast at Cheltenham and Doncaster.

And while Saturday's bumper nine-race card at Cheltenham was described by many as the best day of racing outside of the festival for many years, this Saturday promises to be pretty tasty in its own right.

The ITV4 (Freeview: 24, Sky: 120, Virgin: 118) cameras will be at Sandown for the track's Betfred TV Scilly Isles Novices' Chase card and will also screen races from Musselburgh and Wetherby.

In the five-year-old Clan Des Obeaux, champion Paul Nicholls, who also runs Le Prezien, has a horse he hopes might one day turn out to be Gold Cup vintage and jockey Sean Bowen needs no convincing, labelling the horse the best he had ridden after victory at Newbury's Hennessy meeting.

The diminutive Top Notch tackles that pair for Nicky Henderson, Nicholls' old sparring partner before Willie Mullins and Colin Tizzard made the trainers' championship more than a two-horse race.

The two heavyweights of their profession also clash in the Betfred Follow Us On Twitter Contenders Hurdle (1.50) with Henderson's Buveur D'Air taking on the Nicholls-trained Irving.

Originally slated for the Scilly Isles, Buveur D'Air has been switched back down the Champion Hurdle route and could end the day as Britain's best hope of recapturing the Cheltenham championship.

Also on the box

The first day of Musselburgh's trials weekend has attracted ITV4 coverage with the bet365 Edinburgh National (2.05) and bet365 Scottish County Hurdle (3.15) on air, while Wetherby's totepool Towton Novices' Chase (2.45) will also be part of the broadcast.

Champion jockey Richard Johnson will be a guest on The Opening Show, which starts at 10am on ITV4, while the main event begins at 1.30pm.