Saturday racing: what's on TV and who to watch out for 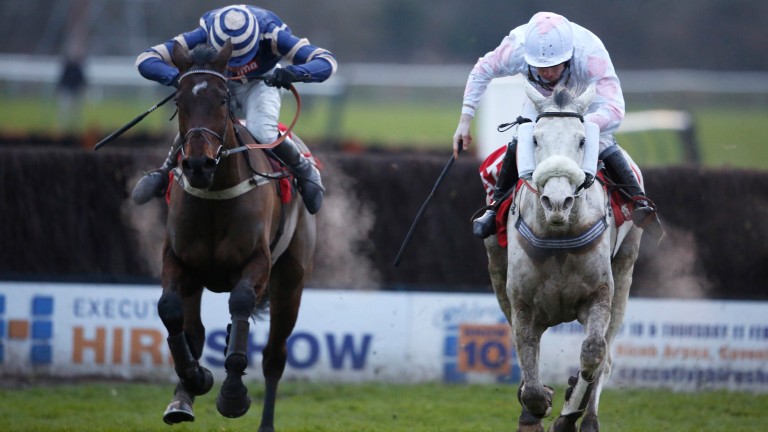 Unless you're returning from having spent a week on the moon, you will have read and heard plenty about Kempton Park this week and you can expect more of the same on Saturday with racing coming from the Sunbury venue.

It seems fitting racing should take centre stage at Kempton once again after such a tumultuous week and punters planning a day in front of the TV to avoid the cold have plenty on offer to keep them warm.

It is going to be freezing in many parts of Britain but you should still make a point of reaching for that scarf and gloves set your auntie gave you for Christmas and pop to the shop for your Racing Post. If you have a really generous auntie who bought you an iPad, you can stay in the house and download your paper, you lucky thing.

You can have an extra hour in bed too because ITV's Morning Line replacement, The Opening Show, does not start until 10am, with Lizzie Kelly among this week's guests.

Hosted by Oli Bell, the ITV4 show made a promising start last week and with all eyes sure to be on this latest offering it will be well worth tuning in to Sky channel 120, Freeview 24, Virgin Media 118/178, Freesat 117 or stream it live via the ITV Hub.

Where to watch the action

Like last week, ITV's afternoon coverage will be on ITV4, with the main channel not hosting racing coverage until the Cheltenham Festival rolls around in March.

Ed Chamberlin is at the helm again with the show based at Warwick, where Oli Bell, Matt Chapman, Luke Harvey, Mick Fitzgerald and Alice Plunkett will all be doing their things.

Down at Kempton, with Rishi Persad taking a rare day off, we can look forward to the ITV debut of Sally Ann Grassick.

In total, there will be four races broadcast from Warwick and a further three from Kempton, so plenty to get your teeth into.

What do we have to look forward to?

At Warwick, the 3m5f Betfred Classic Handicap Steeple Chase takes centre stage, with 20 runners set to line up to contest this £60,000 prize.

Supporting that race is the Neptune Investment Management Novices' Hurdle, a Grade 2 over 2m5f won in 2013 en route to Cheltenham Festival glory by The New One for Nigel and Sam Twiston-Davies.

Four years on Nigel Twiston-Davies is back for another crack with Ballyhill, carrying the same colours of his excellent stablemate and ridden by Sam's brother Willy, but with the likes of Peregrine Run in opposition it will not be easy.

At Kempton the Listed 32Red Lanzarote Hurdle over 2m5f is the feature, a race won in recent seasons by talented pair Saphir Du Rheu and Tea For Two.

Doesyourdogbite looks set to go off favourite for Jonjo O'Neill, but with 14 runners declared there is plenty of each-way value to seek out.

What else is going on?

Away from Warwick and Kempton there is a fine card at Punchestown, with the exciting Crack Mome, for Messrs Mullins, Walsh and Wylie, looking to build on his massive promise in the feature Sky Bet Moscow Flyer Novice Hurdle at 2.10.

They race too at Wetherby, subject to the 8am inspection, and on the all-weather firstly at Lingfield in the afternoon and then into the evening at Wolverhampton.

Will I have to go to work on Monday?

If your plan this weekend is to get fabulously rich then you want to be looking at the Scoop6, with as much as £1 million set to be up for grabs.

With a win fund of £658,592 and a bonus pot of £201,811 on offer, this week's prize looks set to be the biggest the bet has offered since mid-November and you will be able to follow your fortunes almost all the way on ITV4.

Only the final leg, the 3.45 at Kempton, will not be shown by ITV Racing but if you get that far, you will almost certainly find a way to watch.

Good luck and have a fantastic weekend.

FIRST PUBLISHED 4:53PM, JAN 13 2017
If your plan this weekend is to get fabulously rich then you want to be looking at the Scoop6, with as much as £1 million set to be up for grabs