Saturday racing: from France to New York and where to watch 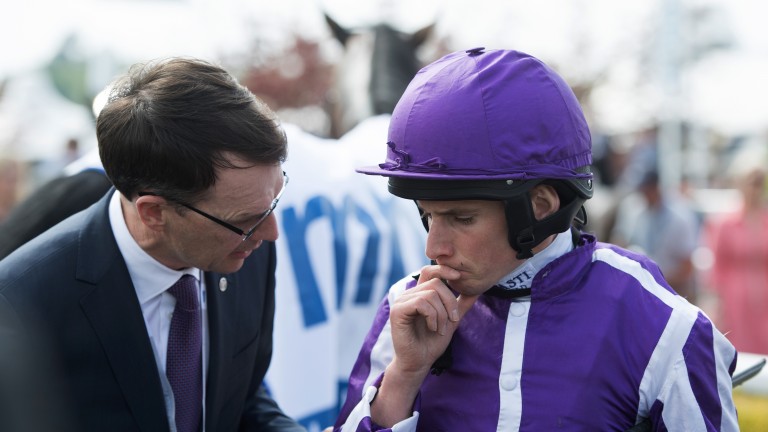 Ryan Moore is riding at Lingfield rather than one of Aidan O'Brien's three contenders in the French 1,000 Guineas
Edward Whitaker (racingpost.com/photos)
1 of 1
By Stuart Riley 2:23PM, MAY 13 2017

The Saturday between the Guineas and the Lockinge may lack a standout race in Britain but there is still so much going on that we have put together a handy guide to help with your channel-hopping.

For the early risers the TV action kicks off with ITV4's The Opening Show at 10am. The main racing coverage kicks off at 1.30pm, with three races from Lingfield, four from Ascot and one from Haydock.

While more of the action comes from Ascot it is Lingfield that both kicks us off and provides the quality. The Listed Betfred Mobile Oaks Trial Fillies' Stakes (1.50pm) unsurprisingly features Aidan O'Brien, William Haggas, Ralph Beckett and John Gosden – the winners of six the last seven editions between them – as they finalise their Classic teams.

More surprisingly, given there is a Group 1 Classic at Deauville later (keep reading!) worth £244,188.03 to the winner, Ryan Moore has opted to stay at home and ride Pocketfullofdreams in the Oaks Trial. Yet she is not favourite, as that honour currently sits with The Sky Is Blazing.

Moore's mount in the Betfred Derby Trial Stakes (2.30pm) – Sir John Lavery – is the 5-4 favourite as Aidan O'Brien looks to strengthen his grip on the Derby. Can John Gosden, just about the only man who has been able to stop O'Brien's rapid collection of trials, do as he did with Enable this week at Chester and provide some sort of resistance to the O'Brien tide with Tartini?

Of course, you cannot just settle in to ITV4's coverage as there's a rather informative card taking place at the Curragh which is over on At The Races. Aidan O'Brien unleashed Air Force Blue in the opening maiden (2.10pm) two years ago, while in the following 2.45 he runs US Navy Flag – a full brother to Classic contender Roly Poly.

Blink and you'll miss it

At 2.35pm it is time to dash across to Racing UK for the Group 3 Prix de Saint-Georges, in which Royal Ascot contenders Profitable, Son Cesio and Signs Of Blessing will meet last year's winner Finsbury Square and Dean Ivory's Lancelot Du Lac in a whirl of activity that will last less than a minute.

Up next is the Listed Buckhounds Stakes at 2.50pm, in which highly regarded types such as Baydar, Carntop, Desert Encounter, Star Storm and UAE Prince battle it out at Ascot. Also chuck in Haydock's highlight, the Grade 3 Swinton Hurdle (3.10pm), which is worth a cool £60,000 – both are on ITV4.

Unsurprisingly Nicky Henderson (Peace And Co) and Paul Nicholls (Zubayr, High Secret) are well represented. Some 35 minutes later, and back on RUK, is the best Flat race on the card - the Listed Pertemps Network Spring Trophy. 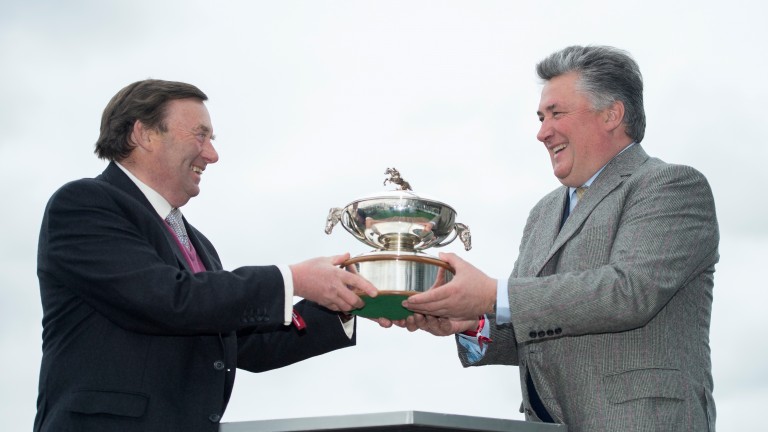 In between comes the French 1,000 Guineas at 3.15pm, or the Group 1 Abu Dhabi Poule d'Essai ses Pouliches for the traditionalists/French-speaking among us, so it is back to RUK. Senga and Via Ravenna lead the home defence against a trio of raiding parties from Britain, made up of William Haggas (Sea Of Grace and Crystal Fizz), Simon Crisford (Asidious Alexander) and Ireland's Aidan O'Brien (Rain Goddess, Roly Poly and Smoulder), plus Andreas Wohler (Delectation) of Germany.

If the French see their Guineas go elsewhere they could hit back almost immediately with Jean-Claude Rouget's Coronation Stakes winner Qemah, who heads to Lingfield for the Chartwell Fillies' Stakes (3.40), which takes place back on ITV4.

The Curragh highlight is the Group 3 1m2f Irish Stallion Farms EBF Blue Wind Stakes, at 3.55pm, won last year by Zhukova and Pleascach a year before. 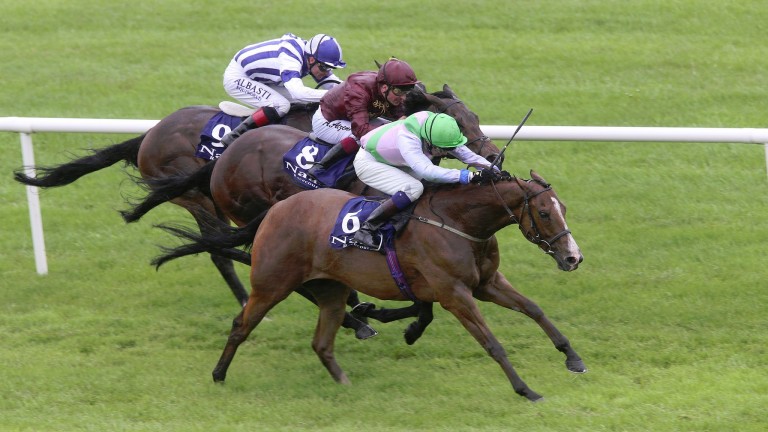 After all that comes the day's main betting heat, the totescoop6 Victoria Cup at 4pm, in which 26 horses will hurtle seven furlongs up Ascot's straight course. You'll need to be tuned in to ITV4 for this puzzle.

If all that was not enough to sate your appetite then you can have another helping by tuning into ATR for the Grade 1 Man O' War Stakes at Belmont, where Dermot Weld's talented dual Group 3-winning mare Zhukova bids for a first success at the top table. 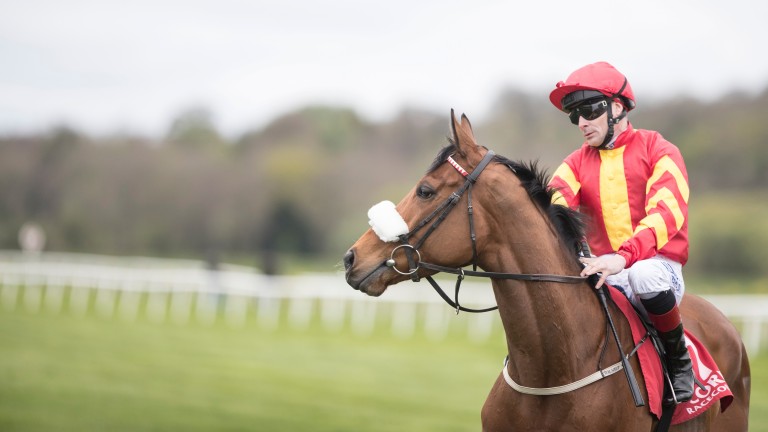 FIRST PUBLISHED 8:45PM, MAY 12 2017
You will more likely have a 'hard luck story' or finish absolutely nowhere than back the winner