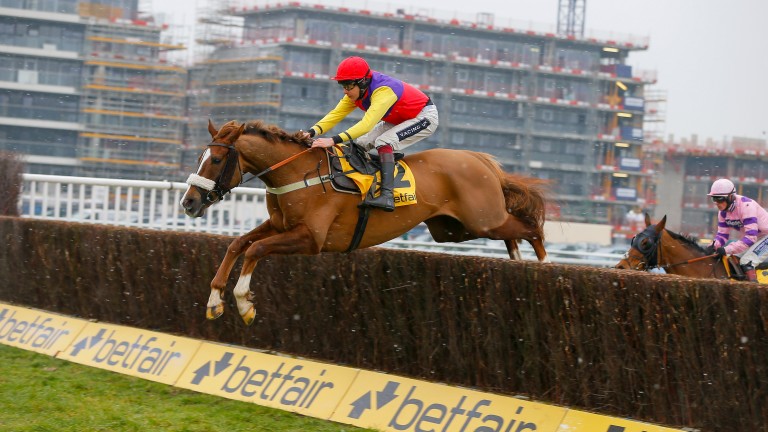 This time last year Native River added the Denman Chase to his Hennessy and Welsh Grand National wins and became a major Gold Cup contender. Come the big day he was a gallant third.

He has not been seen on a racecourse since due to a ligament problem, but in the time he has been off the two horses who finished in front of him, Sizing John and Minella Rocco, and the one that followed him home – Djakadam – have blotted several copybooks.

Consequently he is no bigger than 10-1 for next month's Timico Cheltenham Gold Cup despite having to prove he remains as good as ever. If he does, he could shorten considerably, but a race-fit rival has his trainer Colin Tizzard worried.

"He had a ligament problem after the Gold Cup but has been back in since August," said Tizzard. "He's been to Larkhill three times to catch up on everyone else. He looks fit and works as well as ever, his schooling has been as good as ever, he's a gorgeous horse and I'm looking forward to having him back in the fold.

"If he gets beaten it wouldn't be a surprise as Cloudy Dream is a very good horse rated 158 and he's race-fit. I just want him to run his race."

Tizzard, who revealed a 48-hour foot infection ruled Fox Norton out of the Game Spirit and that he will be readied at home for either the Betway Queen Mother Champion Chase or Ryanair, added: "We did think after the Gold Cup last year that, if we hadn't run Native River in the Welsh National after the Hennessy, he might have won the Gold Cup.

"This year we can find out, and all being well it's the Gold Cup and then Aintree for the Bowl." 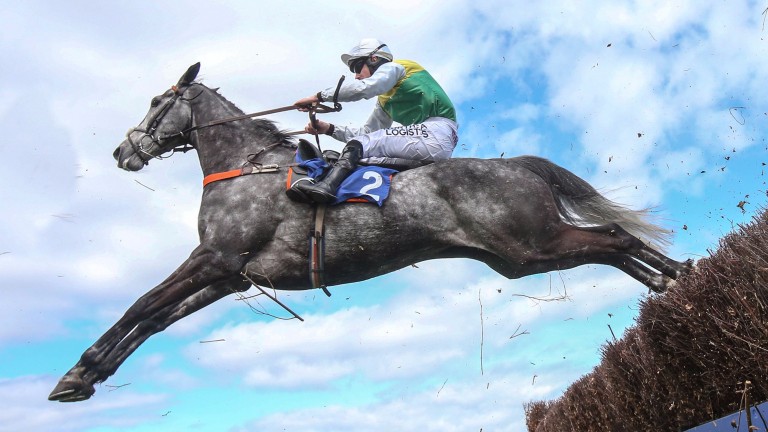 Cloudy Dream: could be the biggest danger to Native River
JOHN GROSSICK (RACINGPOST.COM/PHOTOS)

If Tizzard views Cloudy Dream as a danger, his trainer Ruth Jefferson – who took over the yard's licence from her late father Malcolm – is not running to take advantage of a potential fitness edge, rather to find out once and for all if her horse has the stamina for three miles.

On his only previous attempt he bumped into a dour stayer in Definitly Red on heavy December ground at Aintree and, given he has since won the Cotswold Chase by further from proven stayers, Jefferson is tempted by one more run on what she hopes is better ground.

"He's very well in himself," she said. "We gave him a break after his last run to freshen him up, as we like to do at this time of year. It's about seeing how he handles the trip on slightly better ground than he got at Aintree, so hopefully they won't get too much rain.

"He's up against two horses who ran very well in the Gold Cup last year, so this will tell us more as they should go a good gallop and we'll find out if he does stay, or could stay further. It's a good opportunity to have another go and find out." 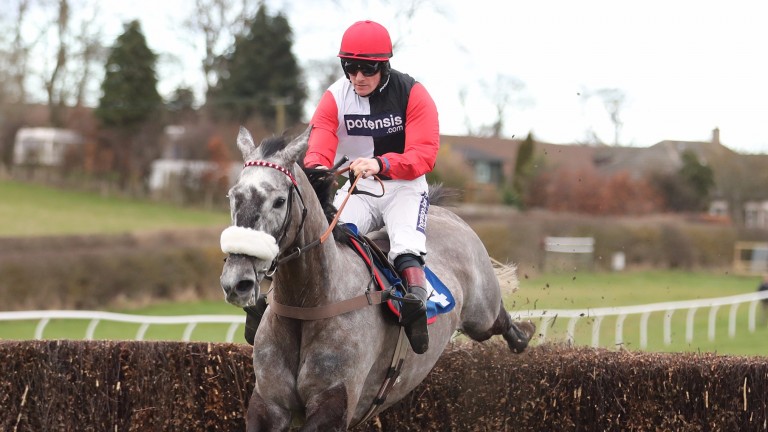 The other horse in the field is Gold Cup fifth Saphir Du Rheu, whose trainer Paul Nicholls said: "He got injured in the National, which is why he's not been out this season.

"He's been in since the start of October and I've done as much as I can with him at home, but he always looks the type that will need a run and this is his prep for Cheltenham. He ran very well in the Gold Cup last year and will improve for the run."

FIRST PUBLISHED 6:00PM, FEB 9 2018
If he gets beaten it wouldn't be a surprise as Cloudy Dream is a very good horse rated 158 and he's race-fit. I just want him to run his race