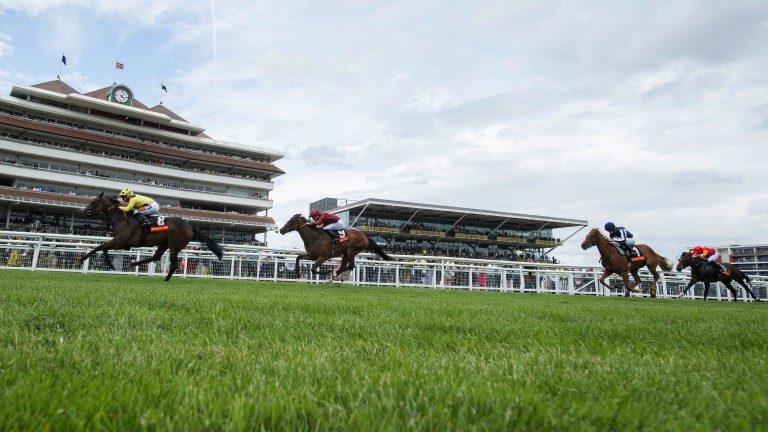 We were supposed to be in the midst of a golden spell of action but a boggy patch of ground on Ayr's home straight has put the skids on the day's showstopper.

The Ayr Gold Cup, one of the biggest betting races of the season, had been neatly positioned in between the St Leger and Arc weekend and while its loss is a major blow to all, Newbury and Newmarket provide quality action, with seven races to be shown on ITV4.

For a meeting that was meant to play the main supporting role to events in Scotland, Newbury offers up a well-balanced card containing three Group races and a valuable big-field handicap.

Army on the march in Mill Reef

Pride of place goes to the Mill Reef Stakes (2.50), named after the legendary Derby and Arc winner who was trained a few miles away from Newbury racecourse.

The Group 2 juvenile contest has been won in the last two years by Ribchester and Harry Angel and while this year's renewal might struggle to maintain those lofty standards, it does feature one of the season's most consistent two-year-olds.

Invincible Army has held his form admirably throughout a campaign that started back in May. He gained his just reward for seconds at Glorious Goodwood and York's Ebor meeting when providing trainer James Tate with a first Group victory in the Sirenia Stakes at Kempton. 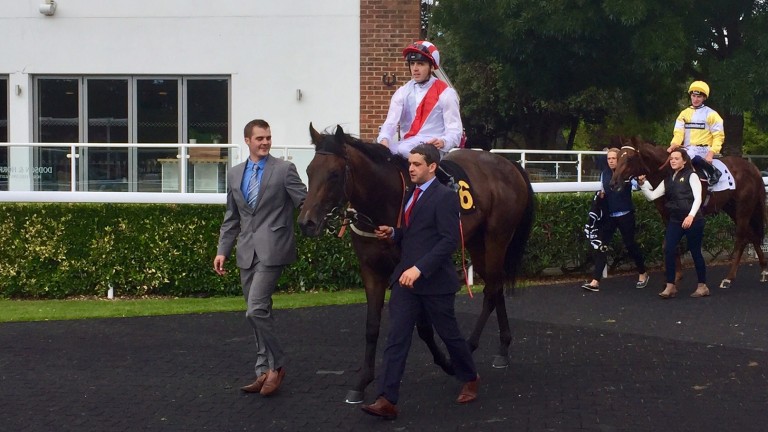 Another for whom this would represent a major success is fellow Newmarket trainer George Scott, fresh from his own big win with Another Batt in the International Trophy in Turkey.

Scott saddles James Garfield in the Big Orange colours of Bill Gredley and the colt looked all over the winner in the Acomb Stakes before losing out by a nose on the line.

The Group 3 Dubai International Airport World Trophy Stakes (4.00) features a raft of sprinters at the other end of the age spectrum, notably ten-year-old Take Cover who showed he is no back number in the Beverley Bullet last time.

Cotai Glory, third behind Marsha and Lady Aurelia in the Nunthorpe, clearly has capabilities if things fall right and Waady and Muthmir give a strong hand to leading owner Hamdan Al Maktoum, who will be an interested observer as 2.6 million guineas purchase Emaraaty makes his second start in division two of the 7f novice stakes at 1.45.

The fixture's other Group race was formerly run under the misnomer the 'Arc Trial', but it is Australia rather than France occupying the thoughts of trainer Marco Botti, whose Dylan Mouth goes on trial for the Melbourne Cup in the Dubai Duty Free Legacy Cup Stakes (2.15).

The impressive winner of the Old Newton Cup faces no easy task against in-form pair Second Step and Fabricate, while Desert Encounter and My Dream Boat both take a significant drop in grade.

As well as the feature race, the Mill Reef connection is evident elsewhere on the card as Brorocco carries the famous Kingsclere Racing Club silks in the £75,000 Dubai Duty Free Handicap (3.25), for which Baydar bids for consecutive victories on his first start since moving to Ian Williams from Hugo Palmer.

Dress rehearsals at Newmarket as well

At Newmarket, where the ITV4 cameras show three races, the Cesarewitch Trial takes centre stage. The £50,000 handicap has not been the best of guides for the second leg of the autumn double, although Oriental Fox is back for more having won this race in 2013 and finished a short-head second in the 2015 Cesarewitch.

On a day to watch the action with an eye to the future, ante-post ramifications are more likely to be caused by the progressive Mark Johnston stablemate Time To Study, winner of half his eight starts and a best-priced 14-1 for next month's Cesarewitch.

FIRST PUBLISHED 5:02PM, SEP 22 2017
Invincible Army has held his form admirably throughout a campaign that started back in May