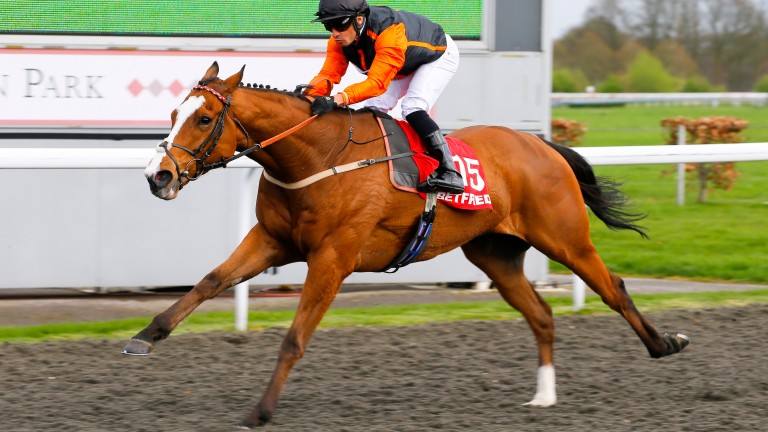 Some are billing it as Super Saturday with headline meetings from Newmarket, the Curragh, York and Ascot, as well as Chester hosting one of its most high-profile weekend fixtures of the year, but with so much racing, it can provide a few headaches for trainers on the hunt for jockeys.

Frankie Dettori, for instance, misses Newmarket's Darley July Cup fixture as he heads to Ireland to ride Enable in the Darley Irish Oaks, a race Ryan Moore will not take part in as he is in action at his local track.

On the other hand, such a feast can mean opportunities for riders a few rungs down the ladder and that is certainly the case for Raymond Dawson, who has the biggest spin of his career in Saturday's John Smith's Cup at York on Big Country.

His 7lb claim will no doubt come in handy on the progressive four-year-old, who is among the leading fancies for the £200,000 prize, but it is ultimately the unavailability of Silvestre de Sousa that has led to this chance.

"Ray knows him and takes 7lb off, although we don't need to as I think he's well handicapped anyway.

"I think Ray's a good jockey with a level head on him and he's well worth using."

Dawson, 23, is attached to Appleby's Leicestershire yard and has ridden three winners from 49 rides this year.

However, he is not the only youngster to benefit from the stuffed Saturday bill.

Like Dawson, 19-year-old Greatrex, who recently rode his first treble, has a mount in the John Smith's Cup aboard Godolphin's Tumbaga.

Son of Lambourn jumps trainer Warren, he has already landed a big handicap in the famous blue silks having steered Musaddas to victory in the Balmoral on Champions Day in 2015.

5lb claimer Rodriguez does not have a ride in Chester's main race – the Listed Sportingbet City Plate Stakes – but he has four mounts on the card; three in an afternoon being the most he has had in the last two weeks.

The 20-year-old is based with Michael Dods – who supplies two of the rides – and has ridden 20 winners this year.

Only 17, Murtagh, who had open heart surgery last year, had four rides at Ayr on Monday so will not be fazed by that amount at Chester on Saturday when Richard Fahey has 15 runners spread across the day.

Murtagh is on 11 winners this term and all of his rides are trained by his boss, including The Wagon Wheel in the £25,000 fillies' handicap.

FIRST PUBLISHED 6:00PM, JUL 14 2017
Ray knows him and takes 7lb off, although we don't need to as I think he's well handicapped anyway