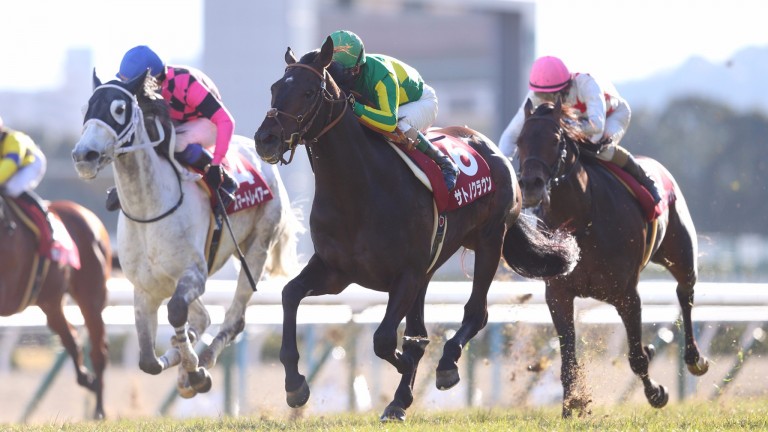 The Noriyuki Hori-trained five-year-old now looks set to run in the Dubai Sheema Classic after coming home a length and a quarter to the good from Smart Layer, with 7-10 favourite Makahiki another neck away on his seasonal debut in the 119 million yen (about £845,000) event.

Satono Crown, who was winning his sixth race from 12 career starts, raced in third place well adrift of the leading pair before being asked to close after they turned from home. Racing wide in the straight, he did not catch the leaders until inside the final furlong, where he was challenged on either side but just came home the better.

"He is an excellent horse," said winning jockey Mirco Demuro. "We got a good position from the break and he was so brave in the stretch. I was afraid of Makahiki but my horse was stronger."

Moore said: "He ran a good race. I thought he'd win three furlongs out but the ground was soft and his stamina ran out. He'll be better next time."

Makahiki will run next in the Osaka Hai, a new Grade 1 race on April 1.