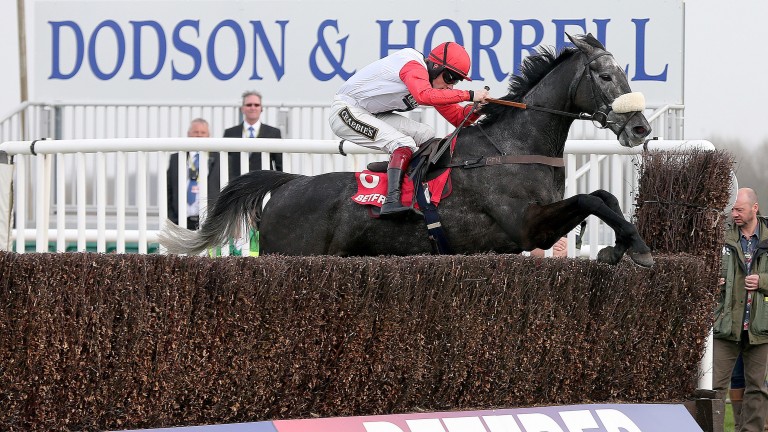 Paul Nicholls has half a dozen Hennessy Gold Cup possibles but the champion trainer has eyes only for Saphir Du Rheu and Vicente for now.

Saphir Du Rheu is generally 10-1 third favourite for the Newbury showpiece a fortnight on Saturday and his trainer believes his reappearance third at Ascot in the Sodexo Gold Cup will prove to have served a useful purpose.

Nicholls, who also has Silviniaco Conti, Southfield Theatre, Irish Saint and Virak entered for the Hennessy, said: "Saphir Du Rheu and Vicente are the intended runners. Saphir Du Rheu schooled yesterday and the experience and run at Ascot definitely won't be lost on him.

"I want to get a few kilos off him because he still looks big and well. Last year he wasn't finishing, but he finished really strongly at Ascot and I felt it was quite a nice prep for the Hennessy. If he's back to anywhere near his best, he'd have a big chance.

"Vicente won the Scottish National but he does like left-handed tracks. He wouldn't want the ground desperately soft. He's a hard horse to place but goes well fresh and if he's improved he's not without a chance. It's a good race for a second-season chaser."

Irish Saint could run over hurdles on Saturday and is described as a "possible", while Southfield Theatre and Virak are rated "unlikely". Silviniaco Conti has been ruled out.

Almost certain to run is the current 6-1 favourite, Native River, who could be joined by stablemates Theatre Guide and Third Intention.

Tizzard said: "Native River has come out of his Wetherby run well and this is the obvious race. I think he was losing a half a length over his hurdles at Wetherby. But we did it for a reason – he needed a prep for the Hennessy and we wanted to know if he was as good over hurdles as he is over fences.

"What with Cue Card and Thistlecrack heading towards the Gold Cup, Native River is between ten and 20lb below those two, so we might have to consider the World Hurdle. We haven't put that route to bed yet."

Tizzard added: "Theatre Guide worked beautifully with Cue Card this morning but we are not sure about Third Intention. We might have a dip with all three, but there's a race at Ascot next week over two miles five Third Intention could go in. He does go quite well fresh."

FIRST PUBLISHED 5:43PM, NOV 9 2016
Last year he wasn't finishing, but he finished really strongly at Ascot and I felt it was quite a nice prep for the Hennessy