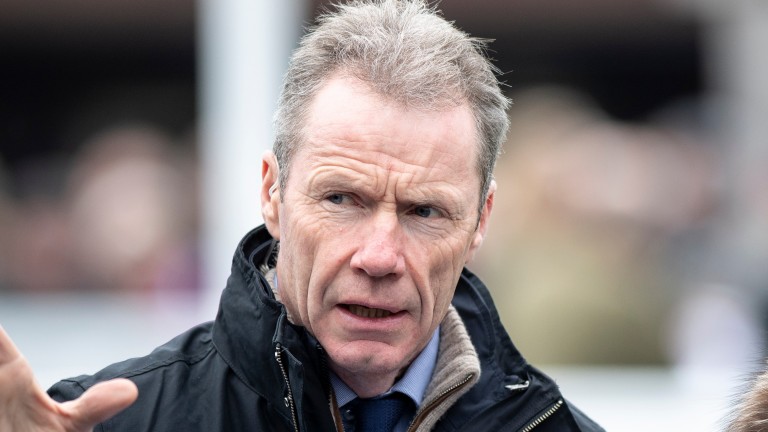 My number one horse could be a lot of people's top pick and it is Nicky Henderson's Shishkin. He was so good over hurdles and his schooling over fences has been electric.

I will stick with Santini from the same yard. The application of cheekpieces has really helped and he was placed in this year's Cheltenham Gold Cup, which he should go well in again, but this fella has the Grand National written all over him.

I really like Monkfish. I did the interviews after he won the Albert Bartlett and my arm was not long enough to reach Paul Townend on him. The horse is massive and anything he did over hurdles was a bonus. He is definitely a chaser in the making.

Envoi Allen is in for obvious reasons. He looked like a handicapper when he won his beginners' chase the other day. He was so sure-footed.

I know he got beat the other day, but do not give up on Pic D'Orhy. He jumped okay, is a Betfair Hurdle winner and Paul Nicholls still rates him very highly.

A horse of Harry Fry's called Boothill won a bumper at Kempton last year. Lots of winners come out of the race and I loved the way he did it. I could say the same about Nicky Martin's Bear Ghylls. I loved him when he won his bumper by 19 lengths and in his maiden hurdle at Lingfield. I think he could be very smart.

Simply The Betts has to be included after winning a handicap chase at the Cheltenham Festival as a novice and that was a cracking performance. Also, a horse trained by Nicky Richards called Ribble Valley looked very good at Carlisle the other day and I think he is very smart.

Saint Roi won the County Hurdle and to say he was well-handicapped is an understatement. He certainly looks like a Champion Hurdle contender to me.

FIRST PUBLISHED 3:24PM, NOV 3 2020
The horse is massive and anything he did over hurdles was a bonus. He is definitely a chaser in the making.