Sandown special: the great and good from Brigadier Gerard night 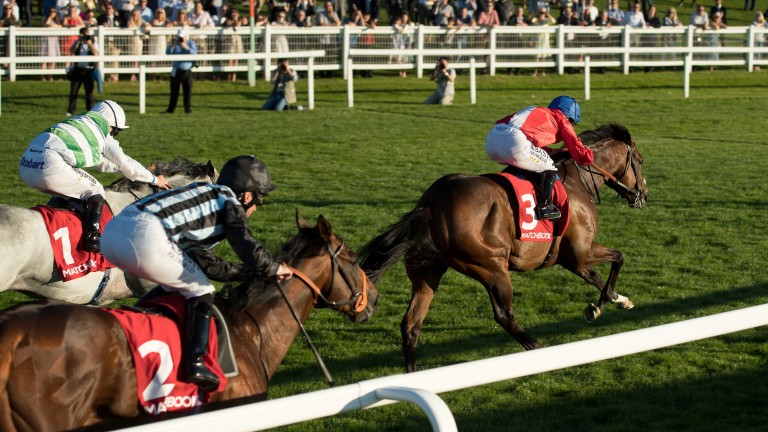 Leading the way: Autocratic and Ryan Moore land the big one, the Brigadier Gerard Stakes
Edward Whitaker
1 of 1
By James Pugh 8:34AM, MAY 26 2017

Performance of the night

No contest. Big Orange, like the classy heavyweight he is – he's more Joshua than Fury – simply refused to give in and responded to every call up the straight. The hugely popular globetrotter, trained in Newmarket by Michael Bell and as frequent a flyer as Michael O'Leary and Richard Branson, had his rivals on the stretch a long way from home before delivering the knockout blow in the Henry II Stakes.

He and Frankie Dettori are the perfect match – the pair were given freedom to run at the head of affairs, dictated the pace and took the race to the opposition. Big Orange, so tough, brave and strong, dug deep before pulling fully five lengths ahead near the line.

Royal Ascot beckons and, if he's in the same form as on Thursday night, it'll take a mighty effort from one of the bighitters to put him on the canvas.

Ride of the night

Boring possibly, inevitable maybe, but Ryan Moore took the plaudits for his display on Autocratic in the feature Brigadier Gerard Stakes. Chain Of Daisies attempted to make all and briefly appeared like she may slip the field two furlongs out, but as she tired Moore worked his mount into the open before asking him to close. And his strength in the saddle was in abundance as he got Autocratic rolling, the pair in full cry approaching the final furlong, and they always looked assured of victory even when Algometer threw down a big challenge late on.

Moore has an air of invincibility about him when riding at his best in the big races in the glow of the summer sun, and at 8-1 he gave his devoted followers something to shout about, too.

Picture of the night 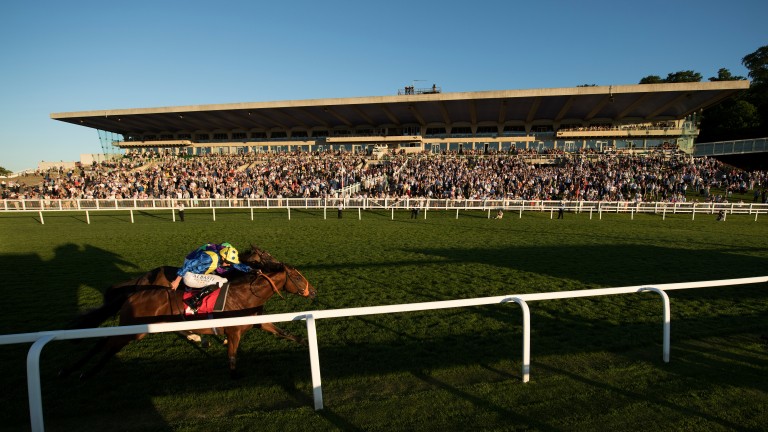 Blue skies, huge crowds and top racing: it can only be Sandown on Brigadier Gerard night

Quote of the night

Jockey PJ McDonald was evidently impressed with the slick nature of Havana Grey's National Stakes victory. Expect to see him at Royal Ascot next 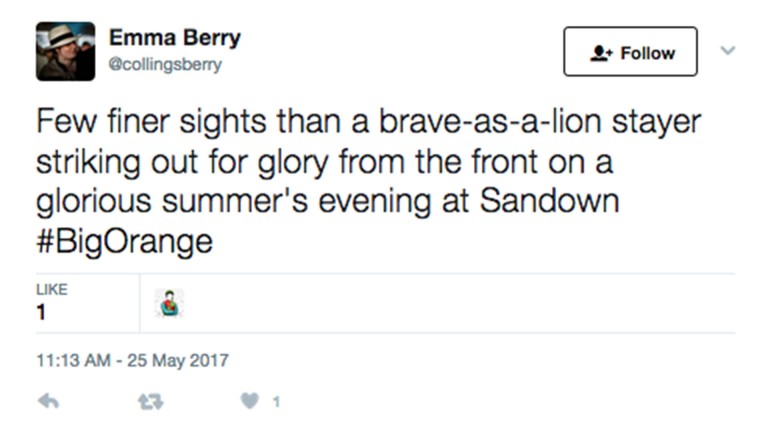