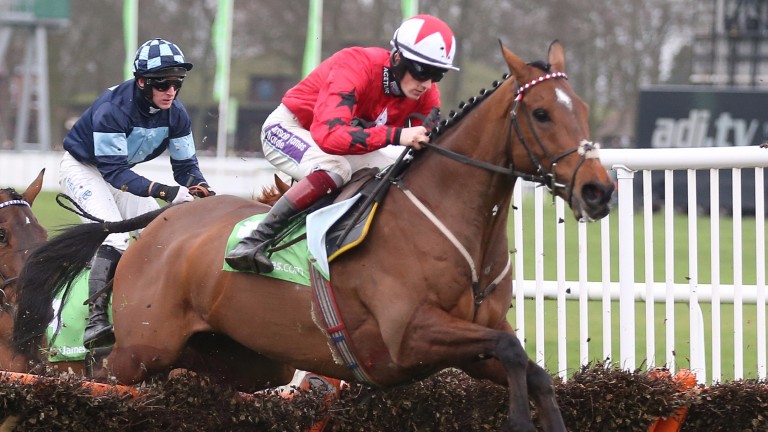 Plans to send The New One chasing could be shelved following the cancellation of Exeter's meeting on Friday.

Nigel Twiston-Davies had hoped to give The New One his debut over fences at Exeter but the meeting failed to pass an 8am inspection as patches of frost were in the ground, with low temperatures offering little hope of improvement.

Twiston-Davies had the option of rerouting his star to Sandown on Saturday for the Grade 1 Racing Post Henry VIII Novices' Chase, but the horse did not feature among four declarations, which were headed by Racing Post Arkle favourite Altior.

A surprise appearance over hurdles next week could now be on the cards for The New One.

"It's very annoying that Exeter was off as we were looking forward to it," Twiston-Davies said. "We are not sure where we go next with The New One but it could be that we enter him in the International Hurdle at Cheltenham."

The track had been due to inspect at 7.30am, but shortly before clerk of the course Andrew Cooper ‏(@ACooperClerk) tweeted: "Racing goes ahead @Sandownpark on Friday. After early frost last night, temperatures now +4 and rising."