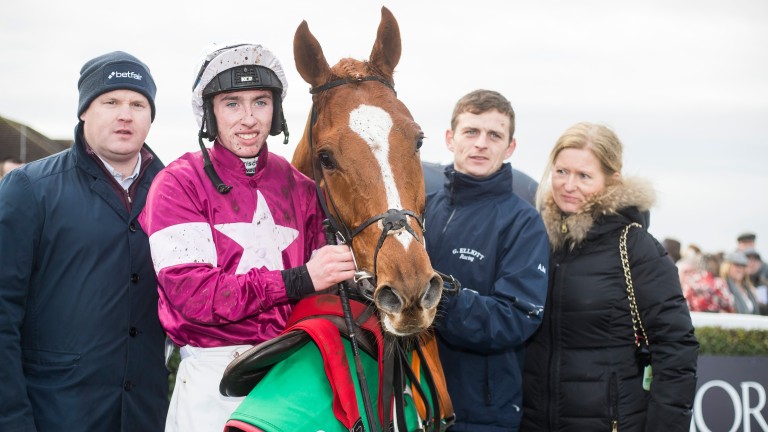 Samcro, favourite for the Ballymore Novices' Hurdle at Cheltenham, has been entered for the BHP Insurance Irish Champion Hurdle at Leopardstown next month but is more likely to stick to novice company at the two-day Dublin Festival of Racing.

The unbeaten six-year-old was one of nine Gordon Elliott-trained horses who exercised at Leopardstown on Tuesday morning at the launch of the festival on February 3 and February 4.

Ridden by his regular work partner Shane McCann, known in Elliott's yard as 'The Judge', Samcro was accompanied by stablemate Rapid Escape, a three-time bumper winner, in a leisurely lap of the track and afterwards Davy Condon, representing Elliott who was attending the funeral of his long-time friend John Lynch, said: "Samcro is in three races on Leopardstown's big weekend and Gordon told me this morning that he's leaning towards running him in the Grade 1 Lacy & Partners Solicitors Novice Hurdle over 2m6f.

"The alternatives are the Irish Champion Hurdle and the Grade 1 Deloitte Novice Hurdle over 2m, but at this stage Gordon is favouring the longer race. Shane was happy with him out there this morning." 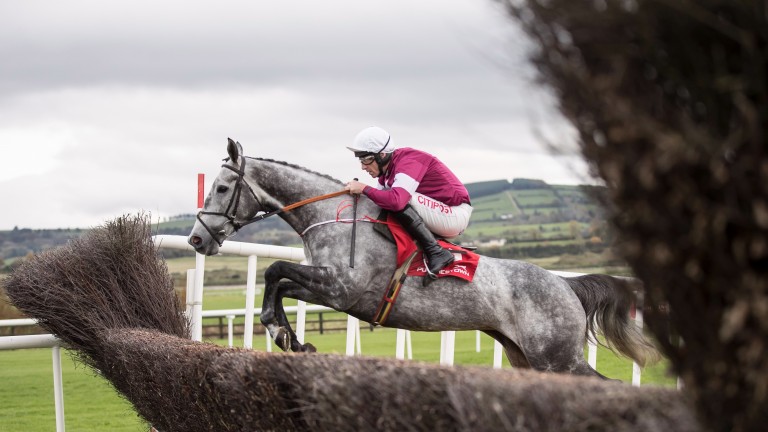 Petit Mouchoir: on course for the Irish Arkle at Leopardstown
Patrick McCann

Winner of the Irish Champion Hurdle a year ago, Petit Mouchoir began his career over fences with a seven length win at Punchestown in October before meeting with a setback and De Bromhead is pleased with the seven-year-old's progress.

"Petit Mouchoir is working well and we're targetting the Arkle. We're happy with the way he's going and, hopefully, that will continue to be the case. He twice finished in front of Footpad over hurdles, so he's entitled to take him on again."

Road To Respect, Balko Des Flos and Outlander who completed a 1-2-3 for Gigginstown House Stud in the Grade 1 Leopardstown Christmas Chase last month are all under consideration for the Grade 1 Unibet Irish Gold Cup over the same course and trip on February 4.

Dual Grade 1 winner Road To Respect was the only one of the trio on show at Leopardstown yesterday and his trainer Noel Meade said: "The Unibet is the plan although that might change. The worry I'd have would be the ground coming up very heavy as he prefers it better." 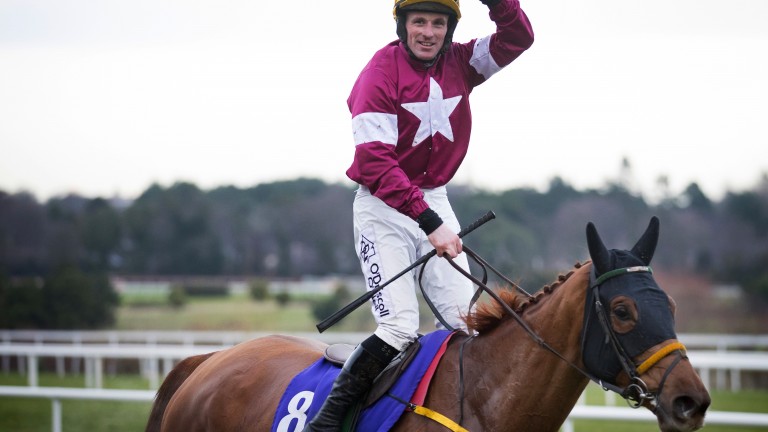 Road To Respect: will run in the Irish Gold Cup unless the ground is very heavy
Patrick McCann (racingpost.com/photos)

Ground conditions are also important to Balko Des Flos of whom Henry De Bromhead said: "He's shown that he's most effective when the ground isn't too testing. He ran a blinder on yielding ground at Christmas.

"Valseur Lido ran very well in the same race, finishing fifth. He got tired which wasn't surprising as he's been off the track. He's in the Unibet and could go there."

Espoir D'Allen, an 8-1 shot for the Triumph Hurdle, will bid to make it five from five over hurdles in the Grade 1 Tattersalls Ireland Juvenile Hurdle on February 4.

After Barry Geraghty partnered him in a seven furlong canter at Leopardstown, trainer Gavin Cromwell said: "Everything is good with Espoir D'Allen. He's improved with each run and while he probably hasn't had a proper test yet, the Leopardstown race will tell us more."

FIRST PUBLISHED 6:34PM, JAN 16 2018
Samcro is in three races on Leopardstown's big weekend. Gordon told me this morning that he's leaning towards running him in the 2m6f Grade 1 novice

Henry de Bromhead a freeman of Waterford after this year's historic triumphs Cheltenham, Aintree - and now Ascot? De Bromhead adds filly to Coronation mix Samcro still has the Galway Plate lined up - and could wear headgear