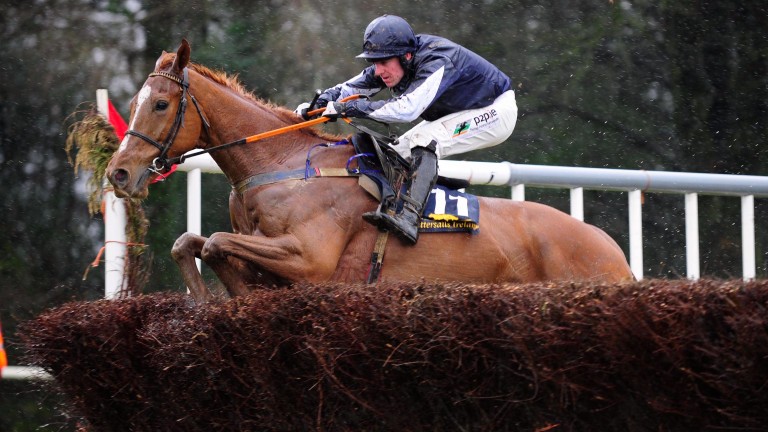 The racing world is waiting to see what heights Samcro can scale but leading amateur jockey Barry O'Neill, who rode the unbeaten five-year-old to win in his point-to-point, believes the star novice is a Cheltenham Gold Cup winner in waiting.

Following a stunning display in the Grade 3 Monksfield Novice Hurdle at Navan on Sunday, Samcro shortened at the head of the markets for the Grade 1 novice events at the Cheltenham Festival and was on Monday a top-priced 5-2 for the Ballymore Properties Novices' Hurdle.

Reflecting on the Gordon Elliott star's progress from his initial point-to-point win at Monksgrange in April 2016 when trained by Colin Bowe, the rider who has partnered future Cheltenham Festival and Grand National winners said: "From the word go, everyone who sat on Samcro was like 'oh my God, what is this?'.

"We went to Monksgrange, our local point-to-point, feeling that we had something special."

The son of Germany changed hands for £335,000 at Aintree the week after his maiden success and O'Neill recalled: "He actually missed the third-last a little bit but as soon as I gave him a little squeeze he jumped back into the bridle. Going to the last he just felt like something different."

He added: "It wasn't that everything he did was flashy, it was all just so perfect – a big powerhouse of a horse. The feel he'd give you was unbelievable."

BoyleSports are 14-1 and Paddy Power 10-1 about Samcro winning the Cheltenham Gold Cup one day, while Ladbrokes go 8-1 that he achieves the feat before 2023, and O'Neill said: "Samcro is definitely the best horse I've ever ridden. He looks so exciting, doesn't he? He's got everything."

Asked whether the unbeaten point-to-point, bumper and hurdle winner can claim a Gold Cup crown in the future, O'Neill, without a second's doubt, replied: "I do. In my eyes he has as good a chance as any horse I've ever sat on."

Samcro is effortless in winning the Monksfield Hurdle at Navan
Alain Barr (racingpost.com/photos)

The Gigginstown House Stud-owned star was moulded in County Wexford by champion point-to-point trainer Bowe, with the early recognition of Samcro's talents coming after racing at Leopardstown one evening.

Bowe recollected: "He had a nice little bit done when he came here at first, even some cross country work, and everything was effortless to him. He went around Leopardstown with Shantou Flyer [Grade 2 winner over fences] after racing once and matched him for every stride. After that we knew we had something above average."

Described by his current trainer as having the necessary speed for the minimum distance and the required stamina for three miles, the Irish champion point-to-point rider can find no faults with the phenomenal novice hurdler.

"You never ride a horse like him that just has it all," O'Neill said.

"It's difficult to name one attribute that sets him apart, but he actually has no faults. Samcro is so laid-back that you could ride him in any position. His brain is a great asset to him."

Colin Bowe believes Samcro's disposition is the making of the O'Leary's future star.

He said: "Samcro is a real gentle giant and it's his temperament that makes him special. He lost his front tooth in the walker here one day, which I'd say he's still missing, and when the vet came he just stood in the middle of the yard and dealt with everything without sedation." 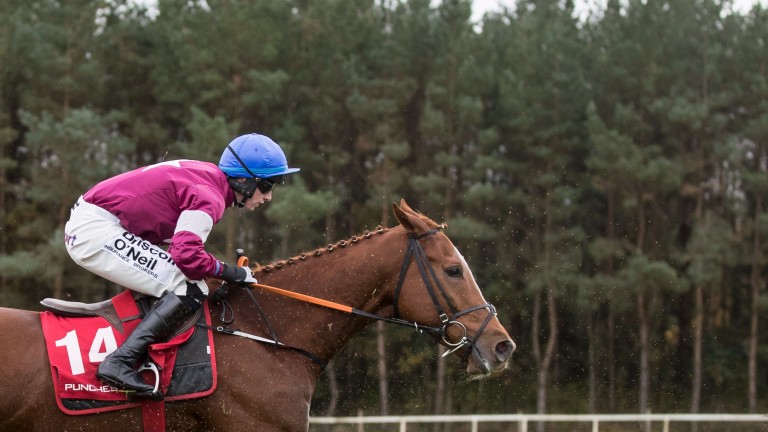 Dermot Swan, who rode the Festival favourite every day when based with Bowe, reflected: "You could put a two-year-old child on his back, he was that quiet.

"I still get nervous watching his races now even though I haven't seen him since he was sold at Aintree. I led him up and couldn't walk with him – he covers so much ground you almost have to run to keep up with him."

Asked where in the rankings of quality horses in Bowe's multiple Cheltenham Festival winner-producing base does Samcro stand, he said: "We've had plenty of good ones go through here before but there's been nothing quite the same as him.

"Gordon Elliott is surrounded by great horses and when you hear him talking about him as a superstar, you have to think he's the real deal."

Samcro "a real crowd-puller" to Navan

He said: "We were delighted with how we were supported by so many brilliant trainers, but Samcro was a real crowd-puller. From watching back the RTÉ News' coverage of the meeting, I could actually hear the roar from the grandstand which was fantastic."

Of the attendance for the Sunday fixture, Killeen revealed: "We were marginally up on last year's attendance with 4,612, but the atmosphere around the place was really great. Samcro just blew everyone away."

Picture gallery: a big-race double for Elliott at Navan