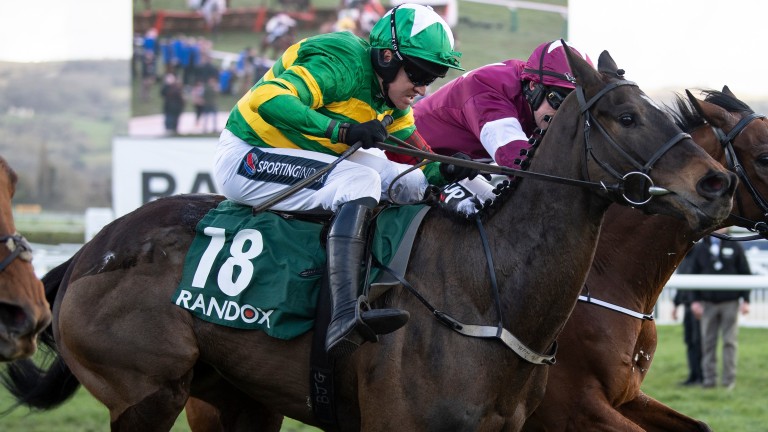 The 2020-21 Irish jumps trainers' championship has the makings of the most ferocious battle yet between Willie Mullins and Gordon Elliott, and Sunday's Unibet Morgiana Hurdle looks a straight shootout between the two powerhouse operations once again.

It's JP McManus versus Gigginstown, Saint Roi versus Abacadabras.

This race has historically been a monopoly for Mullins, who is seeking his tenth Morgiana win in a row and an 11th in total, but his sole candidate this time around arrives here with no previous Grade 1 experience, something each of his last nine winners have brought to the table.

Whatever Saint Roi lacks in top-level knowhow he undoubtedly makes up for in massive potential, as he is likely to be sent off the odds-on favourite here and is already a 7-1 chance for the Unibet Champion Hurdle at Cheltenham in March.

This will be his toughest task yet on ratings, though, and the race has seen some top Mullins-trained performers turned over at short prices in recent years, including Klassical Dream (2-5) and Faugheen twice (2-5 and 1-6).

Saint Roi looks to have all the necessary tools to avoid the same fate, but Abacadbras is capable of mixing it with the best hurdlers around when bringing his A-game, albeit he too needs to improve from his Down Royal defeat at 8-15 last time.

It has been 20 years since Jessica Harrington won this race with the marvellous Moscow Flyer and she sends out former Irish Champion Hurdle hero Supasundae this time around, who needs to improve considerably from last week's Lismullen Hurdle reappearance.

Coeur Sublime, second to Pentland Hills in the 2019 Triumph Hurdle, would be entitled to need his comeback run on his first start since joining trainer Gearoid O'Loughlin from Elliott, while Jason The Militant looks up against it but will prefer the more testing ground than when third behind Aspire Tower and Abacadabras last month.

Few Grade 1s in the Irish calendar have seen a stranglehold like the one Willie Mullins has on the Morgiana Hurdle and there is a strong likelihood that will continue this year.

The Closutton handler solely relies on the Champion Hurdle second favourite and much will be learned about how high he can fly in this five-runner affair.

Supremely impressive in the County Hurdle at the Cheltenham Festival, he took the massive jump up from a Tramore maiden hurdle win to one of the hottest handicaps of the season seamlessly in his stride. Since then he was well treated by the race conditions when winning at Tipperary on his comeback last month.

"He's been doing well since his run at Tipperary," said Mullins of the five-year-old, who produced a notably impressive piece of work prior to last season's festival.

"I think the ground and trip will be fine for him. He's an improving horse and has to step up now that he's into this grade, but we're looking forward to it. It's been a lucky race for us through the years."

Elliott expecting improvement from Abacadabras after Down Royal defeat

There was a mixed reaction to Abacadabras' defeat to Aspire Tower in the WKD Hurdle at Down Royal 16 days ago, but the fact that bookmakers pushed him out to as big as 10-1 in places (from 5-1 and 6-1) for the Champion Hurdle tells you he did not enhance his Cheltenham credentials by any means.

Gordon Elliott admitted he was disappointed, but has stressed that he feels last year's Supreme Novices' Hurdle second will improve from that near five-length loss, bidding to bounce back to something like his Grade 1 form from last term. 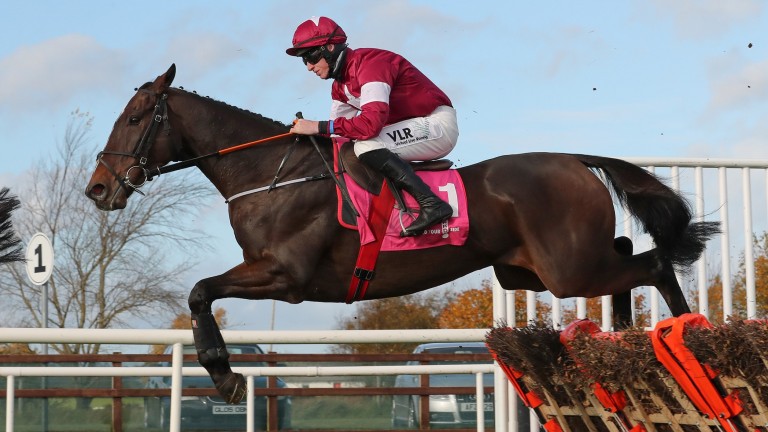 Abacadabras: second in the WKD Hurdle on his return at Down Royal
Caroline Norris (racingpost.com/photos)

This could be classed as a retrieval mission of sorts for the talented six-year-old, but it's worth remembering that while he's open to progression, he boasts the highest rating on offer here, 2lb more than the 156-rated Saint Roi.

Elliott said: "He's in good form and he should improve from his first run of the season at Down Royal – we think he has at home and he needs to. Naturally we were a bit disappointed to be beaten, but we're looking forward to seeing him back out again."

Kate Harrington, assistant to Jessica Harrington, trainer of Supasundae
He's coming back just a week after his run at Navan, but we're very happy with how he came out of the race. It looked as though he was going to have a chance before turning in when he took a blow, but hopefully he'll improve from that. 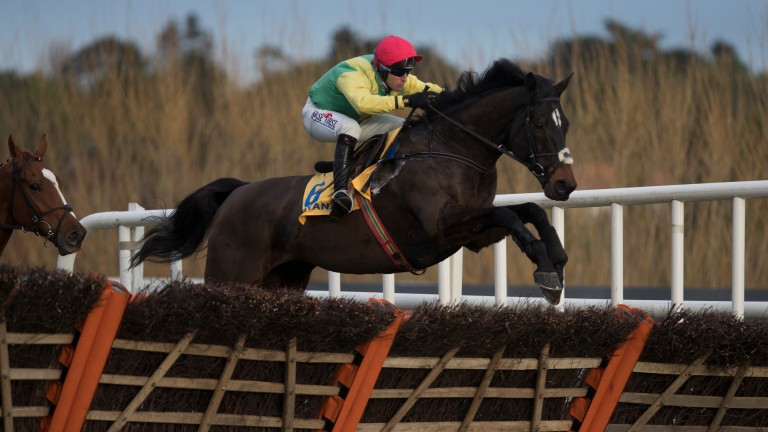 Gearoid O'Loughlin, trainer of Coeur Sublime
It's my first runner in Grade 1 so I'm looking forward to it. It's probably going to be a tough ask for him on heavy ground without a run under his belt, but hopefully he can run a nice race and progress from it on to Christmas. He's only a five-year-old so his best days are ahead of him.

Henry de Bromhead, trainer of Jason The Militant
He should love the cut in the ground. He ran well back over hurdles at Down Royal last time and seems to be in good form since.

FIRST PUBLISHED 6:00PM, NOV 14 2020
He's an improving horse and has to step up now that he's into this grade, but we're looking forward to it