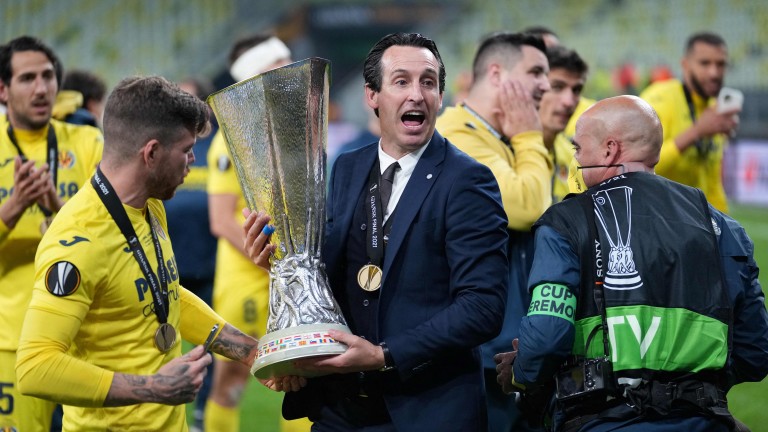 Europa League winners Villarreal contributed to big losses for the former punter Trent Peek who turned his life around after talking to GamCare
MICHAEL SOHN
1 of 1
UPDATED 2:38PM, NOV 4 2021

A problem shared is a problem halved, but how can you do that if you are unaware there is a problem in the first place? And that is one of the scariest aspects of problem gambling – it can be hidden until it is too late.

We probably have a picture in our head of an alcoholic or a drug addict but what about someone whose betting has spiralled out of control?

In my mind it's a guy stuck to a FOBT. He's feeding the machine for as long as he is allowed, stopping only to blindly back the favourite in a dog race. It's just not true.

Problem gamblers come in all forms and when looking at where to start on this column, briefed how to be a better friend to a bettor, I wanted to get into the mind of somebody who you wouldn't know had an issue.

Help was at hand from my colleague Ian Wilkerson, who interviewed Trent Peek for an article on FreeSuperTips. Peek, 30, is chief executive of a group of five companies in Nottingham. He is also a recovering addict who sought help from GamCare and wants to share his experiences.

It's fair to say Peek was not the definition of a mug punter. He won enough money betting on football for it to be deemed his job, a job that enabled him to buy a flat and a car. He was living the dream, until it turned into a nightmare of deceit, hiding his addiction from friends and family as he chased losses.

"With gambling, the more you do it and the worse the situation gets, the better you become at hiding it," Peek explains. "You may have lost £5,000 in the toilet but you come out, put a face on and no one will ever really know."

Peek sets a scene that will be familiar to many reading this.

"I was at a mate's house, his parents were away and we were having a few beers." Nothing out of the ordinary to this point you may think, only Peek also dropped £24,000 betting on the Europa League that evening.

With the help of GamCare, Peek has turned his life around and as well as professional guidance he believes talking to his friends has played a significant part in the recovery process. 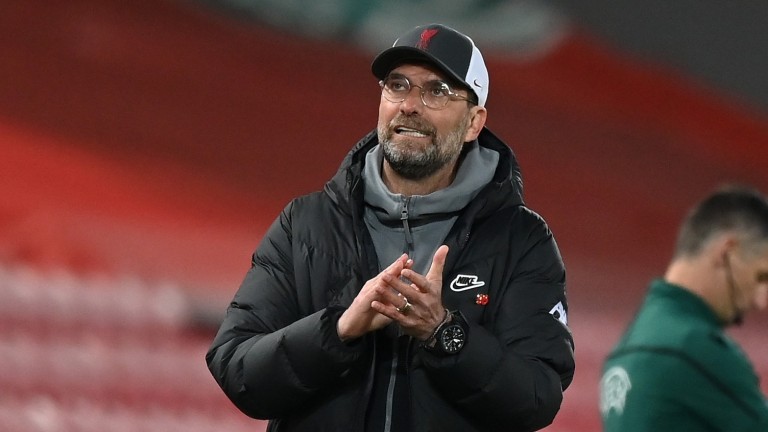 Jurgen Klopp: Anfield supremo the master of the art of 'gegenpress'
Shaun Botterill

Not every person will find the strength to tell their friends. Nine hours on why Ole is out of his depth at United is easy – talk about a real issue and the conversation swiftly moves on to some dodgy video someone has seen on WhatsApp. Even writing this is awkward. Give me 500 words on Jurgen Klopp's 'gegenpress' any day.

Betting is my number one hobby so I am surrounded by other punters. It's been the same for as long as I can remember – I knew the ins and outs of a football coupon long before I flopped in my GCSEs – and punters are typically the best of people but it is the responsibility of us all to look out for friends in need.

Perhaps it is the subtle changes. The relay dash between pub and betting shop on a Saturday is now much less about the pints, or maybe they are turning down social events due to a lack of cash. Possibly there is a sudden interest in the result of Lokomotiv Plovdiv.

I can look back in regret at light-hearted mocking when someone staked smaller than I considered a proper bet, or laughing when asking someone, "How's the punting going?" and it's followed by a tale of woe.

That's not coming from a place of cruelty, more a natural reaction for those of us who don't want to have that chat. Laugh it off, dust yourself down and win it back tomorrow.

For the vast majority of people I know that is the case and long-term their expert decisions will pay dividends rather than short-term results, but on reflection what can be lost by at least suggesting they could take a break?

Perhaps you even have to be direct. "Do you think you may have a gambling problem?"

Hopefully they don't, but at least it starts the conversation and the other person knows you are open to having the difficult talk.

"Having someone asking me bluntly if I had gambled that week was a good thing for me," Peek said during his sessions with GamCare.

On reflection I can definitely be a better friend to a fellow bettor. Can you?