Paul Merson: in the first lockdown last year I lost our deposit to buy a house

James Milton on Hooked, the frank account of the Arsenal star's addiction 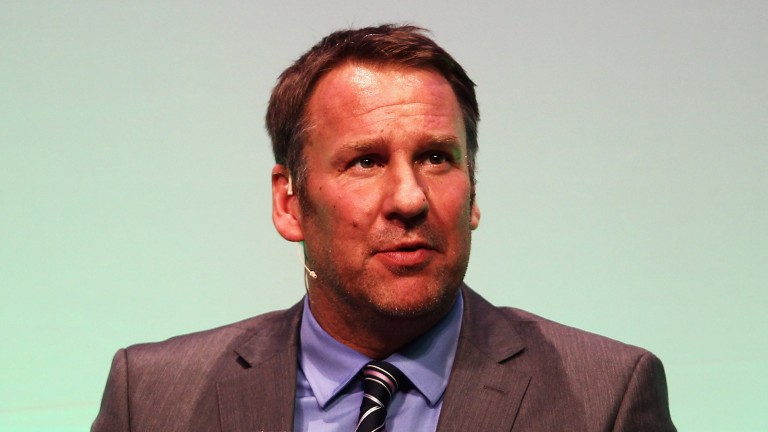 The cover of Paul Merson's 2011 book How Not To Be A Professional Footballer featured the former Arsenal, Aston Villa and England star's grinning face superimposed on a can of lager.

Merson's latest memoir, Hooked, has a very different tone. It details a 20-year professional career in which he won league titles, cup finals, promotions and 21 England caps, but its primary concern is the story of his addictions to alcohol, cocaine and, most devastatingly, gambling.

That strand of his life began at the age of 16 when, after an Arsenal training session, he lost his £100 YTS wages within ten minutes of entering a Finsbury Park betting shop.

Ashamed, he told his mum he had been mugged, marking the start of decades of compulsive betting, of secrecy and deception, lying to friends, family, teammates, managers and, inevitably, himself.

Those years during which Merson "worked hard to make sure no-one had the full picture" help to explain the urgency and unvarnished frankness of Hooked.

"In the first lockdown last year I lost everything," he writes. "There were no physical GA [Gamblers Anonymous] meetings and I didn't look after myself properly. I lost our deposit to buy a house, lost the lot."

The scale of Merson's betting is staggering. He tried to pay for his wedding with a big bet on Scotland to beat Costa Rica at the 1990 World Cup (Scottish fans won't need reminding that Los Ticos won 1-0). Many years later, he had £50,000 at 5-6 on his Portsmouth side to win at Wimbledon. His early goal put Pompey ahead but they ended up losing 2-1.

One chapter is simply entitled '£7 million' (the amount he reckons he lost during his playing career) and he gambled away his £750,000 PFA pension when – despite being "the most well-known addict in the game" – he was offered it as a lump sum on his 35th birthday.

Watching himself talk about his gambling on Harry Redknapp's ITV show Harry's Heroes was a revelatory experience for Merson. Before that he would think: "Oh, I ain't that bad", safe in the knowledge that "big wages gloss over everything".

He points out that "rock bottom for the compulsive gambler on Premier League wages is like a trampoline, you can usually bounce back because another 100 grand is coming next month".

That guarantee of more "ammunition" was one factor in his inability to stop betting, although he also feels his case merited tougher interventions from bookmakers. Safer gambling measures that rely on self-referral, he says, are "not much use to me".

The trampoline Merson mentions disappeared, along with any kind of safety net, at the end of his playing career. Struggling to make an impact at Walsall, his final league club, he realises "the thing that had propped up my self-worth for so long was fading away".

Merson's experiences of residential rehab and therapy have given him valuable insights into the nature of addiction. He used alcohol and cocaine to cover up his social anxiety but betting was his most pernicious problem.

"Gambling is invisible," he writes. In one scene that depicts the brutal isolation felt by addicts, he recalls sitting in a hotel room before an evening away fixture, wanting to break his own fingers so he wouldn't be able to place any more bets.

Two key themes are the need for the addict to banish self-loathing – understanding that they are "ill" rather than "bad" – and also to accept support from people around them.

Hooked is not a manifesto on how the betting industry should improve its approach to compulsive gambling. However, Merson emphasises his desire to help others on "the long road to recovery" and his honest, compassionate book extends a comradely hand to those struggling with an addiction that "thrives on you being alone".

FIRST PUBLISHED 6:00PM, NOV 6 2021
Watching himself talk about his gambling on Harry Redknapp's ITV show Harry's Heroes was a revelatory experience for Merson

Foul weather and a right couple of turn-ups, what more could jumps fans ask for? Champion Hurdle alert: amazing Honeysuckle 'could still be improving' The plot against gambling: how a powerful lobby is out to change betting forever Likely weekend winner looks the one to beat for Cheltenham target at 9-2 Denman: 'He could pick you up and chuck you out the box or take your arm off' 'It can transform kids' lives' - the charity inspiring children through horses
Bookmaker
Price
E.W. Terms
bet365
Open Account
Ladbrokes
Open Account
William Hill
Open Account
Coral
Open Account
Paddy Power
Open Account
Betfair
Open Account
Sky Bet
Open Account
Sporting
BetVictor
Boylesport
888sport