David Milnes is given an exclusive look at stunning gallops 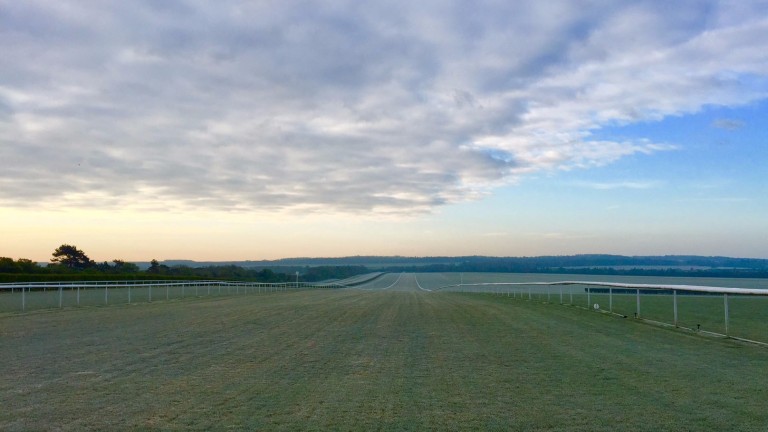 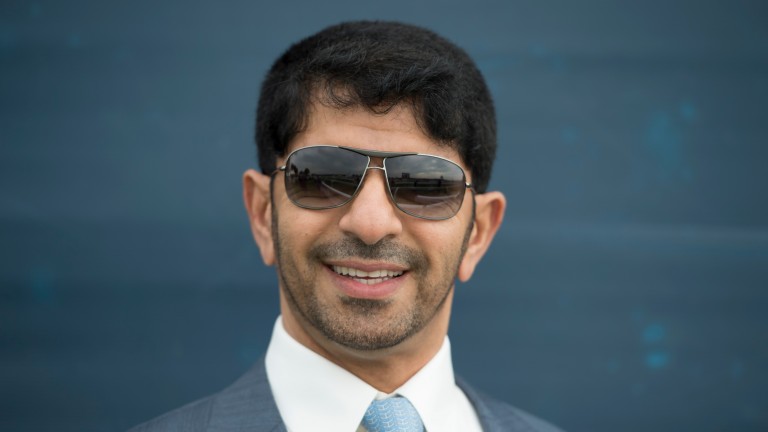 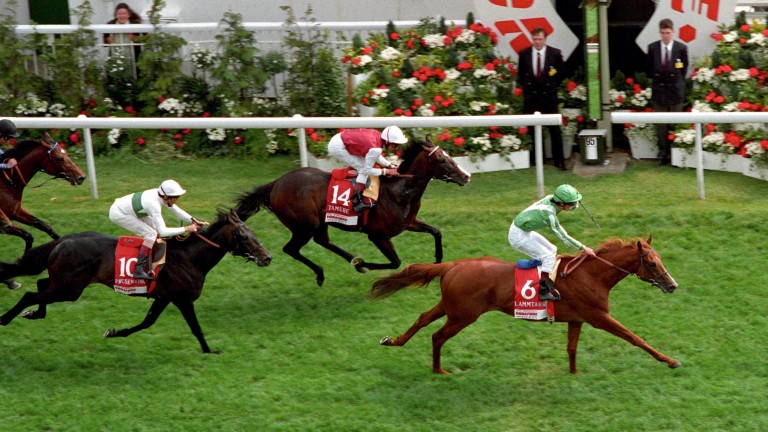 Tucked away just off the Snailwell Road in Newmarket is a vast Godolphin site that until now has been off limits to any press or media since its construction nearly 30 years ago.

Although it borders the small settlement of Snailwell, the 250-acre working grounds are locally known as Chippenham, which is the name of an even more distant village where it was rumoured the really good horses pull up.

Originally laid by John Gosden, the site is now the playground of Saeed Bin Suroor, Godolphin's longest-serving trainer, whose Stanley House Stables lie just on the other side of the busy A14 (thankfully there is an underpass).

Last week, the Racing Post was given first access to the stunning location where so many greats have been nurtured on a private grass gallops and neighbouring lavish Tapeta facilities.

Well out of sight of local workwatchers, legends such as Lammtarra, Mark Of Esteem, Dubawi and Shamardal have all seen action here over the years, and more recently current stable stars such as Thunder Snow, Dream Castle and Benbatl. 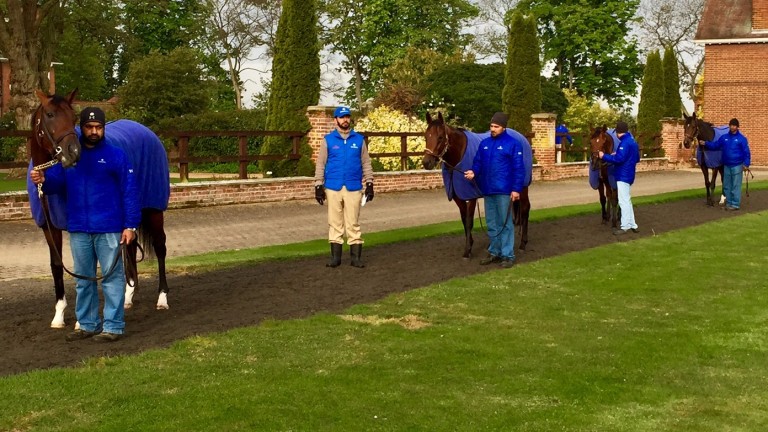 The location, just a ten-minute walk, could not be any more convenient for the team from Godolphin Stables and, as it is private, there is no getting up extra early to bag the best ground as there would be on the Limekilns and other bustling facilities.

Bin Suroor, who was crowned leading trainer at the Dubai Carnival for the eighth time in March, said: "We are lucky at Godolphin to have special gallops at Chippenham, which are a real help during the season and Sheikh Mohammed especially likes coming here as it's very peaceful.

"We have our own watering system when it's too dry to allow us to continue to use the grass. Many great Godolphin horses have used them over the years and hopefully will continue to do so." 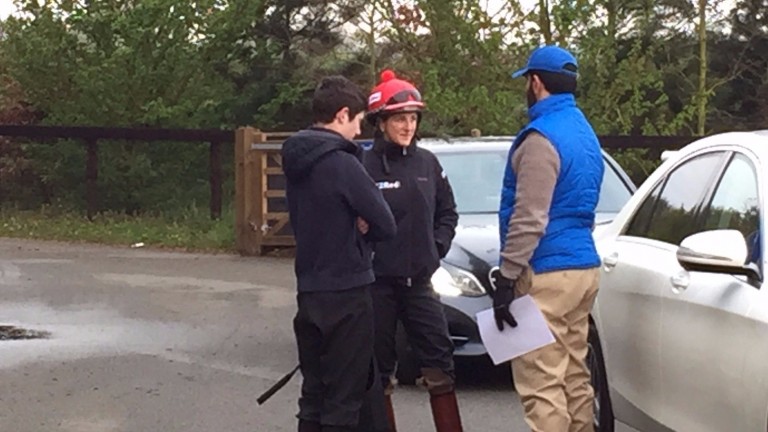 At the foot of the gallops is a car park where jockeys Oisin Murphy and Josephine Gordon are already in wait to ride work, even though it is 6am. Both riders have had productive spells in the Godolphin blue of late and Murphy had a particularly early start.

He said: "I left home in Lambourn at 3.45am to get here and my last ride is at Chelmsford at 8.45pm tonight. Its a long day but it's nice being busy."

After putting the promising Emirates Flight through her paces, Gordon is later at the historic yard, formerly known as Stanley House and built in 1903.

Commenting on current riding arrangements, Bin Suroor said: "Oisin and Josephine rode work this morning, but since last August there is no number one jockey here. James Doyle rode for us last year but this year we are using the best available." 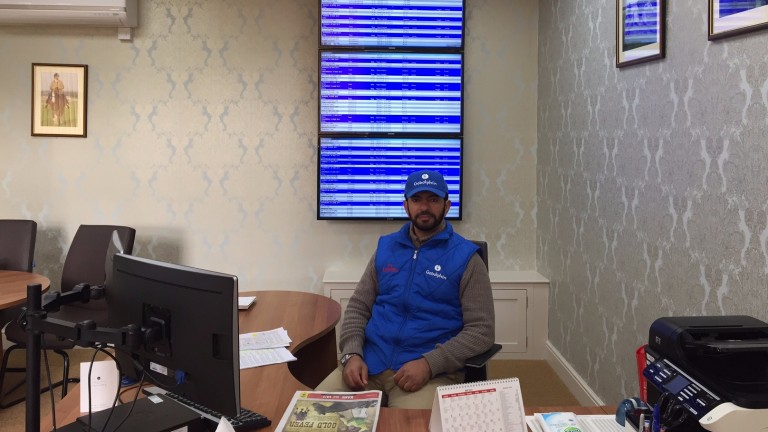 At his yard, Bin Suroor has a top team around him, including his assistants Tony Howarth and Chris Burns, and has just welcomed another familiar face back to the fold.

He revealed: "It's great that we have Kieren Fallon back with us as his experience and feedback is a real help. He was with us in Dubai over the winter and has now joined us full time as a work-rider." 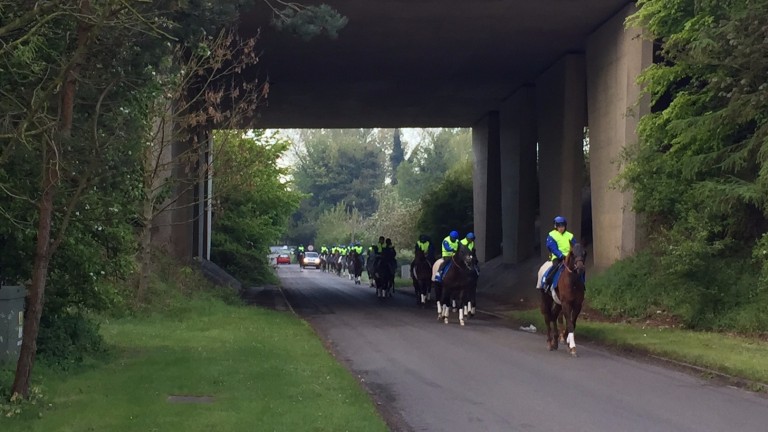 Saeed Bin Suroor's string head out to the gallops

The four-time champion trainer has won more than 2,000 races in a career that kicked off in 1993 but it is his relationship with 'the boss' that shines through.

He said: "I take all instructions on runners direct from Sheikh Mohammed. He may be busy running Dubai but he still finds time for us and I'm looking forward to seeing him at the Guineas meeting, when hopefully our horses will do him proud."

Brilliant Baaeed strolls to fourth victory to leave Haggas aiming at the top Bold Juddmonte International plan shows Alcohol Free team lack nothing in spirit Oisin Murphy: we'd be looking at the 1,000 Guineas winner if she was healthy Forgive the gushing enthusiasm but I feel like I have seen something special Charlie Appleby outlines plans for top three-year-olds Adayar and Hurricane Lane Oisin Murphy to bid for Arc history on star Japanese mare Chrono Genesis