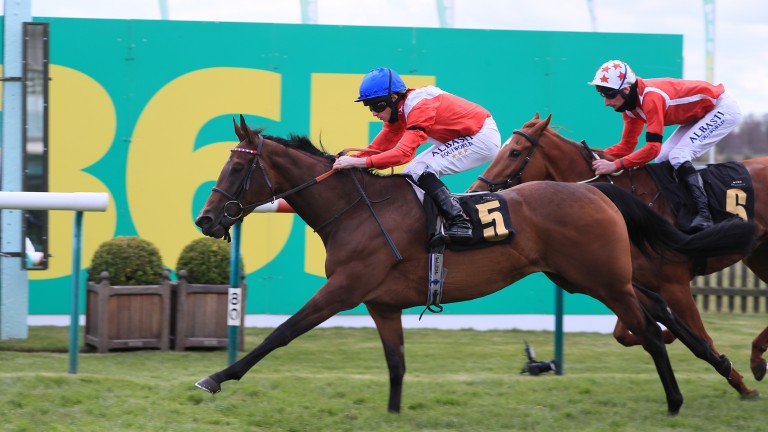 Sacred: defeated Saffron Beach and Love Is You in the Nell Gwyn
Mark Cranham
1 of 1
By David Milnes UPDATED 9:40PM, APR 14 2021

Sacred was cut into a general 14-1 to emulate Cheveley Park's Russian Rhythm in next month's Qipqo 1,000 Guineas after landing the Nell Gwyn Stakes under Ryan Moore.

The daughter of Exceed And Excel, who completed a big-race double for trainer Willam Haggas, enjoyed a welcome change of luck having become something of a Group-race bridesmaid in 2020.

Angled out from an unpromising position at the Bushes off a pace set by outsider Chocoya, Sacred struck the front in the Dip and held off the late surge of the smart Saffron Beach.

Sacred had prior knowledge of the Rowley Mile having won on her debut at the track last June before finishing second three times at Group 2 level, including in the Queen Mary Stakes at Royal Ascot.

The three-year-old impressed on her first attempt over seven furlongs and will now step up to a mile for the 1,000 Guineas on May 2.

What our analyst made of Sacred . . .

Sacred showed her gears in moving through the race quite easily and quickly overcoming traffic problems in the closing stages, and she pricked her ears when in front near the line - the only time her rider had to go for the whip.

This form is nothing amazing and a truly run 1m would ask more of her, but she was value for extra and is bred to stay on the dam's side so is definitely worth her chance in the 1,000 Guineas. She was chopped into around 14-1.
Ron Wood

"Ryan said seven furlongs would be her trip but it's a no brainer to go for the 1,000 Guineas as it's back here in two weeks time," Haggas said.

"If needs be she can drop back to seven furlongs later on but she's in good form and she doesn't do much in front. If it's fast ground on Guineas day with a following wind she goes there with a shout.

"Ryan's great as he rides a lot for Cheveley Park and knows what they want and he gave her a lovely ride. She's grown over winter and has a great temperament.

"Her work has been good this spring and she's gone clear of anything she's worked with. It's a great start to the season as she's finally won a Group race and now we'll try to get a bigger one." 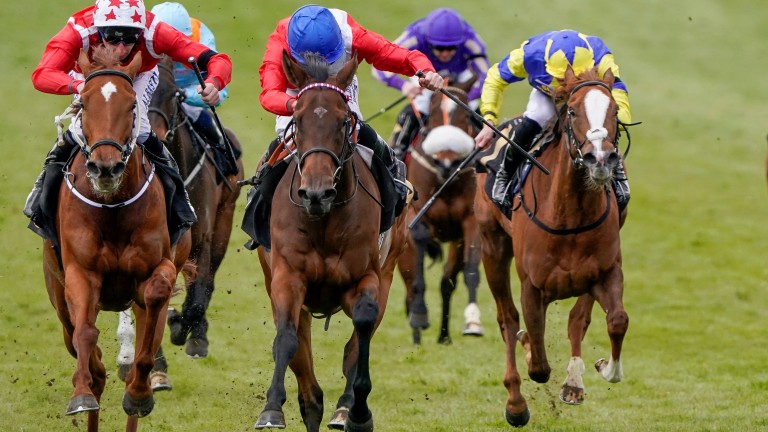 Jane Chapple-Hyam, trainer of runner-up Saffron Beach said: "She ran great and we're looking forward to a rematch with the winner in the 1,000 Guineas.

"Adam Kirby said she took a bit of pulling up so she could well be better over the mile. She's versatile in that she goes on any ground, so that may help her later on in the season."

Jason Watson, rider of third-placed Love Is You, was suspended for three days (April 28-30) for careless riding.

The market for the 1,000 Guineas is topped by the Aidan O'Brien-trained Santa Barbara at 7-4, ahead of Pretty Gorgeous at 7-1.

Prince Imperial keeps in-form trainer Hughes in the winning groove Brilliant Baaeed strolls to fourth victory to leave Haggas aiming at the top Will Baaeed end the year as the best miler in Europe? Our experts have their say 'Our most exciting horse in a long time' - plans set out for electrifying Baaeed Is Baaeed a Group 1 horse in the making? Graeme Rodway gives his verdict 'Horses make a fool of you' - Angel Bleu makes quick reappearance a winning one