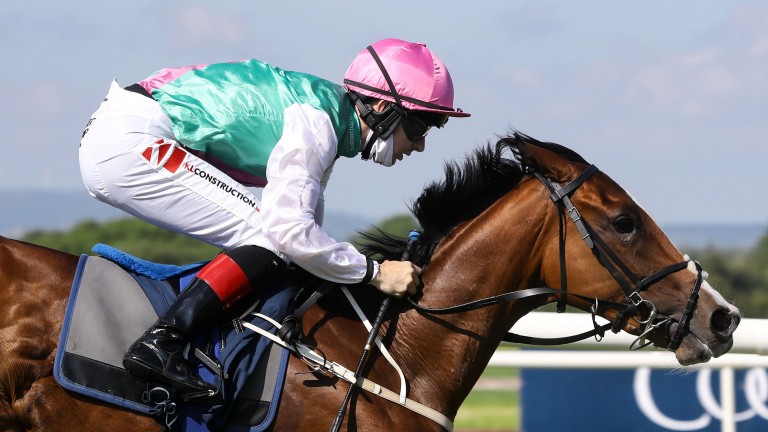 Sacred Bridge: will try to make it three from three in the Ballyhane Stakes at Naas on Monday
Lorraine O'Sullivan (racingpost.com/photos)
1 of 1
By Brian Sheerin 7:35PM, JUN 30 2021

The lines between triumph and disaster were a blur as the Listed Coolmore Ten Sovereign Stakes, won by short-priced favourite Sacred Bridge, was marred by a fatal injury to the Aidan O'Brien-trained Amalfi Coast which happened less than 50 yards from the line.

Jockey Wayne Lordan walked away unscathed from the incident despite being sent hurtling to the turf at full pelt. In fact, it was the Lordan's quick reactions that may well have prevented further distress for the injured animal as he was quick to his feet to catch Amalfi Coast.

Winning trainer Ger Lyons was not in attendance, but his brother and assistant Shane summed up what everyone was thinking afterwards.

He said: “I’d like to offer our sympathy to Aidan and all the team at Ballydoyle for what happened there. It was a horrible thing.”

Colin Keane, unaware of what had unfolded behind him, cruised to a cosy victory aboard Sacred Bridge.

Not only did the Juddmonte-owned filly look above-average in recording her second win in a week, but she showed all the hallmarks of a classy type in standing proud with her ears pricked for her post-race photograph. 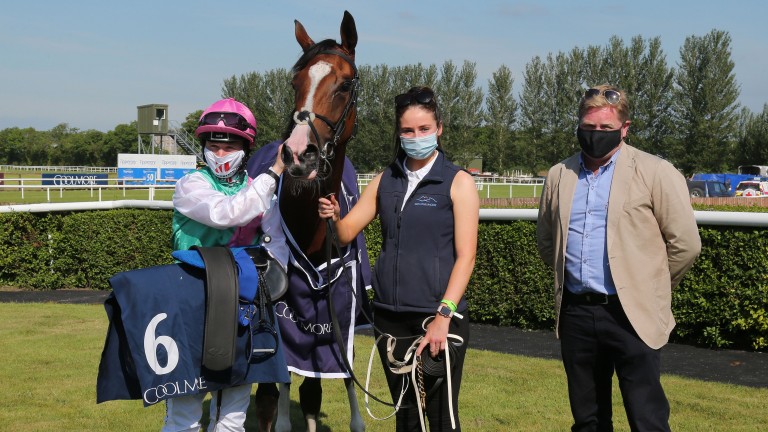 Lyons said: “We’re very happy with that. She won last week and we thought this represented a good chance. She had actually put on weight since winning at Naas and gave us all the signs she was ready to go back. We did very little with her since last week, but she did that well again.”

He added: “She was genuine and Colin was very sympathetic. He absolutely loves her temperament. She will mix and match between five and six furlongs. It was important to get black type with her and we will go back to the team and set out a plan. She has an exciting future – she oozes class.”