Ryanair Chase value to soar to £400,000 as sponsor signs up to five-year deal 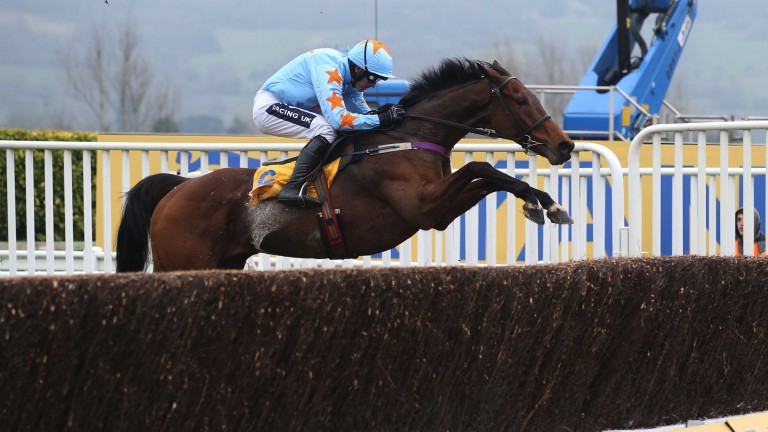 The status of the Ryanair Chase looks set to continue its relentless ascent after the sponsor revealed a fresh five-year commitment to the Grade 1 that formally confirms its usurping of the Stayers’ Hurdle as the marquee event on day three of the Cheltenham Festival.

“We are pleased to extend our sponsorship of the Ryanair Chase for a further five years as Cheltenham is the major jumps festival which enables Ryanair to carry tens of thousands of Irish jump racing fans to and from the Cotswolds each March,” said the airline’s chief marketing officer Kenny Jacobs of the enhanced deal.

“Ryanair is an enormous supporter of the bloodstock industry in Ireland and the UK as we fly to most of the major racecourses, breeding and sales centres in Aintree, Cheltenham, Newmarket and Doncaster.”

Last year, the only races at the festival worth £400,000 or more were the Timico Cheltenham Gold Cup and Unibet Champion Hurdle. As of this year, the Betway Queen Mother Champion Chase will be worth £400,000, so the commitment to take the Ryanair Chase to that level catapults it into an elite realm.

Having evolved from the old Cathcart Chase into the Daily Telegraph Trophy when the festival added a fourth day in 2005, the new day-three feature event was sponsored by Ryanair for a first time in 2006 and became a Grade 1 two years later.

Imperial Commander won the race in 2009 before going on to secure Gold Cup glory in 2010, and Don Cossack, whose owner Michael O’Leary has yet to win the race that he sponsors in his guise as Ryanair chief executive, finished third behind Uxizandre in 2015 en route to his Gold Cup success 12 months later.

With horses of the calibre of Vautour, Cue Card and the reigning champion Un De Sceaux all doing their bit to enhance the profile of the Ryanair Chase, Ian Renton, Cheltenham’s managing director, welcomed the sponsor’s prolonged commitment.

He also expressed a wish that O’Leary, who has had the runner-up in the race on four occasions, might enjoy some better fortune in the not too distant future.

“We are delighted that Ryanair is renewing sponsorship of the Ryanair Chase for a further five years,” Renton said.

“The race has gone from strength to strength since its inception in 2005 and Ryanair’s support is very much appreciated. I just hope at some point that Michael manages to win the Ryanair Chase!”

FIRST PUBLISHED 10:13AM, JAN 25 2018
The race has gone from strength to strength since its inception in 2005 and Ryanair’s support is very much appreciated