Ryanair boss O'Leary: moving to RUK will be 'very bad' for Irish racing

Horse racing: Michael O'Leary has described the move of Irish racing from ATR to RUK as a "retrograde step"
Alain Barr (racingpost.com/photos)
1 of 1
By Richard Forristal UPDATED 4:49PM, FEB 5 2018

Gigginstown Stud boss Michael O'Leary, chief executive of Ryanair and one of Europe's most successful businessmen, has added to the growing chorus of concern surrounding next year's move of Irish racing from At The Races to Racing UK.

O'Leary called the move "very bad" for Irish racing and a "retrograde step", adding that fewer people would watch Irish racing on its new home.

JP McManus on Saturday said he was saddened by the revelation that ATR are to be replaced by RUK as the broadcaster of Irish racing as a consequence of a March 2016 arrangement between SIS and Horse Racing Ireland (HRI) and the Association of Irish Racecourses (AIR), while Willie Mullins described himself as disappointed by the move.

"It's a very retrograde step," he said. "I think it's very bad for Irish racing. Racing UK provides a terrific service and it's a fantastic operation. But I don't want to be watching Irish racing on split screen when I can't see what's going on.

"The great thing about having Racing UK and At The Races is there's competition which provides that platform of Irish racing and UK racing and that brings more people into it. Less people will watch Irish racing when it's on the Racing UK channel."

The deal that was agreed in March 2016 granted SIS effective control of where Irish racing’s direct-to-home pictures are sold.

SIS has consequently eschewed the option to renew its contract with ATR and has instead done a deal with RUK's parent company, Racecourse Media Group (RMG). An AIR board meeting on Tuesday has a right to veto the deal but it is not expected to exercise that right, as it would undermine its contract with SIS.

O'Leary went on to express further reservations about the effect the deal would have on ATR, and the consequent impact on competition in the media rights realm.

"If Racing UK takes over Irish racing then At The Races folds," he suggested. "And what happens then in two or three years' time when the deal comes up again and there's no alternative? I don't understand the decision making.

"If Racing UK offered a huge amount for the rights then fine, but whoever's selling the rights should come out and say that. I've seen nothing yet to say Racing UK have offered double the money. What's the money?"

O'Leary added: "Jumping should be trying to provide competition between Racing UK and At The Races. Let them compete.

"I would be very worried if Racing UK has a monopoly because I don't see At The Races surviving. And that would be a very damaging development to Irish racing."

Those involved in the process are not commenting ahead of its completion, but the Association of Irish Racehorse Owners has also expressed its surprise at the new arrangement. 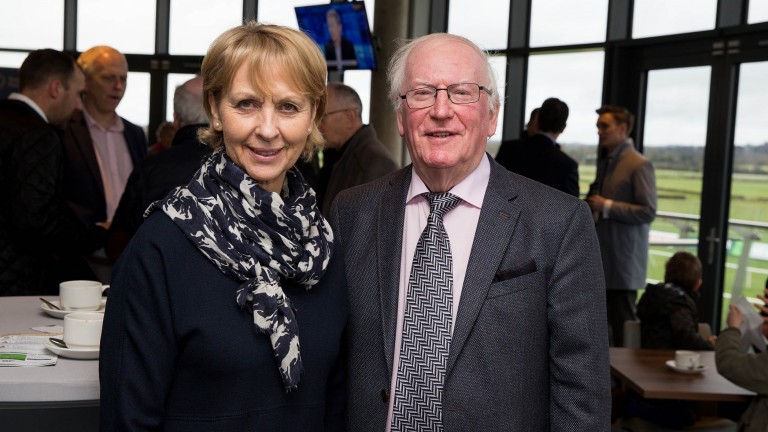 Aidan Burns (right): "We have expressed our concerns to the authorities that Irish racing would not get the same exposure as that given by At The Races and have been given to understand that this will not be the case"
Conor_Healy_Photography

In a statement the AIRO's manager Aidan Burns said: "The revelation that TV coverage of Irish racing would switch from At The Races to Racing UK as from January 2019 took the various bodies within the industry by surprise and the Association of Irish Racehorse Owners shares the concerns expressed.

"We have expressed our concerns to the authorities that Irish racing would not get the same exposure as that given by At The Races and have been given to understand that this will not be the case.

"We are also concerned that Racing UK is an additional subscription channel to the Sky Sports package which included At The Races which will obviously incur more costs to those who watch Irish racing."

While the Racing Post believes that SIS's change of client does not necessarily mean any extra revenue will be available for tracks beyond what was agreed in the multi-million euro deal in 2016, AIRO is requesting that its members share in any extra revenue that might accrue.

The statement read: "It is understood that the income from the deal will mean a substantial sum to Irish racing and while this may be so, and welcomed, it must not be forgotten that owners are a major investor in the industry - without them there would be no industry.

"It is the owners who provide the material for the TV pictures from which the racecourses get this substantial income and this will have to be recognised in a tangible way by Horse Racing Ireland and the Association of Irish Racecourses.

"It is essential therefore that enhanced prize money together with improved on course facilities and other benefits from this deal accrue to owners and, on their behalf, we will seek to obtain them."

FIRST PUBLISHED 6:21PM, FEB 4 2018
Racing UK provides a terrific service and it's a fantastic operation. But I don't want to be watching Irish racing on split screen