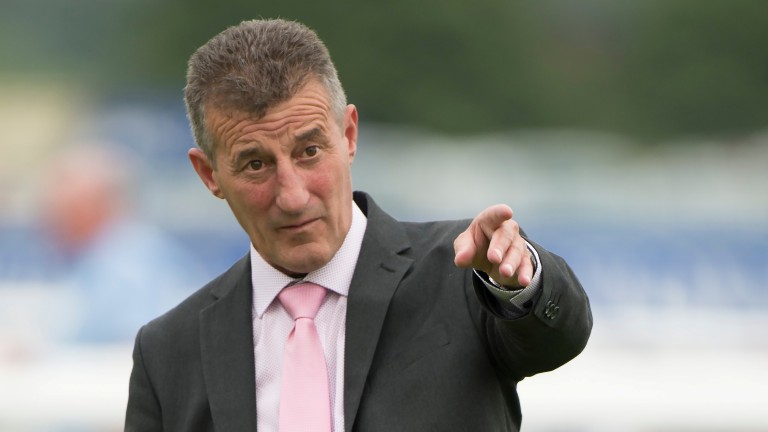 The BHA on Thursday put a stop on runners from the Kevin Ryan stable after an outbreak of the equine herpes virus EHV-1 was confirmed at the yard.

Ryan's stable has been put under temporary quarantine likely to last weeks and no entries will be accepted until the authority is satisfied it is clear of the virus.

The yards of Bryan Smart and Michael Herrington, neighbours of Ryan in Hambleton, near Thirsk, have also been put under quarantine as a precaution, although they have no confirmed cases.

Ryan, who contacted the BHA in the first instance and withdrew his three runners on Thursday on self-certificates that declared they had temperatures, said: "The virus is contained in one horse. The other horses are being monitored. We are taking bloods and have done everything we are being asked to do. Once we get the results back we will have a much clearer idea. The rest of the horses seem fine in themselves and are eating well.

"It is an unfortunate shame that Bryan and Michael have got caught up in this just because of some transport we did together. The staff are working very hard, the BHA have been a big help and all my owners are being fantastically supportive."

The BHA said it was working with Ryan, his staff and veterinary surgeons to ensure the correct disease control measures were in place, including increased biosecurity, further testing and a quarantine stop on the premises.

David Sykes, the BHA's director of equine health and welfare, said: "Cases of the neurological form of EHV-1 are occasional and, while the disease can be extremely serious for the affected horses, with proper surveillance and disease control the virus can usually be effectively contained.

"While the risk of the virus being transmitted in a controlled raceday environment is relatively small, it is in theory possible that horses from the yard in question may have been infectious some time before the disease was diagnosed. For this reason we have taken measures to alert trainers, as well as racecourses and veterinary surgeons, to be vigilant to the clinical signs.

"The decision to close the further yards is based on the identification of risk factors, namely the proximity of yards and the sharing of horse boxes. These measures have been taken as a precaution, with the safety of the horse population very much in mind."

Potentially affected parties are being advised to refer to the National Trainers Federation's Code of Practice for Infectious Diseases of Racehorses in Training, the Animal Health Trust website and the recently launched Horserace Betting Levy Board (HBLB) "EquiBioSafe" app for guidance on surveillance for the disease and steps to take should any symptoms or risks be identified. These steps include immediately contacting Sykes on 07917 424224 and ensuring that the horse is not moved from the premises.

Equine herpes virus is a common virus that occurs in horse populations worldwide. EHV-1 can cause respiratory disease, particularly in the younger population, but will also cause abortion in broodmares as well as causing uncoordination, paralysis and death.

In March, France's champion trainer Jean-Claude Rouget had to put the barn that housed European champion Almanzor into quarantine after a deadly outbreak of the virus claimed the lives of two of his string.

FIRST PUBLISHED 1:27PM, JUN 1 2017
The staff are working very hard, the BHA have been a big help and all my owners are being fantastically supportive

British racing is in a self-inflicted mess - and it's one 30 years in the making Savill plan still leaves bleak future for sport's grassroots BHA has 'no plan to revisit' ban on overseas runners in low-grade handicaps Racing's leaders defend response to crisis as bookmakers join calls for urgency York joins major tracks in backing Savill proposals - but not before 2024 Racing is facing a perfect storm - so why is there no urgency from its leaders?