Ryan team confident Brando can be a contender at Haydock 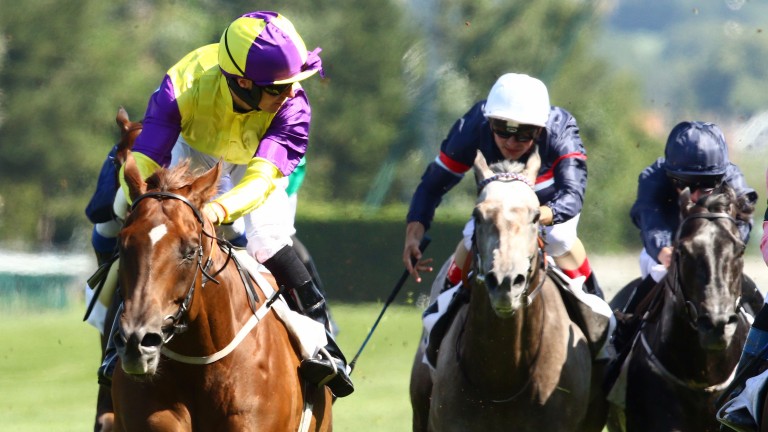 Harry Angel could have his wings clipped at Haydock on Saturday if connections' confidence in the wellbeing of two of his main Sprint Cup rivals bears fruit.

Ante-post punters were warned on Sunday that Brando is in fine shape and still improving in advance of his bid to produce another turn-up in the 32Red-backed Group 1, while Blue Point was also the subject of positive noises – and was cut to 8-1 (from 10) by the race sponsor.

July Cup winner Harry Angel is general 6-4 favourite but only three market leaders have won the contest since 2007 and 5-2 favourites Ortensia, Lethal Force and Sole Power finished out of the places in successive years from 2012 to 2014.

Brando was third at Newmarket but has since scored a breakthrough win at the top level in the Prix Maurice de Gheest at Deauville, recording a career-high Racing Post Rating, and is expected to run another big race at Haydock.

"It sounds a bit daft but even though he's a five-year-old he's still improving," said trainer Kevin Ryan's son and assistant Adam. "He hasn't had that many runs and he's quite a raw horse, he's quite unexposed at that level and he's still on the upgrade.

"He's come out of the French race great and we couldn't be happier with him."

Brando has a length and three-quarters to make up on Harry Angel from the July Cup but Ryan stressed: "It's a Group 1 and it's far from a two-horse race. But if Brando puts up the same sort of performance as he did in France he should be there or thereabouts."

Blue Point also carries high hopes into a rematch with Harry Angel, having finished a place, and half a length, behind the fellow Godolphin-owned runner when third in the Commonwealth Cup at Royal Ascot. 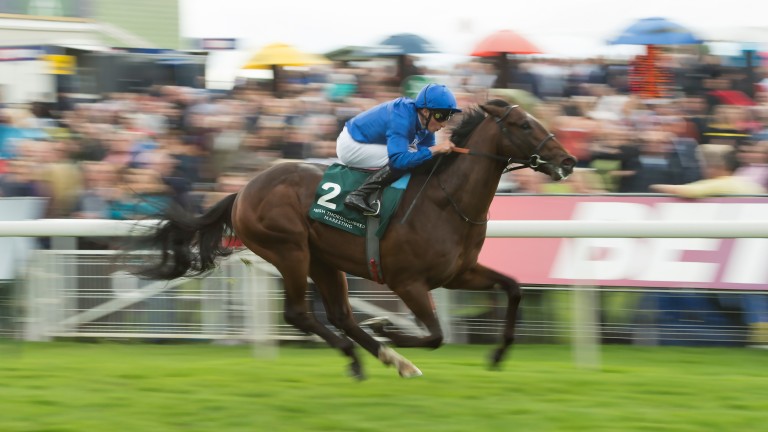 Blue Point: reopposes Harry Angel and Charlie Appleby expects him to be "bang there"
Edward Whitaker
Asked whether his sprinter had a big-race win in him, trainer Charlie Appleby said: "For sure. No doubt about it, given the way he travelled into the Commonwealth Cup.

"Harry Angel was taken on at the wrong stage for his run style, and the winner [Caravaggio] was impressive on the day, but I felt the race built to finish how it did. It was a crowdpleaser but, more importantly, I was pleased with our horse.

Last year's winner Quiet Reflection will, however, not be among Harry Angel's rivals in Saturday's big race.

She has not run since suffering a setback on the eve of Royal Ascot and trainer Karl Burke revealed on Sunday: "We have just run out of time. The plan is now to go to Naas on September 24 for a Group 3 and use that as a prep run for Champions Day. The extra three weeks will make all the difference.

"She's moving great and she looks fantastic but she's just short of fitness."

The dual Group 1 winner would probably have got the give underfoot she likes at Haydock, as the track's clerk of the course Kirkland Tellwright reported on Sunday: "It looks as though the ground will be on the easy side of good.

"It's good, good to firm in places at the moment but there are showers forecast for the next three days, and then again on Friday and Saturday."

In the fast lane: the trainer of Harry Angel talks to Peter Thomas

FIRST PUBLISHED 6:02PM, SEP 3 2017
If Brando puts up the same sort of performance as he did in France he should be there or thereabouts