Talk of the Tracks CHEPSTOW

Ryan hatching a plan for the future after losing claim 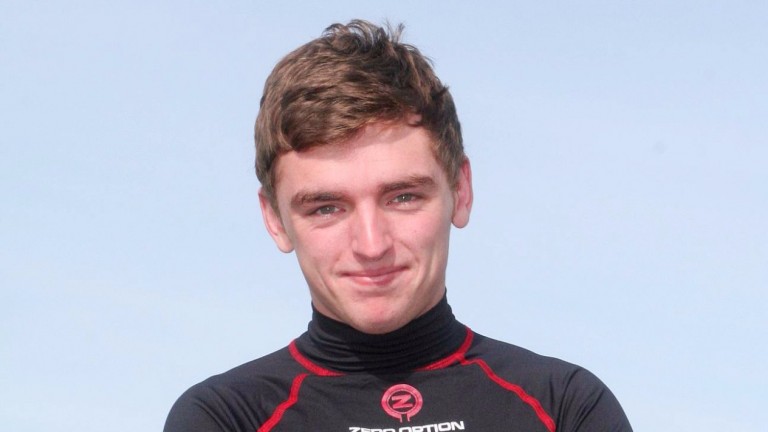 Losing the right to claim can prove a crossroads in all budding young riders' careers, but Ryan Hatch is optimistic things will not change dramatically after Verygoodverygood proved to be his 75th winner in the 2m3½f conditional jockey’s handicap hurdle.

From flagfall, Hatch was hard at work on the five-year-old, trained by his boss Nigel Twiston-Davies, and the remainder of the contest proved to be shove and push until the pair hit the front after the second last to see off Paddocks Lounge.

The jockey said: "I have had a good couple of years as I was struggling for rides at one stage but in this game it is all about hard work and perseverance. It has certainly paid off for me and now I have to hope things keep going in the right direction as I cannot claim anymore.

"I have enjoyed plenty of support from Nigel with Blaklion’s win in the RSA Chase last March being the stand-out victory in my career to date as every young jockey dreams of winning a race like that at the Cheltenham Festival."

He added: "Obviously it might get a little harder now without a claim but I am not sure the 3lbs allowance means that much anymore as trainers do not put you up because of a 3lb claim - so perhaps that is something the powers that be might look at as far as the future is concerned.

"I am going to keep my head down and take every opportunity that comes my way with a view to riding more winners and horses like Verygoodverygood might look hard work but they are also a good reminder of your worth in the saddle."

Wait is over for Venetia

It has been a long and frustrating autumn for Venetia Williams but finally the wait is over after Azert De Coeur stayed on strongly up the straight in the 2m3½f handicap chase to better Long John by an ever widening 18 lengths.

Williams has been forced to sit it out with her horses due to the long period of parched ground but she said: "It’s great to get the first on on the board for over six months and hopefully conditions will be fine to run all the horses from now on.

"I must admit I was almost tempted to run some of them earlier but I resisted the temptation and probably rightly so in my opinion. We might have a slightly shorter season as a result but all the horses are in one piece at present and ready to run."

She added: "We will have around 85 which is our normal number but as a result of the late start it might mean even more time staring into the programme book but that will not matter."

Chepstow's flagship race – the Welsh National – is only just over six weeks away and there has been a record entry for the marathon chase of 102 horses with £150,000 in prize-money up for grabs. Just goes to show how time flies.