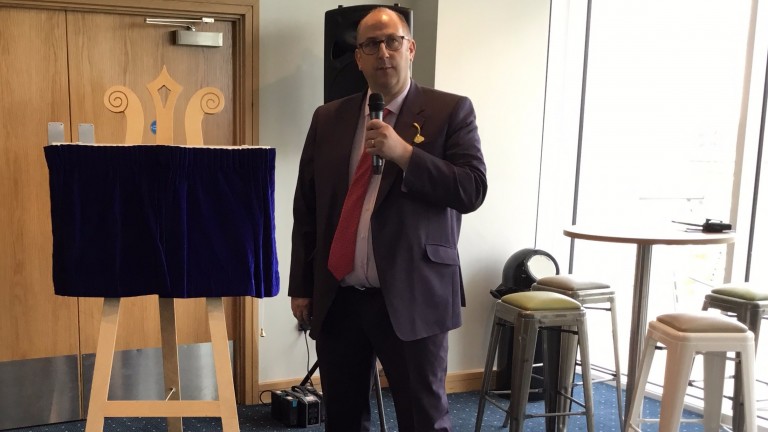 ITV Racing received a significant boost before a key weekend when BHA chief executive Nick Rust spoke of his pride at the network's coverage.

Qipco British Champions Day will provide an important test for the sport's free-to-air broadcast partner, with viewing figures for the climax of the British Flat season sure to be watched closely, not least by the sponsor.

ITV took over the contract from Channel 4 at the start of this year and have one delighted viewer in Rust, who said yesterday: "I think it's been brilliant. What I've been particularly pleased to see is that they've focused on explaining the sport a bit more to people outside our immediate circle.

"There's an optimism about the coverage and it's a good start to reaching the audience and I think it's been a big team effort.

"There was some discussion early on that perhaps it wasn't for you if you were a traditional racing fan, but I've heard less of that now programming has settled down. I love it. I feel a pride in the way they're doing it for our sport."

Rust believes doing its homework has paid off for ITV, which will show all six races live on Saturday.

He said: "We were incredibly impressed in the three months before they launched, when we worked closely with them to help them understand things like equine welfare, what the vets do, what stable staff do, a day in the life of a racehorse, and they were very keen to understand rules, regulation, how things work and how they could interact with it.

"They've put a lot of work into that and from my point of view it's paying off."

Rust has also been impressed with the focus that ITV has put on stable staff.

"I've been really pleased with how they've showcased the efforts of people who work in stables looking after the horses. I don't remember their predecessor very often interviewed the racing staff – now they're at the centre of the coverage."

Rust was speaking at Wetherby, where he performed the official opening of the new Millennium West Stand.

He believes the £3.5million development is evidence of a positive feeling pervading racing, and said: "Racecourses, I'm pleased to say, are emboldened to invest at the moment.

"British racing is on the up; there is a spirit of optimism despite the fact there's much uncertainty in our wider economy from the impact of Brexit."

FIRST PUBLISHED 4:20PM, OCT 18 2017
There was some discussion early on that perhaps it wasn't for you if you were a traditional racing fan, but I've heard less of that now

Shishkin triumph was redemption for Nicky Henderson - and Lambourn loved it Death of Ela-Mana-Mou owner Audry Muinos Shishkin is triumphant on a day when it was good to have shares in goosebumps 'I don't think there's been anything better, and I felt lucky to be there' Clarence House analysis: start was crucial in giving us the contest we craved 'One of the best I've ever been in' - stunning Shishkin beats Energumene in epic