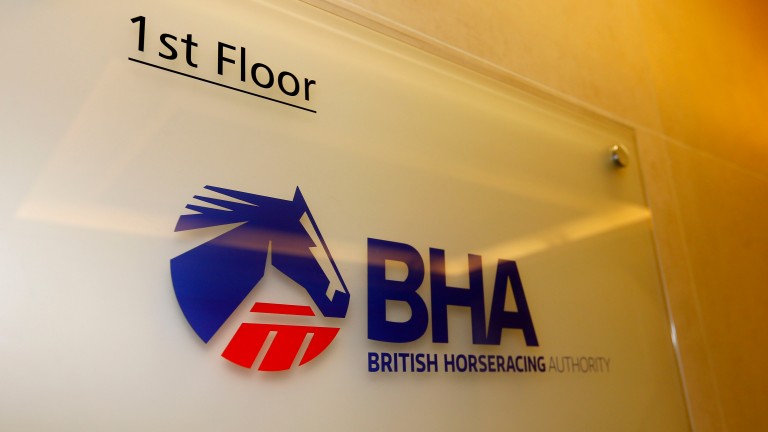 The BHA are recruiting members and chairmen for its judicial and disciplinary panels
1 of 1
By James Burn 7:16PM, DEC 22 2016

The BHA on Thursday apologised for the involvement in its disciplinary proceedings of solicitor Matthew Lohn, whose participation in the original Jim Best hearing meant the trainer's four-year ban being quashed and left the underfire regulatory body open to criticism and ridicule.

The subsequent rehearing of Best's case led to the trainer being suspended for six months, while seven other cases heard by Lohn-chaired panels have, or are to be, reviewed following the appearance of bias his involvement created after it was discovered the BHA had paid him for separate advice.

Lohn, also a qualified doctor, was first approached in 2013 by the BHA's then director of integrity, legal and risk Adam Brickell to advise on a medical matter relating to Cheltenham racecourse and was later paid £18,366 for his services.

The Professional Jockeys Association raised concerns about the relationship and Lohn - paid a further £35,920 for subsequent work -  chairing independent disciplinary panels, outlining it was worried about the potential perception of bias.

Despite that, he was allowed to continue in his role, something BHA chief executive Nick Rust admitted was a mistake.

"The BHA acted in good faith, but we made an error of judgement in not disclosing Mr Lohn's other work on medical matters," he said.

"While it is incumbent on all panel members to declare any interest when provisionally selected for a disciplinary panel, in hindsight the BHA should have disclosed the fact that it paid Mr Lohn to give advice on issues unrelated to his role as a member of the disciplinary panel.

"We've made good progress in resolving cases affected by a possible appearance of bias. With the disciplinary panel's recent decision to find Paul Gilligan in breach [subject to any appeal] we now have just three of the nine cases left to resolve.

"We have learned important lessons and my priority now is to complete the implementation of the recommendations from this year's Christopher Quinlan QC and integrity reviews to ensure that racing and its participants can have confidence in our handling of disciplinary cases, now and in the future."

>> In October 2013, the BHA's Adam Brickell approaches Lohn to ask for advice relating to a medical issue at Cheltenham

>> Professional Jockeys Association in February 2015 raises concerns over the disciplinary panel, including the involvement of Lohn

>> Jamie Stier, the BHA's directory of raceday operations and regulation, asks his in-house legal team for their thoughts on the matter

>> Lohn is asked for his view in March 2015, but does not think a "perception of bias arose" from his earlier work

>> PJA disagrees with that position and asks for a meeting with Stier and Nick Rust, who offers to review the structure and composition of disciplinary panels. The BHA considers the issue has been dealt with and Lohn continues to chair panels

FIRST PUBLISHED 2:03PM, DEC 22 2016
The BHA acted in good faith, but we made an error of judgement in not disclosing Mr Lohn's other work on medical matters