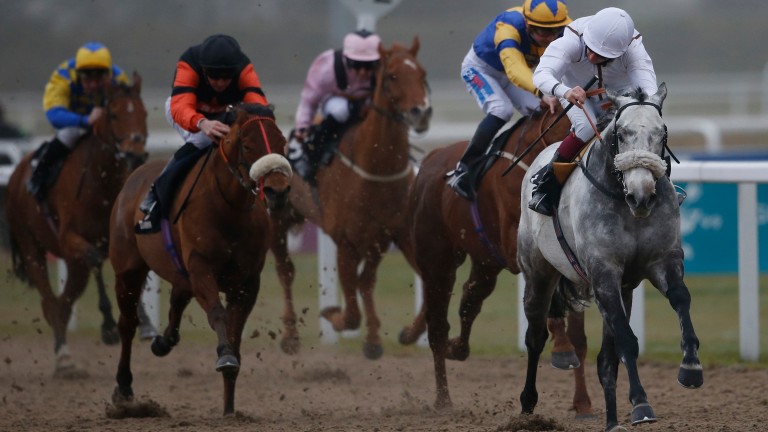 While he may not be the same horse that won a Meydan Group 3 in 2014, Russian Soul has maintained a decent level of form in the intervening years and was arguably unlucky not to score on his first start for Jamie Osborne at Wolverhampton eight days ago.

Trainer Stuart Williams runs two as he seeks a first course win. His number one hope Realize lowered the colours of no lesser talent than Donjuan Triumphant two starts ago and backed that effort up with a decent effort in defeat at Lingfield last month.

Williams's other runner Suzi's Connoisseur was a close-up fifth in a course and distance handicap last month, the form of which might take some unravelling however many times you watch the replay. The race changed in complexion deep inside the final furlong as Flaming Spear come from last to first.

As well as Suzi's Connoisseur, those reopposing here include Holiday Magic, who looked set to record a four-timer until being swamped close home, while Kevin Stott must still be wondering how Al Khan could finish only third despite hitting the front a matter of strides from the line.

Steel Train was one of the few not to get involved in the finish that day, but proved he was capable of winning in this grade over this track in December.

Trust Doyle on Tyneside
Hollie Doyle (Free Code) has four wins from 14 starts at Newcastle in 2017 for a level stakes profit of £11.97.

Stuart Williams, trainer of Realize and Suzi's Connoisseur
Realize is in good form and seven furlongs is his specialist distance, but he's high in the weights now. Suzi's Connoisseur ran well here last time and Oisin [Murphy] gets on well with him, so I'm hopeful of a good run.

Mick Appleby, trainer of Supersta
If he can put the Dundalk race behind him he has a good chance. The stiff seven furlongs should suit and there should be plenty of pace on.

Jamie Osborne, trainer of Russian Soul
He's been a good horse over the years with Mick Halford, who felt he was ready for a change and kindly suggested he came here. I was encouraged by his first run when he got shuffled back and Adam [Kirby] felt he would have won. Although it's a tough race there's a chance that, if he if he's getting back to somewhere near his better runs, he could be well handicapped.

David Barron, trainer of Free Code
It's a step back up in class but he's fit and well and, with quite a good prize on offer, I might as well run him as gallop him at home. The straight stiff seven is ideal.

FIRST PUBLISHED 6:00PM, FEB 13 2017
Although it's a tough race there's a chance that, if he if he's getting back to somewhere near his better runs, he could be well handicapped