Russell: more to come from Grand National king One For Arthur 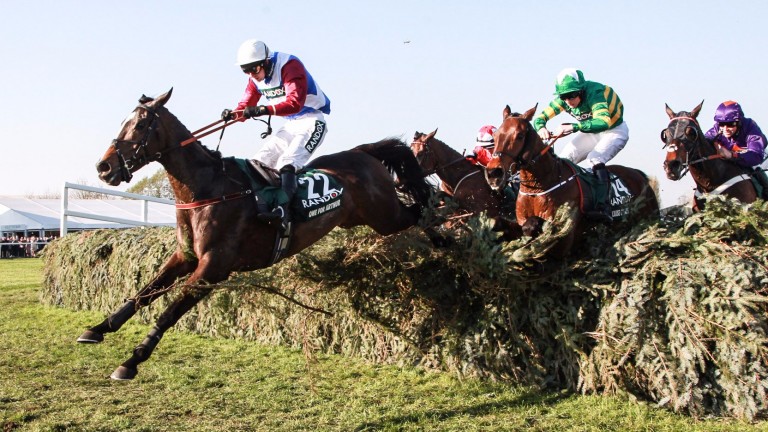 Trainer Lucinda Russell is convinced there is more to come from her Grand National winner One For Arthur, suggesting he possesses the potential to become the first horse to win the race more than once since the legendary Red Rum.

Owned by Belinda McClung and Debs Thomson, One For Arthur is set to have his first run since his Aintree win at Kelso on October 28.

After that, all roads will lead to retaining the Randox Health Grand National, something no horse has done since 1974.

By the time he lines up in Liverpool on April 14, One For Arthur will be only nine and Russell feels her stable star has still got more left in the locker.

“He is still only eight, so I believe there is more improvement in him,” said Russell. “Eight is young for a Grand National winner and he also did his best piece of work the week before the race. That’s me convinced he’s still improving and can get even better this season.

“The nature of handicapping means he’ll now be carrying a heavier burden in his races, but he’s bigger, stronger and more experienced. Put it this way, on the mark he’s currently got I believe he’d have a really good chance of winning the Grand National if it was run again tomorrow.”

Sticking to the plan

Despite One For Arthur showing himself to be a high-class chaser, Russell will not be tempted at races such as the Timico Cheltenham Gold Cup. Instead, she is set to stick to the same path as last season before One For Arthur attempts to become the first dual winner of the Grand National in 44 years.

Writing in the Scottish Sun, Russell said: “People have asked why we won’t have a crack at a big staying chase of the kind Gold Cup horses run in, but I don’t see the sense in that. We know what we’re good at and, more importantly, we know what brings out the best in him; four miles-plus over Aintree’s famous fences is definitely his thing.

“He will start out at Kelso before going for the Becher Chase in December. After that, it will be the Classic Chase. Then, if all’s well, every road leads back to Liverpool on April 14.”

One For Arthur is the general 16-1 favourite for next year's Randox Health Grand National.

If you enjoyed this, you may also be interested in:

One For Scotland as King Arthur powers to Grand National glory

Arthur triumph no cause for celebration for local layer Scotbet

FIRST PUBLISHED 12:14PM, SEP 27 2017
That has me convinced he’s still improving and can get even better this season