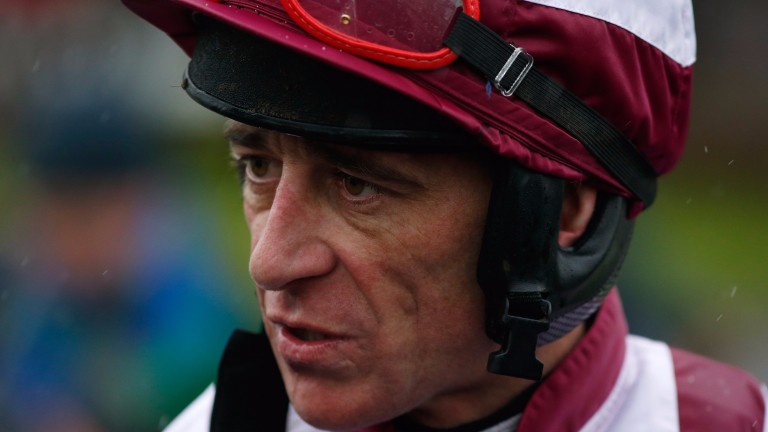 The Davy Russell saga finally reached its conclusion on Tuesday, with the Turf Club appeals body dishing out a four-day ban to the former champion jockey for punching Kings Dolly in the neck at Tramore 18 days earlier.

Joseph Finnegan, chairman of the three-man appeals body and a retired Supreme Court judge, said Russell had breached Rule 272(i), which relates to conduct or behaviour prejudicial to the integrity, proper conduct or good reputation of horseracing.

Finnegan said: "It's important not to understate the seriousness of this offence. We feel that a five-day suspension is appropriate, but we are also aware of the strain and pressure this has put on Davy and his family and the delay in finalising the matter, so therefore the suspension will be reduced to four days.

"We're satisfied that nothing of this nature will happen in future with regard to Davy.

"There are two previous cases, in 2012 and 2014, somewhat similar in that they involved a blow to a horse and there was a five-day suspension given out in each case."

The ban starts on September 19, so Russell will be free to ride at the Listowel festival, which begins on Sunday.

Russell originally received a caution after the Turf Club's referral committee heard the case at Killarney on August 26 – eight days after the incident – but Josh Byrne, registrar of the Irish National Hunt Steeplechase Committee, used his powers to invoke a review under rule 27(i), which allows him to send 'unduly lenient' punishments to appeal.

The footage of the strike to what Russell called the "soft part" of Kings Dolly's neck was shown twice and, after hearing evidence from the jockey, the appeals body took 20 or so minutes to come to their decision.

Russell appeared visibly shaken when speaking about the incident, which occurred at the show hurdle before the start of the Tramore race, stressing there was no anger or malice involved, and described the way he has been treated by the media as "disgraceful".

"I want to make this as simple as possible, hence why I'm not here with any legal representation. It's very simple. It's a situation that has been taken to a level that has aggrieved both me and my family, by both the public and the media.

"Not by the Turf Club. I'm not questioning how you have gone about your business. And you have taken criticism over this also."

He continued: "What the press have done is unacceptable. Not just to me, but to my family as well. My family are involved as well. They were mentioned in articles along the way. It is not just me any more. I have a wife and children.

"One of those children is 13 years of age. She knows what is going on. She's at secondary school at the moment and she has to deal with this as well. I'm a father as well as a horseman, and I'm a normal human being.

"Journalists have paid no regard to that and have kept going and going and going with it. In my eyes that is disgraceful. It's pretty obvious to everyone in this room that I have put that in a lenient way."

Russell did not wish to comment after the four-day ban was handed down.

The incident went largely unnoticed at first, save for a few comments on social media and a video clip of the incident posted on the night of the race, after which a storm erupted when videos became more widely circulated.

In the clips, Russell's mount Kings Dolly is shown approaching the show hurdle – an obstacle riders show their horses before the race – at speed, coming to an abrupt halt that lifted Russell briefly out of the saddle.

Russell then strikes the horse on the neck, just behind the horse's ears, with his right fist.

Both Russell's behaviour and the way the affair was handled by the Turf Club were criticised by the RSPCA and its Irish equivalent.

The ISPCA reported they have been contacted by several people asking them to investigate Russell and potentially prosecute him on the basis of animal welfare, but the charity has no legal powers to do so.

August 26 Russell called to a Turf Club referrals committee inquiry held before racing at Killarney to explain his actions. He receives a caution

FIRST PUBLISHED 12:24PM, SEP 5 2017
I am a father as well as being a horseman and I am a normal human being. Journalists have paid no regard to that. In my eyes, that is disgraceful