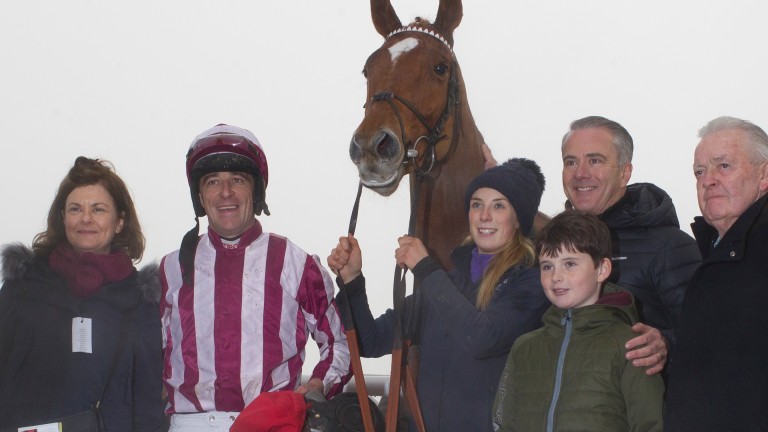 Davy Russell has defended his ride on Zabana following criticism from Lynch
Patrick McCann
1 of 1
By Brian Sheerin 5:11PM, JAN 5 2017

Davy Russell has defended his ride aboard Zabana in the Lexus Chase following criticism from trainer Andy Lynch.

Lynch believes Russell, who is retained by Zabana's owner Chris Jones, went “far too wide the whole way round” and revealed he and the rider exchanged words in the parade ring after the race. Outlander won the Grade 1 for Russell's former boss and still frequent employer Michael O'Leary of Gigginstown House Stud, with Zabana beaten 16 lengths in seventh.

Lynch, who enjoyed his first Grade 1 success as a trainer when Russell survived a first fence blunder to go on and win the Growise Champion Novice Chase on Zabana at Punchestown in April, is adamant his stable star would have finished closer in the Lexus had Russell not charted such a wide path.

“The ground was good the whole way across the track and I didn’t see the logic in what Davy was thinking in going so wide," Lynch said.

“As the old saying goes, you can give away weight but not ground. He would have been a lot closer if Davy didn’t go halfway out to Foxrock on him.”

However, Russell, who has ridden Zabana in six of his seven chase starts, explained his tactics were informed by his mount's tendency to jump to its right.

“At the time I felt I was doing the right thing by going middle to right as I felt I would have had no chance whatsoever on the rail," countered Russell, who rode winners at Newbury and Cheltenham for Nicky Henderson last weekend.

“He jumps a little bit to his right and, looking back at the video, you could say we were a little bit wide, but I know I had the best interests of the horse at heart. I was doing right by the horse at the time and I felt he ran very well.

“He's only a second season novice and he's getting better with every run.”

The Cork native, whose running tally of 42 winners in Ireland has already seen him surpass last season's total of 36, is expected to retain the partnership with Zabana for the Stan James Irish Gold Cup at Leopardstown on February 12.

Lynch has all but ruled out a tilt at the Timico Cheltenham Gold Cup, but, provided all goes well at Leopardstown, Zabana will instead tackle the Ryanair Chase.

FIRST PUBLISHED 5:11PM, JAN 5 2017
As the old saying goes, you can give away weight but not ground. He would have been a lot closer if Davy didn’t go halfway out to Foxrock on him