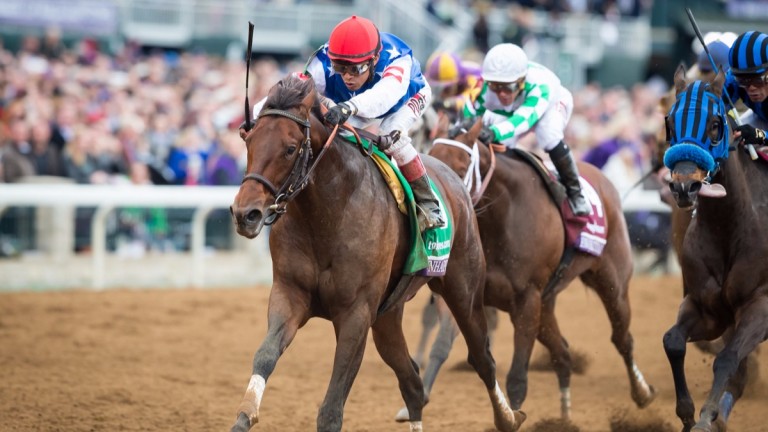 It was the fairytale story of last year's Breeders' Cup: a young and photogenic female trainer with a bare handful of runners under her belt bringing a lightly-raced sprinter to the sport's biggest stage and triumphing.

Trained by Maria Borell and owned by colourful and controversial bedding magnate James McIngvale, better known as Mattress Mac, Runhappy was briefly the darling of Keeneland after his sensational victory in the Sprint.

Yet before the hangovers had worn off Borell had been fired by McIngvale and replaced by the owner's sister in law Laura Wohlers.

Borell was devastated and the press and social media howled with indignation: what sort of sociopath sacks a young trainer the day after their greatest moment? A few weeks later Borell filed suit against McIngvale claiming owed prize-money had been withheld from her.

Over the past year, however, the story has taken on a very different light. Borell was accused of animal neglect after pictures emerged of alleged barn conditions that suggested the trainer was keeping horses in squalid conditions.

In June, Borell and her father Chuck were charged in Kentucky with 43 counts of second-degree cruelty to animals. Borell, 33, has gone to ground – her whereabouts are currently unknown to authorities. From media darling to fugitive in just seven months.

For Wohlers, who is currently preparing Runhappy for a tilt at tomorrow's Dirt Mile, it is clear the events of last November, when she and her brother-in-law were painted as the villains of the piece, still rankle.

"I think it was totally unfair [the press coverage] and I think that will come out in time," said Wohlers, who did not wish to comment on the accusations of neglect.

"Mac has always been a very fair owner and he has his set ways he feels about training his horses and we're going to stay with that – you know, no drugs, training hard and that's just our philosophy.

Runhappy has made just two starts since his Breeders' Cup triumph – winning a seven furlong Grade 1 at Santa Anita last December before a bruised cannon bone interrupted his planned 2016 campaign. He returned to action in a Grade 3 early last month, finishing a disappointing fourth over a mile at Churchill Downs.

"This isn't about vindication to us. We own the horse, have since he was a yearling and he's never been out of our hearts and minds and sight. It's all about just letting him run his races and be a good horse and we're enjoying having him.

"We're thankful to have him no matter whether he wins or loses, he's been a champion for us."

FIRST PUBLISHED 5:50PM, NOV 2 2016
This isn't about vindication to us. We own the horse, have since he was a yearling and he's never been out of our hearts and minds and sight. It's all about just letting him run his races and be a good horse and we're enjoying having him