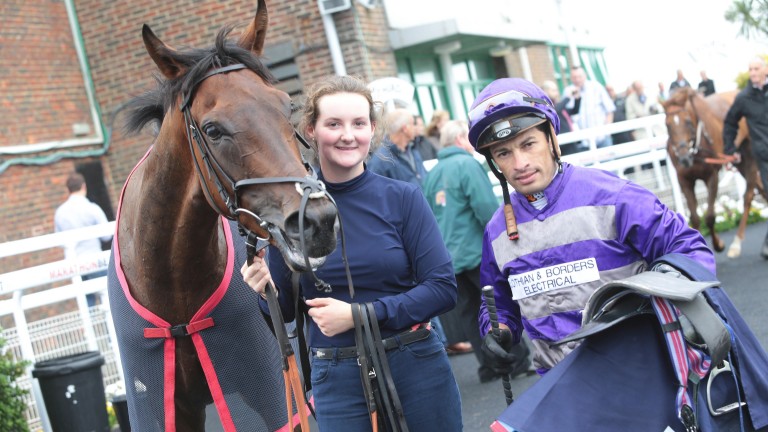 How typical of Silvestre De Sousa. There was no time to celebrate his 100th winner of the championship season – he was too busy adding two further victories on yet another highly successful afternoon before rushing off to ride at Kempton.

The runaway leader in the jockeys' title race reached three figures by driving two-year-old Al Ozzdi to victory for Simon Crisford in a 7f novice event at Brighton. And before the afternoon was out he had added further victories on the Ed de Giles-trained Overhaugh Street in the 1m2f handicap and Mick Channon's Whiteley in division one of the 7f handicap. 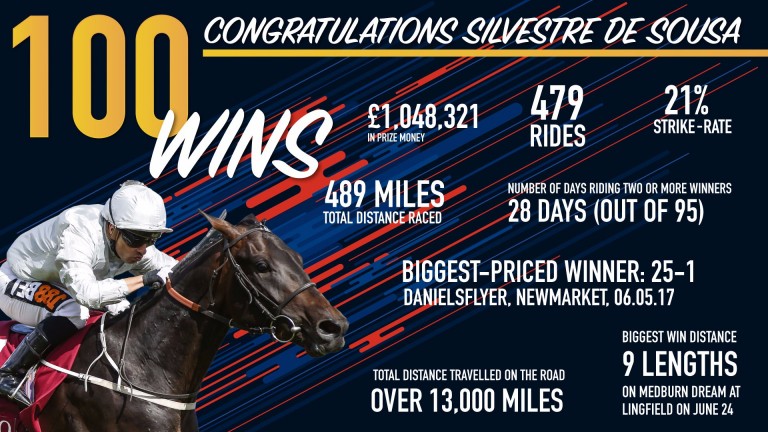 It was a 303-1 treble, and the 28th time the 2015 champion had ridden two winners or more on the same day this season, dating back to a double at Brighton on May 15.

De Sousa is clear in the race to regain the Stobart-backed championship – and he is well ahead of the pace he set when overhauled by Jim Crowley last year. 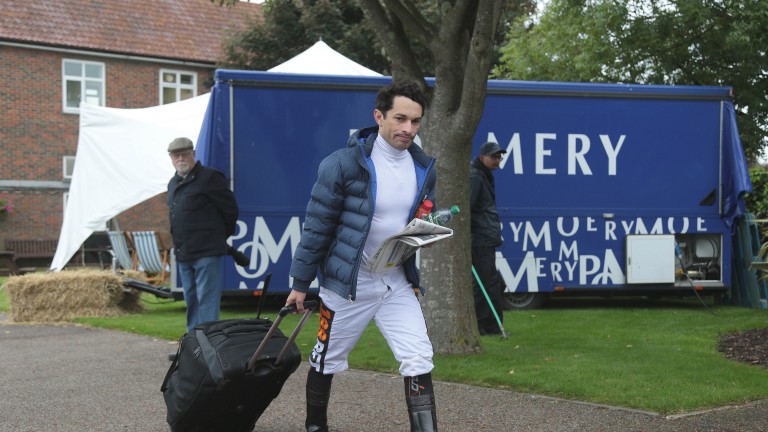 "I’m really pleased to have reached a century," he said. "It's a pretty good achievement, but it doesn't matter yet. I'll just ride as many as I can.

"Of course I'd love to be champion, we'll give it a go and take the best of the opportunities I get.

"I'm in a really nice position and hold a decent lead at the top of the table thanks to all the support I’ve had from owners and trainers throughout the season and the hard work of my agent Shelley Dwyer.

"However, I'm taking nothing for granted – it's business as usual for me and I'll continue to push until the end of the season."

No fewer than 40 trainers contributed to the century for De Sousa, who has had more rides than any other jockey during the championship season, with Mark Johnston (16) and Roger Varian (15) his biggest supplier of winners.

Whiteley was his eighth winner of the season at Brighton but the jockey's most successful track has been Yarmouth, where he has struck 15 times since the campaign began.

FIRST PUBLISHED 3:01PM, AUG 9 2017
I'm taking nothing for granted, it is business as usual for me and I will continue to push until the end of the season