Ruby Walsh: 'I'm excited to be going back to work at Thurles on Thursday' 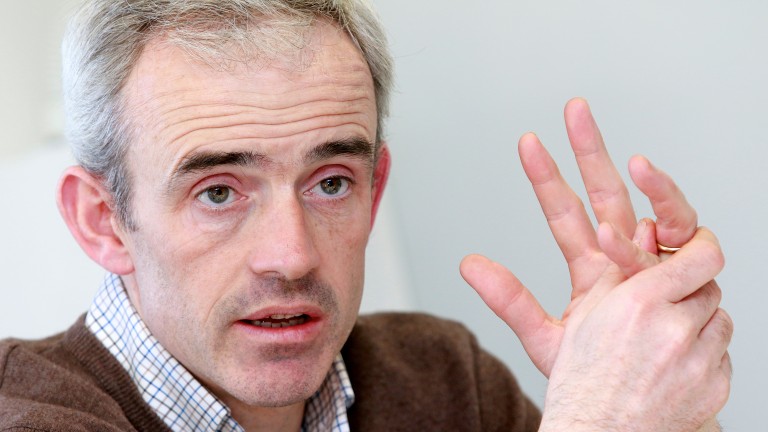 As he prepares to return on Thursday at Thurles after a long layoff – saying “I’m excited, it’s great to be going back to work" – Ruby Walsh can scarcely contain his enthusiasm for next week's Cheltenham Festival.

The meeting's most successful jockey, with 56 wins, has some tough decisions to make – but one he has already taken is to ride 2015 Champion Hurdle winner Faugheen in Tuesday’s showpiece.

He has yet to commit in any of the other championship races at the festival, where Walsh's toughest decision of the entire week will come for Wednesday's Betway-backed Queen Mother Champion Chase,as he attempts to pick between Douvan and Min.

Walsh likened his quandary to the decision he faced before the Mares’ Hurdle last year, rather than choosing Kauto Star over winner Denman in 'that' Gold Cup ten years ago.

It's "a toss of a coin" job according to Walsh, who has been top jockey at the festival 11 times, including for the past five years, and is odds-on to retain the crown.

Speaking at a media event organised by Paddy Power on Wednesday, Walsh, the firm’s ambassador, said: “When I was picking between Kauto and Denman, I knew whichever one I didn’t ride would probably go and win the race if I didn’t manage to do so. 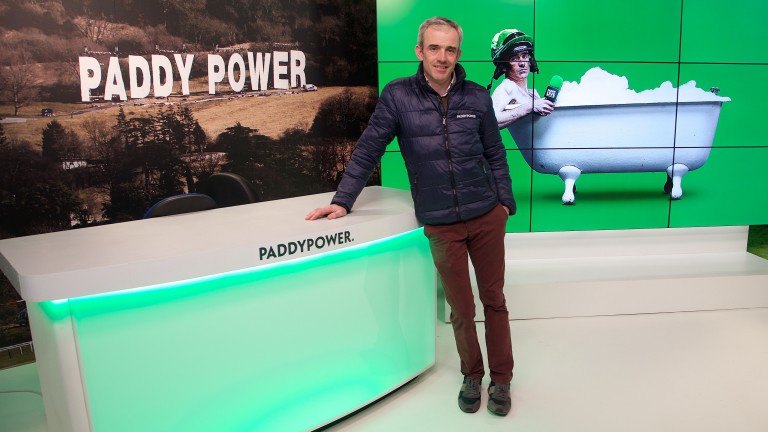 Paddy Power ambassador Walsh: "I could pick the right one of Willie's and still be on the wrong one in the Champion Chase"

“Whereas now, I could pick the right one of Willie’s [Mullins] and still be on the wrong one in the Champion Chase, as Altior will be hard to beat in any case.

“It’s a bit like choosing between Limini and Vroum Vroum Mag last season. I was wrong, but neither mare of ours could beat Apple’s Jade on the day.”

Weighing up the pros and cons between Rich Ricci’s Champion Chase hopes Douvan and Min, Walsh said: “Douvan hasn’t run in 12 months, so do you ride Min over him? Min's had three runs this season and you could say he’s unbeaten over fences, even though he lost one in the stewards’ room?

“Fences have improved Min, that’s for sure, but it’s hard to argue they haven’t improved Altior as well. Min is match-ready and Douvan has the back class. I don’t know where I’m going to find my answer between now and Monday, but hopefully I will. It’s a difficult one, a toss of a coin.”

Not so difficult, Walsh said, was the decision to ride Faugheen in the Unibet Champion Hurdle on Tuesday, in which Mullins also looks set to run Melon, Wicklow Brave and Yorkhill.

But choosing between Total Recall, Killultagh Vic, Djakadam and Bachasson in the Timico Cheltenham Gold Cup, and Penhill, Bacardys, Augusta Kate and Let’s Dance in the Sun Bets Stayers' Hurdle, are decisions still to be made.

Asked whether not having ridden many of Mullins’ festival prospects so far this season was a potential disadvantage in his deliberations, he responded: “No, if anything I’m hoping that’s going to be a help because I can go strictly on form.

“It will be form-based decisions, rather than my hunches and feelings on a horse. I obviously talk to Willie, David [Casey], Patrick [Mullins] and my dad [Ted], but ultimately if I ride the wrong one I'll have nobody else to blame but myself.”

Out of action since breaking his leg in a fall last November, Walsh was speaking on the eve of his return at Thurles, where he rides the Mullins-trained Lareena in a two-mile maiden hurdle.

He said: “I suppose Awayinthewest will be hard to beat, but you have to start somewhere and Lareena is a handy little mare who seems to be improving.

“Hopefully she'll get around and jump well and I can move on to Leopardstown on Friday and Gowran on Saturday, and then eventually to where I want to be, which is walking out from the weigh room at Cheltenham ahead of the Supreme Novices’ Hurdle on Tuesday.” 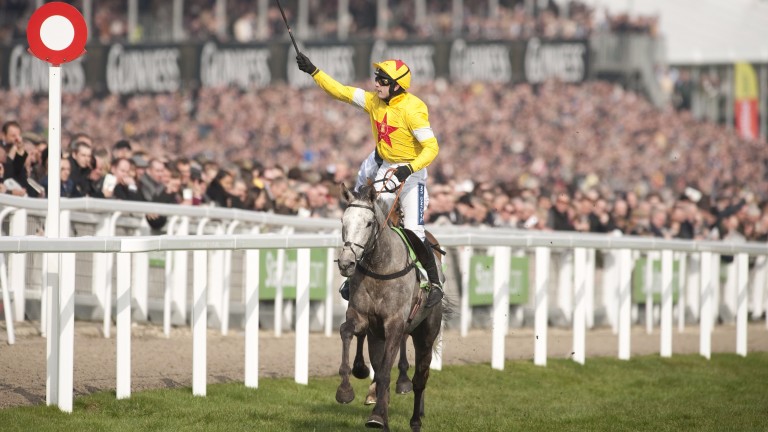 He added: “At the end of the day, it’s the horse who has to do all the running and the jockey is more of a tactician than anything else.

"If I didn’t have a ride between now and Cheltenham it wouldn’t bother me in the slightest. The last time I came back from a similar absence in 2011 I hadn’t much riding done.

“I'd broken the same leg at the JNwine meeting at Down Royal the previous November, which would have been earlier in the season, but it was a different kind of fracture, which is why it took longer to heal.

“I came back and won the Supreme on Al Ferof, Champion Hurdle on Hurricane Fly, and Mares’ Hurdle on Quevega. I'd settle for an afternoon like that again on Tuesday!”

FIRST PUBLISHED 6:29PM, MAR 7 2018
At the end of the day, it’s the horse who has to do all of the running and the jockey is more of a tactician than anything else

'He'll never recover from that!' - the heroics of Killultagh Vic and Ruby Walsh Racing greats gather together for charity bike ride in memory of Pat Smullen