Ruby Walsh: Cyrname the one to go with in King George Christmas showdown 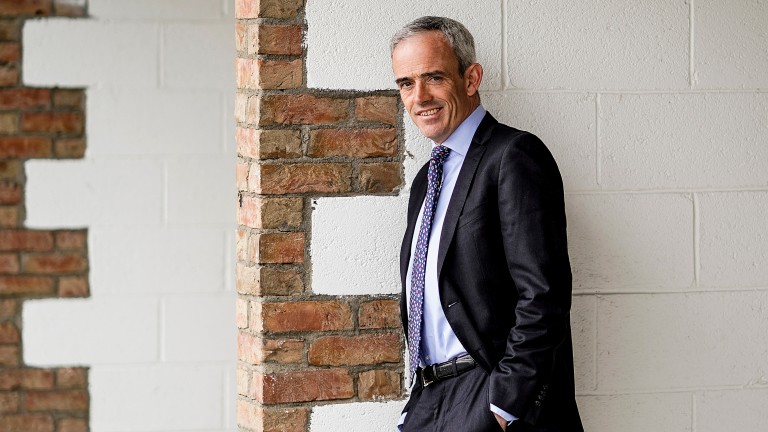 No jockey knows what it takes to win the King George VI Chase quite like Ruby Walsh, whose association with Paul Nicholls has made him the most successful jockey in the history of the race, and he is convinced Cyrname will come out on top at Kempton next week.

Nicholls' jockey Harry Cobden has to choose between the best of the formidable talent stabled at Ditcheat in the form of last season's winner Clan Des Obeaux and Altior's conqueror Cyrname. But Walsh, who won the King George five times aboard the legendary Kauto Star and is no stranger to the difficult choices that come when stable jockey to the Nicholls yard, believes it is a no-brainer for Cobden to ride Cyrname in the Ladbrokes-sponsored showpiece on Boxing Day.

"I can see exactly what Harry Cobden is doing – why would he commit to one in case something was to happen to the other? Harry doesn't have to play his cards yet and I'd be doing the exact same thing if I was him. I'd say nothing until I had to," Walsh said. 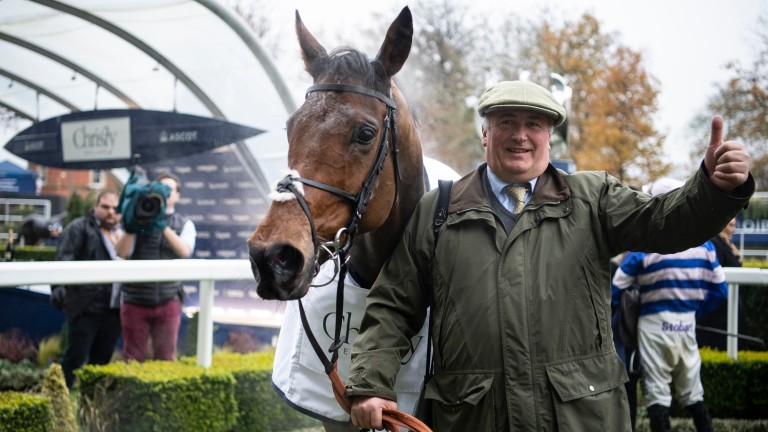 But while Walsh, who rode 59 Cheltenham Festival winners and was faced with a number of high profile options over a career that spanned three decades, believes Britain's highest-rated chaser is the most likely winner of the December 26 showpiece – he would rather partner Lostintranslation in the Magners Gold Cup next March if offered the choice.

"I'd stick with Cyrname, just because of the pace he has and the way that he travels, I'd be for him. But for the Gold Cup, I'd be jumping ship and siding with Lostintranslation," he added.

Walsh, who is an ambassador for Paddy Power and was speaking at a media event organised by the firm in the Boar’s Head pub in Dublin where the betting company's new podcast ‘From The Horse’s Mouth’ was launched, said Willie Mullins could be represented by 2018 Arkle winner Footpad.

"Footpad was good at Thurles and I think the intention is to run. The Footpad who won the Arkle would have a super chance in the King George but, he won at Thurles, and it's hard to compare that form to a King George," he said.

"But he showed his health and his wellbeing that day and I don't think the trip would be any trouble to him. He's a big runner and he's a great price each-way."

Providing an update on the Susannah Ricci-owned chaser, who is in line to make his seasonal return in the Paddy Power-sponsored Grade 1 chase over two miles on December 27, Walsh said: "He gave me a great feel – he's a lovely horse."

Asked if the seven-year-old could be the real deal, Walsh responded: "He could be,” before revealing he has no desire to return to race riding.

“No, the itch isn't there – the itch is well scratched. When we were at Punchestown last week, I was heading out on Chacun Pour Soi, and Willie said, 'are we allowed to jump?' I said, 'I don't care, if we're jumping I won't be riding it.'”

Walsh added: “He's probably one of the most exciting horses in training but those days are over for me. I'd ride him on the Flat alright, but there's enough young lads there to get hurt. I loved and I enjoyed it but I was ready for something else.”

The former could clash with Joseph O'Brien's exciting Fakir D'Oudairies in the Grade 1 Racing Post Novice Chase at Leopardstown and Walsh said: "Leopardstown will suit Laurina. There's only two fences inside the last five furlongs and that will suit her.

"She's a very good jumper but jumping is Fakir D'Oudairies' greatest strength. He could poach a lot of ground down the back straight with the way he jumps. If there's any rain at Leopardstown that would also suit Laurina. It should be a great race."

Faugheen holds entries at Limerick and Leopardstown over the Christmas period and Walsh added: "He's in really good order at home. He's a former Champion Hurdle winner and he hasn't a whole lot of miles on the clock. I know John Codd [groom] is very happy with him."

FIRST PUBLISHED 7:18PM, DEC 16 2019
Harry doesn't have to play his cards yet and I'd be doing the exact same thing if I was him. I'd say nothing until I had to