Ruby Walsh: Faugheen's first defeat was my fault - I was trying to be too clever 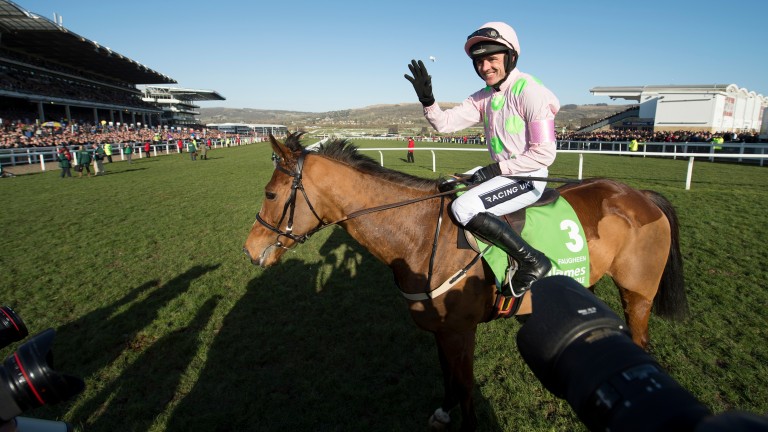 Faugheen and Ruby Walsh after their 2015 Champion Hurdle triumph at Cheltenham
Edward Whitaker (racingpost.com/photos)
1 of 1
By David Jennings 2:30PM, JUN 23 2021

Ruby Walsh has held his hands up and said it was his fault Faugheen lost his long-running unbeaten record in the 2015 Morgiana Hurdle having won his first ten starts.

Walsh was speaking candidly on the newest episode of the HRI-sponsored Horse Racing Heroes podcast which was all about the brilliant Faugheen, who was recently retired by Willie Mullins having won 17 of his 26 starts and earned well over £1 million in prize-money.

Faugheen justified odds-on favouritism in the 2015 Champion Hurdle and was 1-6 to make it 11 wins out of 11 at Punchestown on his first start the following season. The unthinkable happened though, with stablemate Nichols Canyon inflicting a first defeat when making all, and Walsh blames himself for it. 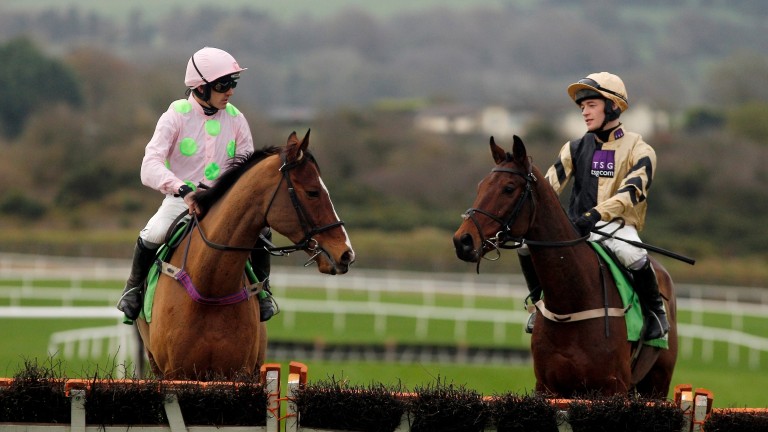 Walsh told presenter Mark Walsh: "My fault [Faugheen was beaten]. Tactics. I was trying to be too clever, probably, and put too much thought into it. Nichols Canyon was quite keen as a novice hurdler and I didn’t want to make it on Faugheen to have Nichols Canyon get a run with David [Mullins] and we ended up giving both horses a hard race.

"So I elected to let David make the running and I’d follow him. But David got it right in front, speed-wise, built it up from where he wanted to build it up, pinged the second last and got Nichols Canyon in full flow before I could get near him. And he held me off. But yeah, I got it wrong. If I went and made the running, I probably would’ve won."

Speaking on the same show, Patrick Mullins said beating Samcro when aboard Faugheen in the Grade 1 Matchbook Betting Exchange Novice Chase at Limerick over Christmas in 2019 was up there with the best days of his life.

Mullins said: "The roar – the wave of noise – that hit me after the last. You don’t usually hear it in the race, but just this huge roar. There were incredible scenes afterwards. People running, hats in the air, papers in the air. I got a huge buzz out of it. I even got completely carried away and did a very poor Frankie dismount, but it was one of the favourite days of my life, let alone career."

In the episode on Faugheen, Walsh also speaks to Andy Slattery about the day he won a schooling bumper at Thurles prior to his point-to-point win and Paul Townend, who described the scenes after the final victory of his career as "incredible."

The next episode in the new season of the Horse Racing Heroes podcast will be on dual Champion Hurdle winner, Hardy Eustace, and will be available on Apple Podcasts, Spotify, and all other major podcast apps.

'Heartbreaking' end for mare whose trainer slept in her stable to nurse her Dynamite night for McNamara as Jazzaway leads Mullins charge in feature 'Like a man folding a deckchair' - amateur legend Brod Munro-Wilson dies at 76 Family affair as apprentice jockey Elle-May Croot rides her first career winner Views from the sofa: 'Racing is not, and never will be, a team sport' IHRB set to hear Stephen Mahon appeal against four-year ban on Saturday