Rubbish-strewn and neglected, the birthplace of Italian racing still awes

Beloved by Nero and the Roman public, the Circus Maximus is now often overlooked 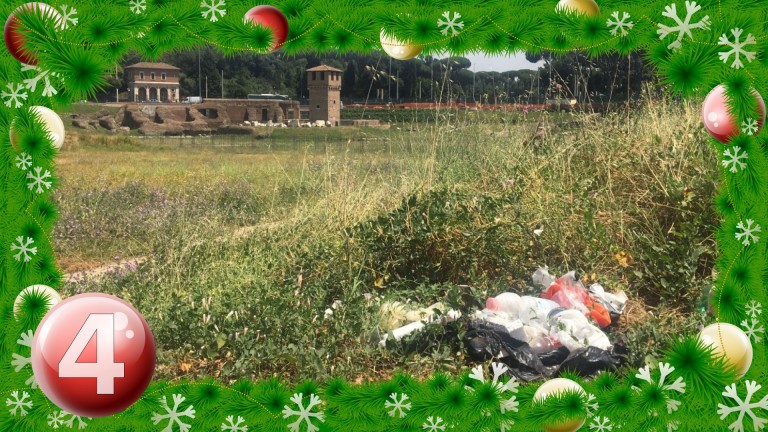 On the fourth day of Christmas, Racing Post gave to me the third instalment of Tom Kerr's Italian racing odyssey – first available to Members' Club subscribers on July 10, 2018. Click here for more information and to sign up

Rome, that wonderful open-air museum, is a city of ruins – many of startlingly recent construction. Determining the antiquity of the Italian capital's buildings is never less than a deceptive process; often the visitor will find himself admiring some pleasingly dilapidated hulk, wondering which emperor or king once tread its flagstones, only to at length observe a plaque declaring its construction in 1923 or somesuch.

Entropy weighs heavily on Rome. It is exhausted by the history of almost 3,000 years, which lies scattered amid its piazzas and pizzerias, so much so the entire city can appear afflicted by a sort of contagious decay.

This is understandable in a way. Rome, after all, is the old man of western civilisation: in its dotage when the modern world was born, it has seen empires rise and fall, great cities leap from the earth and crumble to dust. Still it endures, but under such a burden of history.

One of Rome's saddest husks is Capannelle racecourse in the city's south-east. There is no racing when I visit – the season over for the broiling Roman summer – but it is more than just the absence of spectators and horses that gives this track an air of abandonment. The course is not even a century old, but its decaying buildings, graffitied and seedy, give the impression of being far older and long forgotten by the modern world.

Such is the way of things in Rome, whose magnificence can make even remarkable sights seem like mere baubles. Tourists swarm over the Colosseum and among the toppled columns of the Forum, but have little time for what is perhaps the world's most significant piece of sporting archaeology. It is Romulus's stadium, where the founder of Rome is said to have staged the nascent city state's first chariot races, and where later rulers would build one of the most extravagant venues in history, the Circus Maximus. 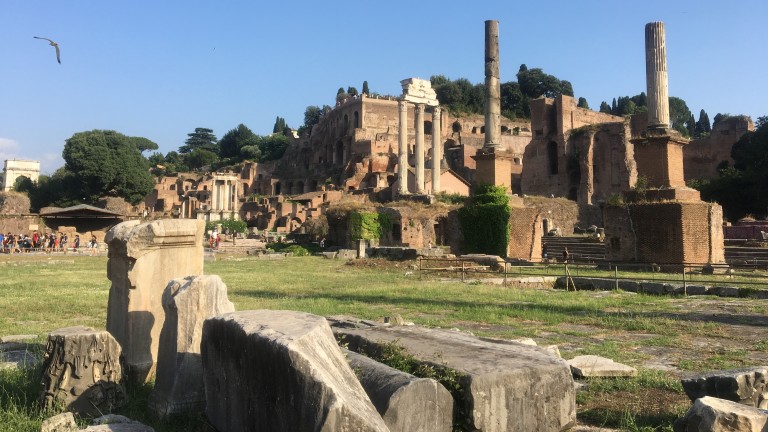 Tourists flock to the Forum and Colosseum, but many bypass the Circus Maximus
Tom Kerr
Sitting between the Aventine and Palatine hills, little remains of the Circus Maximus but its distinctive outline, yet that still has the capacity to awe. Bordered by embankments, it is a vast oval sweep more than 2,000 feet long and almost 400 wide. It is said it could once hold 250,000 spectators, with many more accommodated on the hillsides above, making it one of the largest stadiums ever constructed, and certainly the most remarkable.

Here the ancient Romans gathered to watch their most beloved sport, chariot racing. Divided into factions recognisable by their team colour, as many as 12 chariots, pulled by up to ten horses, would line up in the Circus for races which were as thrilling as they were dangerous, a blaze of colour and drama which often ended in bloody carnage – the most prized seats were by the metae, the column which marked the far turning point, at which accidents were a common (and celebrated) outcome. 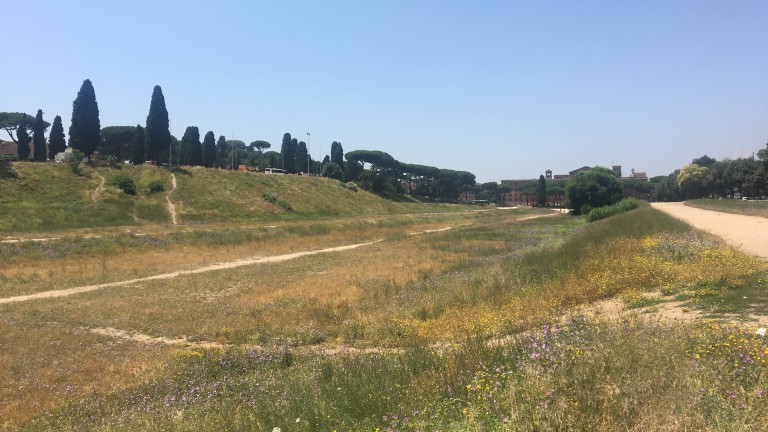 In its heyday the Circus Maximus played host to 250,000 roaring spectators
Tom Kerr
The Romans were fiercely passionate about their favoured team, but they also bet on the outcome of races via betting shops which were part of the stadium. Statistics on riders and horses, particularly lead horses, were meticulously kept, although on the subject of whether sectional timing was installed the historical sources are frustratingly silent.

Not everyone was a fan of chariot racing. That august chronicler Pliny the Younger once remarked: "I am the more astonished that so many thousands of grown men should be possessed again and again with a childish passion to look at galloping horses."

Now Pliny the Younger was a wise fellow, no doubt, but he clearly got some things quite wrong, although in his defence his complaints appear directed more at the fervour of chariot fans than the sport itself: he sniffily recounts the tale of one aficionado who, overcome with grief – and I think we can assume strong wine – flung himself into the funeral fire of a celebrated charioteer.

One of the most passionate fans of the sport was the Emperor Nero. So obsessed was he with chariot racing it is said he sometimes participated himself, once turning up for a quadrigae race – featuring chariots pulled by four horses – with a ten-horse vehicle (such was an emperor's prerogative).

However, Nero, like so many patrician Romans, was quite the gourmand and despite his extra horsepower the obese emperor did not even manage to complete two of the seven laps. Naturally, he was acclaimed the winner.

It was under Nero's reign that the great fire of 64 AD erupted, ravaging the city for over a week and claiming the Circus Maximus among its victims. Infamously, Nero fiddled while Rome burned, but this tale is said to be a product of scurrilous propaganda spread by later unrelated emperors seeking to discredit their predecessor.

You can level many criticisms at old Nero, who was a deviant and capricious tyrant by all accounts, but would he really have been joyous or indifferent as his precious racetrack burned? 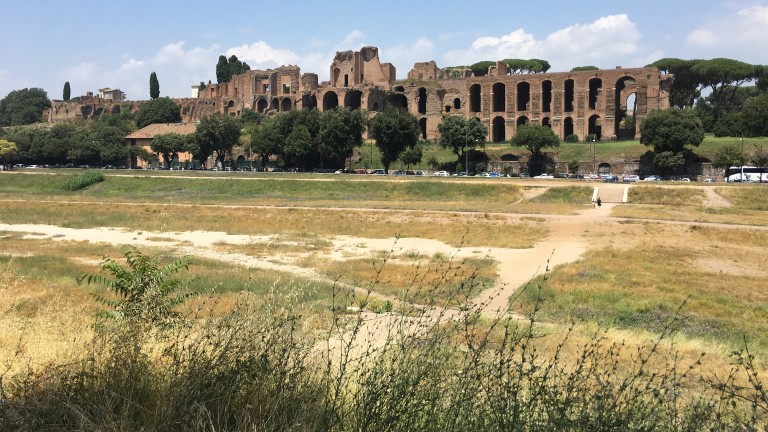 Today, the Circus is occasionally put to something like its original use – the British band Genesis played to an estimated half a million fans here in 2007, if you can believe it – but on a visit today it seems a sadly neglected site, strewn with rubbish and overgrown with wildflowers and weeds.

Tourists disgorge from tour buses to snap a brief picture before moving on to more engaging ruins and scarcely anyone descends the embankments to walk where once chariots thundered – only the odd dog walker seems to threaten the desolation.

Anywhere else on earth such a site would be treasured as a national monument, but in the city of echoes it is all too sadly overlooked, underappreciated and neglected. Perhaps that is inevitable when it is surrounded by such riches, many still more imposing and magnificent to the beholder.

Yet stand in the centre of the Circus Maximus, with the Aventine hill on one side, the ruins of emperors' palaces on the Palatine on the other, the enclosing embankments rising up away from the centre and that long oval stretching away into the distance, and one can almost imagine what it was like in its heyday: the lash of whips, the squeal of wheels, the crack of broken bones and the deafening roars of a quarter million spectators in the greatest racecourse the world has ever known.

FIRST PUBLISHED 9:00AM, DEC 28 2018
I am the more astonished that so many thousands of grown men should be possessed again and again with a childish passion to look at galloping horses