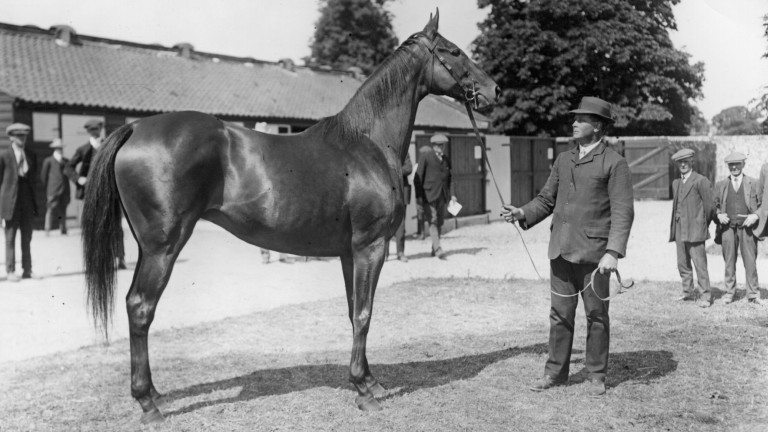 Sceptre: before her four Classic wins the filly was allotted 6st 7lb in the 1902 Lincoln and her owner, the exuberant Robert Sievier, stood to win millions. She was beaten by a head
Hulton Collection
1 of 1
By Steve Dennis UPDATED 1:55PM, APR 10 2020

Hindsight makes her a sure thing. A four-time Classic winner thrown into the Lincoln Handicap off just 6st 7lb – how could Sceptre be beaten? Robert Sievier believed it impossible, and bet accordingly. Unfortunately, Sievier was mistaken.

His appetites for women, for entertaining, for the high life were extravagant, and as a result his financial situation was often uncertain – he was frequently broke, frequently flush, yet maintained the cheeriest of exteriors whatever the contents of his pocket. And he owned the magnificent Sceptre, one of the greatest fillies ever to race in Britain.

Sievier bought the impeccably bred Sceptre – a daughter of Derby winner Persimmon, out of a sister to the great unbeaten champion Ormonde – in the autumn of 1900 for 10,000gns, a record price for a yearling. He placed her with his trainer Charles Morton, for whom she won the Woodcote Stakes at Epsom on her debut, then the July Stakes, before finishing third in the Champagne Stakes at Doncaster.

However, over the winter Morton became employed as private trainer to JB Joel – one of Sievier's many liege enemies – and Sievier decided to train Sceptre himself at his lavish base in Shrewton, Wiltshire. Sceptre held entries in the first four Classics, yet Sievier chose for her seasonal debut the ultra-competitive Lincoln Handicap, seeing an opportunity to give the bookmakers a sound thrashing at likely rewarding odds.

It was a curious decision and a poor one, made worse by Sievier's disappearance to Paris a month before the Lincoln. Sceptre's appetite for work was on the same scale as her owner's appetite for life, and she was well known for needing a wearying schedule to get her fit and keep her fit, so Sievier made this plain to his assistant before decamping to the continent.

On his return – two weeks before the race – he found his word had been taken literally and Sceptre had been galloped hard day after day, and been soured as a result. Sievier sacked his assistant where he stood and set about restoring his pride and joy to soundness and sweetness, feeding her by hand. Sceptre improved, slowly, yet time was not on Sievier's side.

And, having had a bad time at the tables on the Riviera, he was again in need of funds. He backed Sceptre to win between £30,000 and £40,000 – around £4 million at 2015 rates. Given his avowed devotion to the filly, it is hard to understand why Sievier taxed her with such a searching preparation, save for the pressing needs of his pocket-book. If he had doubts, he hid them behind his blustering confidence, and shovelled more money on. 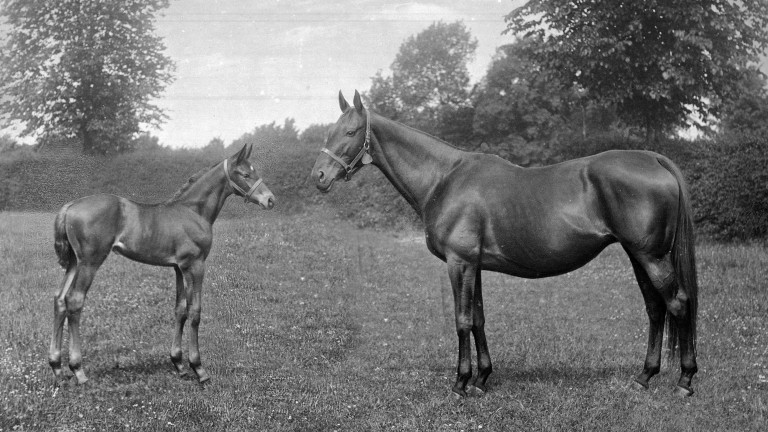 By the day of the race – run at the Carholme in those days – Sceptre was the 11-4 favourite. She carried 6st 7lb, most of it in the shape of leading apprentice Frank Hardy, clad in Sievier's black and gold silks and charged with bringing home his ante-post investments. The use of Hardy was intended to ease Sceptre's burden, but the reality was Hardy cost the filly far more than he saved.

He let Sceptre run too freely in the early stages, and by the time the race began in earnest he had used all his strength and was unable to give the filly the firm handling she needed. In a desperate finish – and one can only imagine Sievier's desperation, watching from the stands – Sceptre was beaten a head by the crack handicapper St Maclou, who was conceding 19lb.

Sievier had been undone by his unorthodox methods and his overweening need for money. Had Sceptre been cared for by a conventional trainer – and by a conventional owner – she might never have been beaten, although her career would not have been so celebrated. Yet Sievier was a good loser – the way he plunged, he had to be – and his first reaction was to clap the downhearted Hardy on the back and sympathise with his bad luck.

Somehow, and somehow he always managed it, Sievier borrowed and bet his way back to liquidity, not for the first time, not for the last time. Sceptre went on to have one of the most extraordinary careers of all – that year she won the 2,000 Guineas, 1,000 Guineas, Oaks and St Leger, as well as the St James's Palace Stakes and the Nassau Stakes.

She was beaten into fourth in the Derby, denied the sort of clean sweep that could never, would never be equalled. That defeat cost Sievier another small fortune; after her Nassau victory, he was playing billiards in Brighton and the marker called the score, saying: "Mr Sievier owes two."

"Owes two?" shouted Sievier, as usual at the top of his voice. "I owe thousands!" Had Sceptre won the Lincoln, it would not have done Sievier's finances any long-term benefit. The money would have been spent quickly, on champagne, parties or other bets, and to that end it would not have changed his life as such a sum would certainly have done for another. For audacity, though, the bet is hard to match. Sievier was that sort of man.

Test your track knowledge with our guess the racecourse quiz