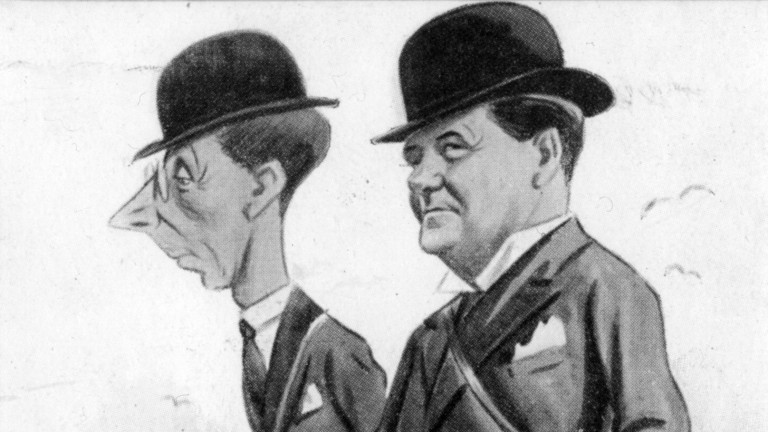 Hackler's Pride's victory in the 1903 Cambridgeshire landed a meticulously executed coup for a collection of secretive men who came to be known as the Druid's Lodge confederates – or the 'Hermits of Salisbury Plain'. It was far from the only one.

Druid's Lodge was a purpose-built, 40-box training establishment not far from Stonehenge with its own private gallops. Better still from the confederates' perspective, it was miles from anywhere. They could plot in private at home, right down to replicating conditions their horses would encounter when the money was down.

Stable lads were locked up at night. They often did not know the identity of the horses they rode in work, and when they did they had no idea of the weights they carried. Saddles and mounts were routinely swapped around after horses reached the gallops from the yard. The gambles landed are the stuff of today's legend – not least for Sir Mark Prescott, whose reflections punctuate this article.

"I always pay homage to Druid's Lodge whenever I drive to Salisbury races," says Prescott. "I went coursing there as a child. Druid's Lodge and Danebury, in Hampshire, are the most famous training establishments outside Newmarket. The main yard is still there, but sadly when some farmers eventually bought it they ploughed it up. If you fly over the place you can still see where the gallops went through the crop paths. "

Hackler's Pride came to the confederates' attention in June 1902 when finishing second at Phoenix Park, where one of them, Irish vet Holmer Peard, was racecourse manager. Another, Frank Forester, owned the favourite Lady Drake, who was unplaced.

The form was strong: a third confederate – Old Etonian Percy Cunliffe, whose brother was Governor of the Bank of England – bought the winner for £1,500 and later the fourth horse home, Lord Rossmore, would win the Irish Derby.

Forester, a great-nephew of the Duke of Cleveland, subsequently bought Hackler's Pride for 1,500gns (£65,750 in today's money) after she ran unplaced in a nursery at Cork Park in September.

CONFEDERACY COUP IN A NUTSHELL

Horse's name Hackler's Pride
Races 1903 Cambridgeshire, Newmarket; 1904 Cambridgeshire, Newmarket
Coup architect The Druid's Lodge confederacy
Background Bought as a two-year-old by one of the confederates for the express purpose of landing gambles; laid out for first Cambridgeshire after finishing second over a mile at Hurst Park in June 1903
Cash won at today's values £10.5 million in 1903; reportedly as much again in 1904
What happened next In effect weighted out of handicaps, Hackler's Pride won some minor races before she was sold to Sir Tatton Sykes for £5,000. On her penultimate start she was beaten two lengths by Pretty Polly in a match race for the 1905 Champion Stakes. She made little impact at stud

So well did Hackler's Pride work on her transfer to Druid's Lodge that she carried £180 (£7,900 today) of stable lads's money in winning at Derby in November, when her odds tumbled from 100-8 into 9-2 favourite.

Lads were permitted to bet through Cunliffe; all commissions were placed by a fourth confederate in Wilfred Purefoy, an aristocratic breeder and music hall investor with gaiety girls at his disposal and whose father was High Sheriff of County Tipperary.

"What a life they must have led, with the glamour racing attracted at the turn of the last century. Getting the money on was miles easier at that time," says Prescott.

Call-overs were the way of it back then. After a proper banquet, bookmakers were summoned to the dining room to offer their best prices and take bets on imminent races. Few races generated betting as frenzied as the Cambridgeshire, in which Classic winners were often allotted less than 8st.

Discreet confederate agents would strike at call-overs, but not before Purefoy placed hefty commissions in Europe, South Africa and Australia, where betting markets on Britain's big races were routinely formed.

The Cambridgeshire was earmarked for Hackler's Pride when, on her second start at three, she finished runner-up over a mile at Hurst Park in June 1903. It was as close as she would get to winning before the designated day.

In his beguiling book The Druid's Lodge Confederacy, author Paul Mathieu suggests Hackler's Pride subsequently ran in the Wokingham and Stewards' Cup "without the slightest intention of troubling the judge". She was campaigned "neither openly nor very honestly".

Prescott isn't sure. "It's pure conjecture on my part, but I don't think they stopped horses. They'd get them beat in other ways, running them over the wrong trip and soon. I doubt they'd have instructed lesser jockeys at small meetings to do that. They didn't want anyone to know what they were up to."

'Train her to give us another seven'

That included in-house riders whose role in preparing Hackler's Pride was pivotal. Also housed at Druid's Lodge were four other Cambridgeshire entries.

When the weights were published Ypsilanti had 8st 8lb, Lady Drake (Forester's unplaced favourite in that Phoenix Park maiden 16 months earlier) was on 7st7lb, Lord Rossmore on 7st 3lb and Uninsured on 7st.

After her lacklustre recent form, Hackler's Pride was allotted 7st 1lb. She looked thrown in. Jack Fallon, the trainer at Druid's Lodge, assured Purefoy that Hackler's Pride had 10lb in hand of the field. "Not enough," snapped Purefoy. "Train her to give us another seven."

There was only ever going to be one Cambridgeshire runner from Druid's Lodge. The others were used as a smokescreen in advance betting. Purefoy occasionally backed one or other of them so that Hackler's Pride's ante-post odds extended.

But Fallon pre-empted the coup. Purefoy, enraged, suggested Hackler's Pride should be scratched to teach Fallon a lesson, but was overruled. So he piled in.

"Titled people were literally throwing money away. The bookies were making so much from mug punters that they could afford to lay big bets," says Prescott. 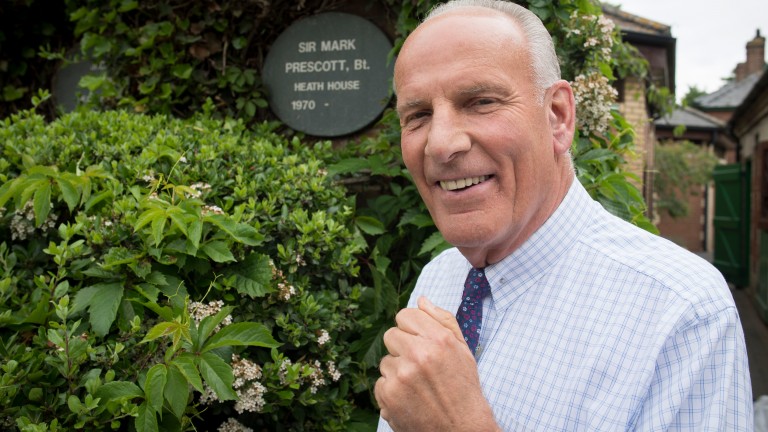 Sir Mark Prescott: "It was so much easier to prepare one in those days"
Edward Whitaker (racingpost.com/photos)

Cometh the day and Jarvis, whose name appeared alongside Lord Rossmore throughout the build-up, had his whip snatched by Fallon on entering the paddock. "You won't need that, sonny," he told the jockey.

He did not. Quickly away, Hackler's Pride went on at the Bushes to win as she liked. "The judge gave it as three; it might have been 33," reported Sporting Luck afterwards. Jarvis was astonished by the ease of victory.

"It seemed as if either she was a steam train or her opponents were unable to raise a gallop," says the man who, in the family mould, would turn his attention to training in Newmarket.

"Jack Jarvis was very kind to me," adds Prescott. "He won the Waterloo Cup in 1926 [with his greyhound, Jovial Judge]. When he died he left me some books on coursing and also his binoculars, saying he hoped I would see myself winning two things through them: the Waterloo Cup and the Derby. I'll never do it; the Waterloo Cup is no more. And I'm 66-1 to win the Derby."

Estimates vary on how much was landed by Hackler's Pride. By his admission Fallon alone won £32,000 (£1.3 million today), yet he would die penniless. In his book Mathieu painstakingly assimilates the stubs of information and concludes the confederates trousered £250,000 (£10.5 million today).

"It was so much easier to prepare one in those days. You had enormous fields, no division of races and only stewards with binoculars on foggy days – it was paradise. I think it would have been . . . very stimulating to train back then," says Prescott.

Twelve months on and the confederates struck again. Carrying 8st 10lb and backed down to 7-2 joint-favourite despite showing little in advance, Hackler's Pride landed another huge plunge in the 1904 Cambridgeshire. By then she was the best four-year-old in training.

Druid's Lodge itself was shut down during the first world war and never reopened, but by then a group of wealthy men had already etched themselves into racing folklore.

"Like coursing and boxing, racing has always been about yobs and snobs. There was no middle class. The well-heeled were able to bet bigger, and with less pain. It was a mental exercise to them. Punting was their big thing but they didn't need the money," says Prescott.

"They liked the nefarious side of it, scheming away in the dining room of the big house at Druid's Lodge with its secret door. They must have had wonderful times."

They certainly did, although the tale concludes many years later when Forester, after copious imbibing at dinner, was asked how the confederates had fared overall. After silent contemplation, he replied with the words: "We broke even."

"As anyone who has spent time with gamblers knows, when one of them says he broke even, it invariably means he lost," says Prescott.