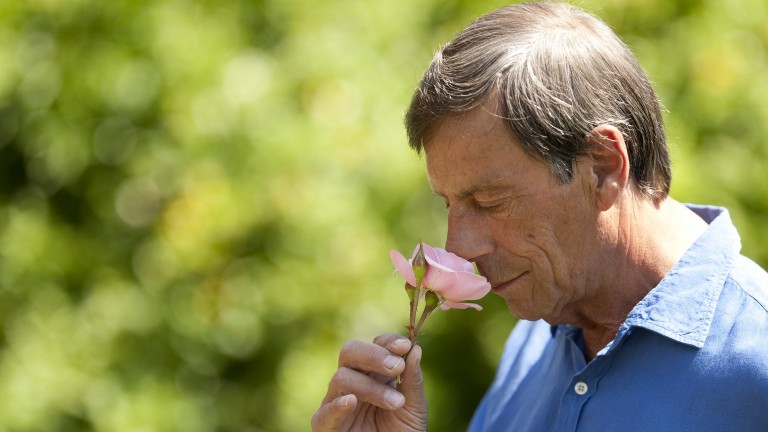 Having just landed the first Classic of his career, Ted Durcan would certainly have been within his rights to expect a fair share of attention and adulation. The 2007 Oaks had gone to Light Shift, ably abetted by the popular Irishman, who for one glorious moment had risen above the scrimmage of the weighing room and stood in the spotlight; it was his day, surely, except that it wasn't.

"That afternoon was Henry's afternoon," says Durcan quite simply, and few would beg to differ. Sir Henry Cecil, after a seemingly interminable spell becalmed in the doldrums, had returned to his old stamping ground of Epsom to win his eighth Oaks, his 24th British Classic in all, and the racing world was united in its delight and admiration.

Cecil had been through the mill – with the breakdown of his second marriage, the death of his twin brother David and now a cancer diagnosis – and there were times when it looked as though he was spent as a major force in the training ranks. For a man with ten championships under his belt, it must have been doubly hard to end the 2006 campaign in the low, low reaches of the top 100, but at least through the gloom he could see the bright light of a top two-year-old who had already landed the Criterium de Saint-Cloud and went into winter quarters as a leading Oaks fancy.

It would have come as no surprise, though, to the master trainer that the Group 1 winner Passage Of Time would not be the one to deliver him back to the sunlit uplands, as an unsung inmate of Warren Place emerged from the chasing pack and the Epsom picture began to change.

"To be fair, Henry always had a very high opinion of Light Shift," recalls Newmarket trainer David Lanigan, Cecil's assistant at the time. "The difference was that the Prince [Khalid Abdullah] needed something to run in the Group 1 in France at the end of the year to help with the owners' championship, so Passage Of Time went there and did it well and earned herself a big reputation." 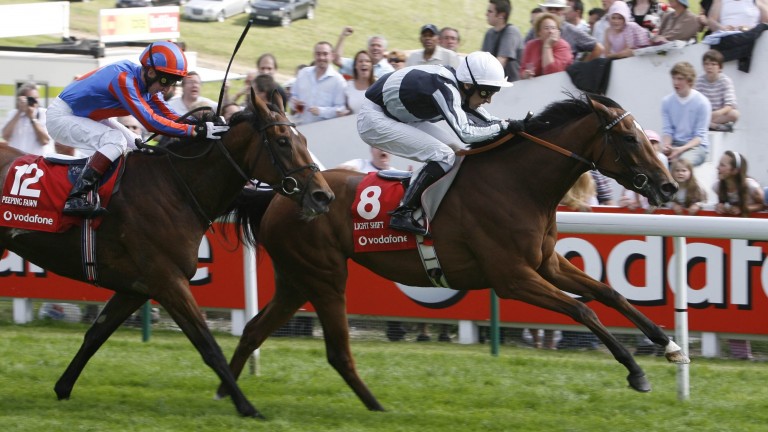 Passage Of Time, however, didn't winter anywhere near as well as Light Shift, and when the Niarchos family's filly, winner of a Newmarket maiden in the autumn, landed a Newbury conditions race the following spring and then the Cheshire Oaks, the pecking order began to change. Durcan, regular partner of the daughter of Kingmambo, was certainly not convinced she should be a 13-2 shot for Epsom behind her 9-4 favourite stablemate.

"She was still under the radar a little bit," he remembers, "but I thought she won real snug at Chester and she was a beautifully organised filly, very balanced and very light on her feet. She never had a hiccup from the early spring all the way to Epsom and Henry produced her nailed-on with the Oaks in mind, cherry ripe as always."

In the race as in the build-up, Durcan had few concerns from flagfall to finish and, while Passage Of Time faded from view a full three furlongs from home, Light Shift was devouring Tattenham Hill with relish and heading for a place in history.

"On Oaks afternoon there was that special element that racing brings out in people, that genuine goodwill," explains Durcan. "I think everybody felt that if they couldn't win it, they'd like Henry to, and it made it doubly special that his two fillies were owned by people who were two of his most loyal supporters even through the lean years, the Niarchos family and Prince Khalid. When he really needed owners to row in behind him, they really, really rowed in.

"For my part I knew the track would be right up Light Shift's alleyway and my only worry was that she was a little bit light-framed and I didn't want to get her involved in a barging match. But I ended up having a nice smooth run round, latching on to the heels of the Aga Khan's filly Four Sins and Mick Kinane. I felt in safe hands following Mick and of all the fillies in the race I was sure she'd stay really well, but as we crossed the road she started to empty out and when she stopped all of a sudden, I was already rolling and I had to commit 150 yards sooner than I wanted."

Briefly it seemed as though the flame of Cecil's renaissance was about to gutter and die; after a troubled run, Coolmore's 20-1 shot Peeping Fawn was making ominous progress from out of the chasing pack, but in Durcan's mind there was no hint of panic.

"I knew Light Shift was the most genuine, hardy little filly," he recalls, "so when Peeping Fawn arrived to me inside the furlong marker and eyeballed her, she swapped leads and was actually going away again at the line. She wore her heart on her sleeve and gave me everything." 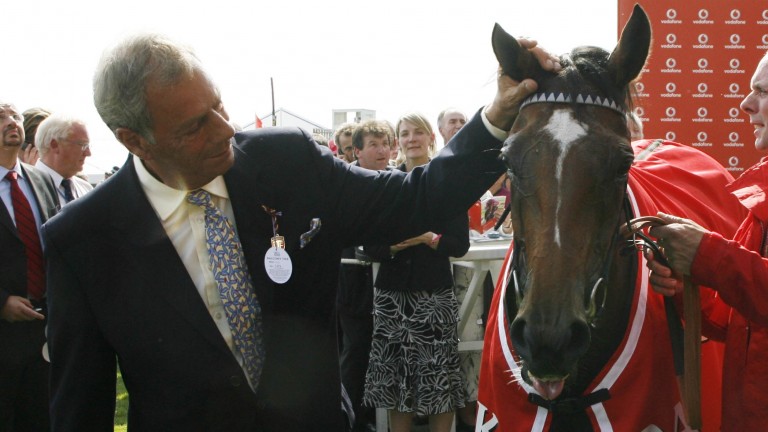 Second string or no second string, the famous Downs erupted as Light Shift toughed it out to bring an emotional Cecil back into the Classic fold. Three cheers in the winner's enclosure were not enough, so the crowd gave him six, although he characteristically refused to buy into the frenzy.

"I came here very relaxed," he said, downplaying the achievement. "I was absolutely sure that both of my fillies were better than I'd ever had them, and I thought my job was done as long as I didn't put the wrong saddles on them, which is something I've done before, back in the old days when I used to drink.

His supporters had no such doubts and gave him a reception never to be repeated. Durcan, meanwhile, looked on in admiration and happily conceded the limelight.

"For riders like me the Classics are so special," he reflects. "To ride in them is nice and to win one is so rare that I knew just how lucky I was. But it was Henry's afternoon and I didn't feel at all left out. Henry waved his magic wand and all I had to do was not mess it up."

Lanigan sums up the achievement in words Cecil would have deflected with humility: "I don't know another trainer who had the same kind of bad spell as Henry and came back to the top. That Oaks day was five years in the making.

"The next morning we were up at half-five, we sat doing the work list, with the flag flying over the yard, and I think it was then he finally realised, reading the papers, just how much people really liked him.

"He said: 'They’re making an awful song and dance about me winning the Oaks, aren't they?' That was him all over."

Few would claim that Light Shift was Cecil's best Oaks winner, even if she may have been his most significant and produced the most emotional scenes.

The first, and possibly finest, came in his heyday in 1985 with the Fillies' Triple Crown winner Oh So Sharp, followed three years later by another Steve Cauthen-ridden heroine, the three-time Group 1 winner Diminuendo.

Snow Bride and Cauthen were awarded the race in 1989 after the disqualification of Aliysa and it was a full seven years until the run was continued by Pat Eddery on Lady Carla, in a field weakened by the absence of her injured stablemate Bosra Sham.

Reams Of Verse showed a fine turn of foot to overcome an interrupted run under new stable jockey Kieren Fallon the next year and the sixth and seventh followed in double-quick time with Ramruma and the soon-to-depart Fallon in 1999 and Love Divine under Richard Quinn in 2000.

Vodkatini: infuriating yet talented character who chose when he wanted to race

Jimmy Winkfield: the American jockey who escaped the Bolsheviks and Nazis

Monet's Garden: 'As we got to know him he never let you down, even if he got beat'

Urban Sea: the amazing tale of the Arc heroine who changed lives and racing forever

Estimate and the Queen: gold seal on passion of a lifetime at Royal Ascot

FIRST PUBLISHED 2:00PM, MAY 13 2020
I thought my job was done as long as I didn't put the wrong saddles on them, which is something I've done before, back in the old days when I drank