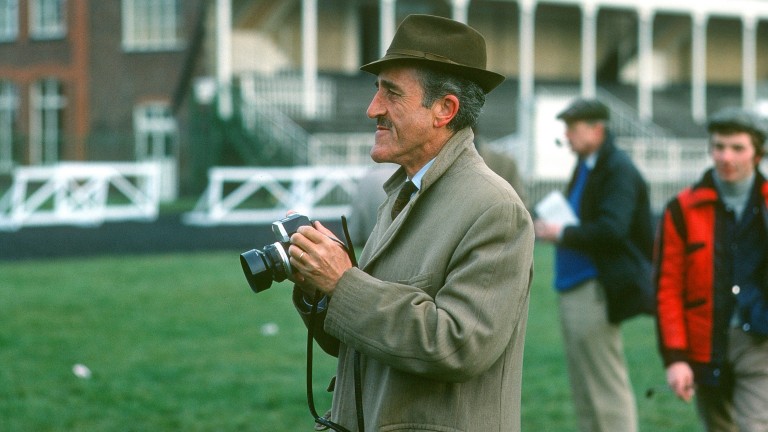 Before the 1928 Grand National, jockey Bill Dutton heard a friend yell out, "Billy boy, you'll only win if all the others fall down". And they all did, leaving Dutton and Tipperary Tim, at 100-1, to beat the only other finisher, the remounted Billy Barton. The Pathe newsreel showed the field streaming over Becher's Brook, with its then formidable drop, and a melee at the Canal Turn, where many runners were baulked and refused, and the crowd pressing in on the winning horse and rider as they returned, elated.

A little later, in Madrid, an eight-year-old boy watched the newsreel in awe. "It was the most exciting thing I had ever seen," he recalled, 64 years later. "From that moment on, I was determined to ride in the race. It was my obsession."

It was an obsession that carved a unique footnote in the history of the Grand National, and in that of Liverpool's Walton Hospital, an obsession that bore the exotic name of Beltran de Osorio y Diez de Rivera, the 19th Duke of Alburquerque.

When Beltran told his parents of his ambition, his mother told her already lanky son that jockeys needed to be short, not tall. So Beltran slept curled up in a tight ball, to make himself as small as possible. It didn't work but, by the time he was 11, the future Duke of Alburquerque was already hunting on horseback, and soon a regular wearer of neckbraces, the result of an early aptitude for injury. Nothing stopped him.

'He was a total kamikaze pilot'

The Duke rode regularly in Europe, as an amateur jockey and in equestrian events. By the late 1940s, in preparation for his dream, he had horses in training in Britain, with John Goldsmith and Peter Cazalet. Finally, in 1952, aged 32, the Duke of Alburquerque rode Brown Jack III, trained by Cazalet, in the Grand National. He fell on the first circuit, at Becher's Brook, cracked two bones in his spine and made his debut at Walton Hospital, just down the A59 from Aintree. That August, he represented Spain at the Helsinki Olympics, for the Duke, although regularly down, was rarely out.

It was important to have the right horse for Aintree and it was 1963 before Alburquerque, then aged 43, found another one, in the shape of Jonjo. Two years earlier, the fences had been altered, prompting The Times's racing correspondent to declare that Ayala's victory signalled "a new order of Grand Nationals. The change in the shaping of the fences has reduced by more than half the number of falls in all races over them". Perhaps that was why Jonjo didn't fall until the 21st fence and the Duke of Alburquerque, unusually, did not require a visit to Walton Hospital.

Two years later, when Groomsman fell at Valentine's Brook, the Duke broke a leg, bringing his career tally of fractures to 22. Utterly undaunted, in 1966 he was back, this time on L'Empereur, trained by Toby Balding. As tall as a basketball player, as thin as a rake, Alburquerque somehow managed to ride at 10st 2lb, partly by resorting to a fibreglass saddle. "He was a total kamikaze pilot," Balding recalled, "and brave as a lion." L'Empereur reached the fourth fence from home before being pulled up.

Issuing riding instructions was not easy. "If he didn't want to listen to you," Balding said, "he suddenly wouldn't remember any English." This also made it difficult for journalists, although, in those days, extended interviews with jockeys were uncommon. Luckily, The Sporting Life's John Clark spoke Spanish and, in 1992, the obsessive Duke spoke to him from his castle near Madrid.

"I didn't have the horses for the race," the Duke told Clark. "Then I bred Nereo." He sent Nereo to Fred Winter, who had already won the Grand National four times, twice as a jockey and twice as a trainer. "A giant among jockeys and among English sporting men," Alburquerque observed. "A great person and a very great friend of mine." 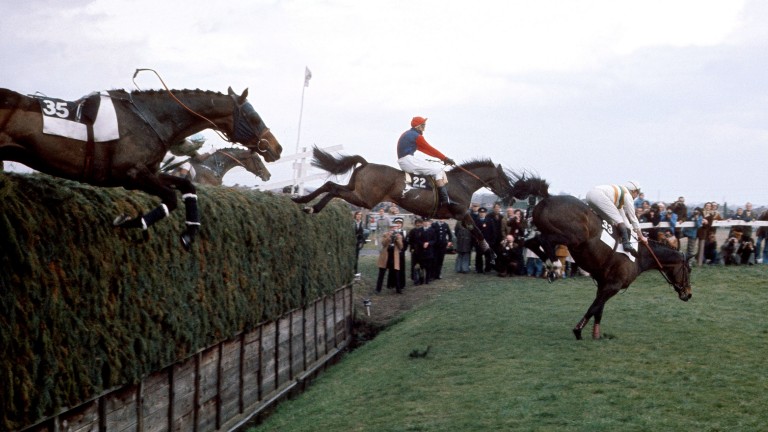 With the long-bodied, long-faced Duke on board, Nereo won on his hurdle debut at Hereford in 1970 and, two years later, won the Dick McCreery Chase at Sandown. Alburquerque had finally found the right horse. In 1973, when Nereo was seven and the Duke 53, he tried again to win the National. While stablemate Crisp, carrying 12st, jumped magnificently in the lead, only to be cruelly caught by Red Rum, carrying 10st 5lb, the Duke of Alburquerque fought his own battle with a broken stirrup leather. At the eighth fence, the Canal Turn, he lost. At least he was not required at the hospital.

On the long drive back to Lambourn, the Duke remembered, "Fred never said a word but, when we arrived home, we had the most wonderful meal I have ever had in my life. There was champagne and caviar. It was party time. That was what made Fred so great; he was such a brilliant loser."

The following year, Red Rum was back at Aintree, and so was Nereo. More remarkably, so was the Duke of Alburquerque, who had recently had 16 screws removed from his leg and, a week before the National, broke his collarbone in a fall at Newbury. On the day of the race, The Times reported, "The Duke of Alburquerque may have to pass the course doctor's medical check this morning but Aintree finds him still undaunted and none can say that he does not approach the Grand National in the try, try again spirit of Robert the Bruce".

"Fred was furious that I was riding in the race," said the Duke, "and his instructions were monosyllabic. Ironically, it was my best performance in the National, when I was in the worst condition. The poor animal had to do everything on his own. He didn't have a jockey on board, but a sack of potatoes." The 55-year-old potatoes arrived at the finish in eighth place after, perhaps anecdotally, having given Ron Barry and his mount Straight Vulgan a hefty bump at the Canal Turn. "What the **** are you doing?" Barry shouted, to which the Duke replied, "My dear chap, I haven't a clue. I've never got this far before."

Forty-six years after being inspired by a newsreel of the Grand National, the Duke of Alburquerque had finally succeeded in completing the course. "It gave me enormous satisfaction," he told Clark, "and, if I had been in decent shape, we wouldn't have been far away."

'I was in brilliant physical condition'

A multiple compound fracture of his right leg forced the Duke to miss the 1975 National, although he had something to celebrate that year when Franco's death was followed by the restoration of the monarchy. Juan Carlos, the grandson of Alfonso XIII, became king of Spain, while the Duke continued to serve as head of the king's father's household.

In 1976, with another seven screws securing a metal plate in his leg, the Duke of Alburquerque partnered Nereo for a third time in the National, falling at the 13th fence. Nereo was unscathed but the Duke was taken to Walton Hospital. The next day, the hospital issued a bulletin: "The Duke's fracture of the right thigh bone and concussion have been dealt with and he is comfortable. It is hoped he will be fit to travel within a few days."

"I spent most of my time there unconscious," the Duke recalled, "but when I did wake up, the staff were charming."

Diana Winter, the trainer's wife, believed the Duke's shape was against him. "People who are that tall don't fall very well," she suggested. "They tend to splatter." The Duke preferred to put his multiple fractures down to bad luck and over-excitement.

Early in 1977 he travelled to London to hear the Jockey Club stewards decline to renew his riding permit. The 57-year-old Duke was outraged. "I was in brilliant physical condition," he insisted. "I had trained hard and was ready to ride. I couldn't understand the decision. It was my body, my horse and my responsibility."

Fred Winter was less outraged. "I am both very sad and very relieved," he said.

If the truly iron Duke had been allowed to ride on, the hospital might have run out of screws, and the Duke out of legs.

That year, the Duke went to Aintree as a spectator, an experience he described as "one of the saddest days of my life". Denied the pleasures of Becher's Brook, he rode on, in Spain, and was still riding competitively in 1985, aged 65. In 1991, aged 71, the Duke walked 721 kilometres to complete the pilgrim's path to Santiago de Compostela. Two years later, the rarely awarded Order of the Golden Fleece was conferred on this extraordinary man by King Juan Carlos. The Duke of Alburquerque died a few months later, in 1994.

If you want more on the 2021 Grand National festival: