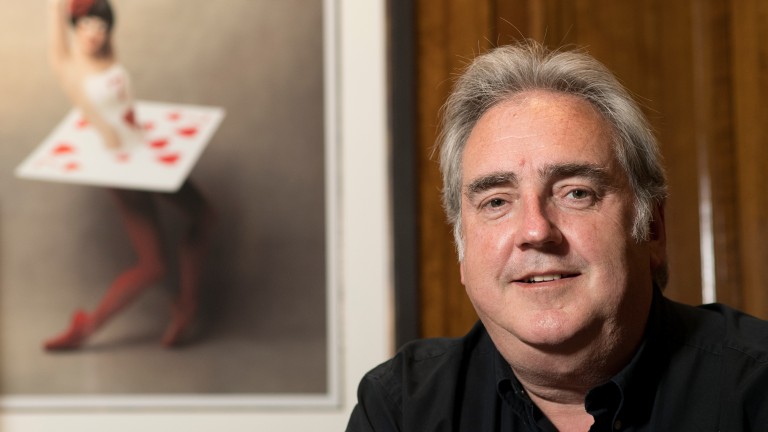 Denman won his first novice hurdle race in Britain for his new connections at Wincanton. The horse was more workmanlike and resolute in victory than anything else, but it was a flat, right-handed speedster's track and far from ideal for a big, staying horse like him.

It was with some trepidation that the connections returned to trainer Paul Nicholls' local track for his next outing. This time they had a serious opponent – Karanja – trained by Victor Dartnall, who went off as even-money favourite. Denman was 2-1, but he powered away up the home straight to win by a staggering 16 lengths.

Harry Findlay and Paul Barber were on a high amid the throng waiting for the horse in the unsaddling enclosure. Harry said: "It was a tough ask for Denman to go right-handed on a sharp track like Wincanton, and Christian Williams, the jockey, did a great job from stopping him running out. I was amazed what he did to Karanja.

"Paul Barber was in bits afterwards, shaking like a leaf, and I think from that day onwards he believed he'd got the ultimate horse he'd dreamed of since he was a boy. And don't forget, he'd already won a Gold Cup.

"Denman must have been behind me in the winner's enclosure when Karanja's jockey, Andrew Thornton, dismounted and started talking to his shrewd trainer. Suddenly, his eyes widened. He looked almost scared. I knew exactly who he was looking at and I heard what he said to Mr Dartnall: 'That is a f*****g monster'."

Harry relished the company not only of Barber, but the group of mates who were always with him on race day. The conversation – even at this early stage of his development – was about Denman having Gold Cup potential. It was 'The Colonel' John Wood who said something that made everyone sit up: "Bugger him running in the Gold Cup, Denman will win the bloody Gold Cup." The Colonel was the first man ever to say it.

When Denman won his next race – the Challow Hurdle at Cheltenham on New Year's Day, 2006 (by 21 lengths) – Harry was successfully wagering a few more thousand quid on Roger Federer to win another Australian Open in Melbourne, but was back in time for a scheduled novice hurdle at Bangor-on-Dee, North Wales, on February 10.

The race was set up as a duel between Denman and Black Jack Ketchum – two horses of immense potential. An overnight frost prompted concerns for the two sets of connections. Black Jack Ketchum was withdrawn, but at the last minute Denman's entry was confirmed.

"Bangor-on-Dee was an impossible place to get to on a sunny day and we had no chance with conventional transport at such late notice," Harry said. "I couldn't even find a helicopter from my usual contacts to take us. But you couldn't meet a bigger enthusiast than Paul Nicholls, and he rang to say he'd found an old military chopper to take us from Bristol. First of all, he said I had to ring Paul Barber and talk him into it, because we all simply had to go to Bangor-on-Dee. Paul Barber didn't take much convincing." 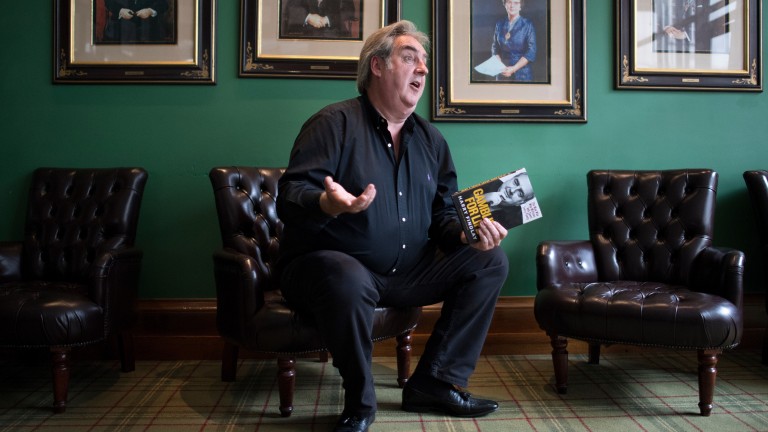 Harry Findlay with a copy of Gambling For Life, the book that charts his ups and downs
Edward Whitaker (racingpost.com/photos)

Harry leapt into Kay's Range Rover – "I promise you, Jackie Stewart couldn't have got us to Bristol any quicker," he said. A few minutes later, the chopper took off. Harry would normally be the front-seat passenger, but not in a three-ball with the two Pauls. "There was definitely some form of heating in the front, but f**k all in the back. I'd never been so cold in all my life – I was sure I was going to die of hypothermia," he said.

Barber recollected the flight in much the same way. "It was a big red helicopter, the doors wouldn't shut, the wind came in and it rattled like hell," he said of the chopper ride. "But we made it."

"I was so cold I marched straight into the restaurant and devoured two of the racecourse's biggest beef pies," Harry said. "I needed heat. When we arrived, Denman was 1-9. He started the race 1-12. Nowadays, that would be 1-25 in the same race.

"Paul Barber and I were in the paddock before the race and Denman looked magnificent," Harry said. Paul Barber didn't look quite so well. "He heard me having £360,000 on Denman to win £33,000 and thought I was stark-raving mad," Harry said. "He couldn't get his head around it and kept saying: 'Harry, Harry, slow down, slow down'.

'There won't be another Denman'

Bangor was a little cherry on top because Denman's demolition job in the Challow Hurdle had guaranteed him starting as hot favourite for his championship race at the Cheltenham Festival – the Royal & SunAlliance Novices' Hurdle over two miles and five furlongs.

"Before that run, there was no target for him, and we didn't know how good he was, so there were no ante-post wagers before the race, and therefore no financial pressure," Harry said. "But in the pre-paddock and then main paddock before the race, it suddenly dawned on me why they called it the Sport of Kings.

"I was pretty certain this kind of feeling would be a one-off, and I was soaking it up. I stood there thinking: 'Win or lose, I won't get this feeling again, there won't be another Denman.'

"Of course, I hoped we'd win, because I couldn't bring myself to think I'd ever have another favourite at Cheltenham, but it still wasn't my place. I wasn't really wealthy and I wasn't going to buy hundreds of horses, so it felt like a bit of a one-off.

"The buzz of being closely involved with a potential champion at Cheltenham was unreal, and very different. Even Kay, who wouldn't cross the road to go racing, knew that Cheltenham had a unique atmosphere in sport. The major reason for that was that it had the most knowledgeable crowd on the planet.

"Royal Ascot, World Cup Finals or Wimbledon, every other event had a fair percentage of people in the crowd who didn't know that much about what they were watching, but that number was almost nil at Cheltenham. Even in the old days, without all the TV screens, if a fancied runner made a bad mistake out in the country, the response from the crowd would be amazing. Everyone knew exactly what was going on." 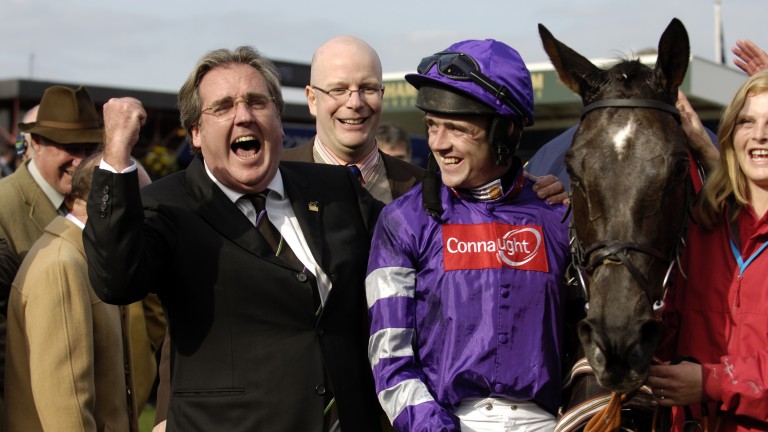 There was an appreciative roar as Denman's jockey Ruby Walsh positioned the favourite perfectly to take up the running as the field went out into the country, pile on the pressure and make the race a true test of stamina. As they passed in front of the stands, though, it became clear that Walsh was holding Denman up in fourth or fifth place, and those ahead of him weren't exactly overexerting themselves.

"I felt sick in my stomach and just couldn't work out what he [Walsh] was trying to do," Harry said. "His tactics were playing straight into the hands of a speedier type of horse doing us for toe in the later stages. And that is exactly what happened."

Indeed, Nicanor challenged Denman before the last and beat him by two and a half lengths. "I'm as certain now as I was on the day that had he been ridden more aggressively the result would have been very different. I was pissed off with the ride Ruby gave him because we shouldn't have lost, and if we did, it should have been from a length and a half in front, getting caught. After the race, I kept my counsel, otherwise I'd have been castrated."

Barber knew exactly what his partner was thinking, placed his arm on his shoulder and said: "Think of the way he got up and jumped the last when he was already beaten, and I'll tell you now, he'll win the Royal & SunAlliance Chase next year."

Harry knew that Barber didn't make extravagant predictions, and as usual when he spoke, he listened carefully to every word. The dairy farmer had just sown the seed that would win Harry well over £1 million, 12 months later.

Gambling For Life: Harry Findlay, by Neil Harman, is available for £10 from the Racing Post Shop