RP Classics FROM THE VAULTS

Guy Disney: blown up by the Taliban, half a leg and a full quota of courage 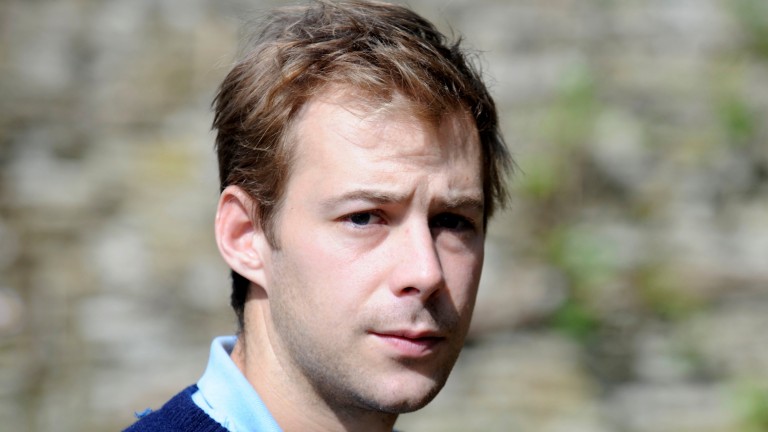 Yesterday, four more young soldiers were moved at pace funereal past the bowed heads of Wootton Bassett, the hitherto pleasantly obscure corner of England that has taken upon itself the role of providing a focal point for those who feel the need to mourn, to stand witness or merely to acknowledge.

Having landed at nearby Lyneham, the dead of Afghanistan are nearing the end of their long journeys home to the disparate parts of this island from which the forces draw their cross-sections of humanity. Wootton Bassett boasts no mighty arch, no triumphal construction through which those suspended forever in their youth must pass. Rather they return home through a people's gate – the masonry of their fellow citizenry – as they make their way back to their own people for the final rites of an all too brief passage through life.

So in a sense Guy Disney is one of the lucky ones. But if the angels were to dip him once more, they could not hold him by the right heel this time because it isn't there. Guy's leg starts just below the knee – the legacy of the moment his Spartan patrol vehicle was hit by a rocket-propelled grenade in Helmand province on July 4. At Guy's side, 18-year-old Robbie Laws was killed. A middle-class mutilation and a young private's death – so many lives changed forever in a couple of seconds, with decades of consequences still untapped.

Disney was heard on the radio, calmly summoning a helicopter while acknowledging his leg was all but gone. Somehow, amid the heat, stench, noise, smoke and gore, two of his troop in the vehicle managed to wrestle a tourniquet on to the gushing wound and he was operated on in the field hospital at Camp Bastion before being flown to Selly Oak in Birmingham the next day.

Selly Oak had plenty of critics in the early days of this conflict, but Guy had two operations there and his treatment and care were clearly close to flawless. But now the 27-year-old is somewhere he doesn't want to be – at his parents' home in the Cotswolds when he would rather be where he feels he genuinely belongs, sharing the rank discomforts of Afghanistan alongside his men.

And, to be frank, I don't want to be there seeing him – the fact that he has ridden in the last two Royal Artillery Gold Cups striking me as a distinctly flimsy pretext for invading the privacy of a man still in the opening weeks of a lifetime's relationship with the fact that, however bright-eyed and bushy-tailed he may be, he is only ever going to have one and a half legs.

He says: "There's no point in being cross about what has happened – temper tantrums stop at 13. It's only a fucking leg and it could well have been two legs. Plenty of people have lost both. To be frank, the first thing I did was check my bollocks." 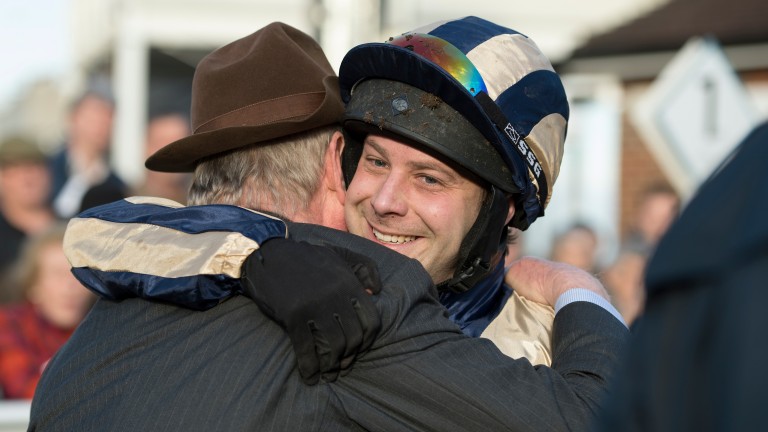 The Disney home is in the achingly stunning neck of the Cotswold woods that is Guiting Power. His father, John, is a doctor and pillar of the community and has only recently given up his medical role at Cheltenham racecourse. His mother, Fiona, is a nurse, and three minutes into my first cup of tea she comes out with one of those remarks that could stop a train. As we are waiting for Guy to appear, she says: "He is absolutely the ideal shape for an amputee."

What she means is that her son is not some heavy-limbed brute, but a very much handier package. If you stuck him in Lord Of The Rings he'd be an elf warrior not some hulking lump, hurling boulders at the moon.

Guy comes in and we head outside, where the footling detail that I have to carry his mug is a tiny indicator of the myriad of tough little adjustments that he is going to have to make and, more importantly, to tolerate making.

Conversation turns to his stump, unsurprisingly as it is very much on show. He says: "The wound weeps stuff. I can pick little bits of metal out of it and there is some shrapnel in the other leg. The main target now is shrinking the actual stump down."

You can see what he means. The end of his leg is still bulbous and needs to harden up and slim down before the process of new legs gets under way. Guy is going to have four legs – a running leg, a titanium ops leg, a shower leg and what he calls a suspension leg. This last one sounds as if it might be made by Citroen, so it will probably always be going back to the garage.

If there is one central message that needs to be conveyed about Disney it is this: were I not sitting gawping at just one and a half hairy legs rather than the normal quota of two, one would not have a clue there was anything wrong with the man.

When you first meet him you think he is almost insanely upbeat about his future, but gradually you realise he is right to be so. Part of it is the competitive survival instinct, some may be Sandhurst, a bit is stiff-upper-lip stoicism – but most of it is transparently the guy that Guy is.

The ability to survive sharp-end soldiering is a mental, as well as a physical, process. Some sort of devil's pact has to be made with your emotions but you cannot blank them out entirely. Disney's bond with his men is fierce and deeply missed and the nature of that relationship between fighting men is necessarily a mystery to all of us outside that perilous but priceless circle. He talks of officer role as brother, bollocker, father, boss, and of his total equanimity about putting any of his lads on a charge for falling asleep. 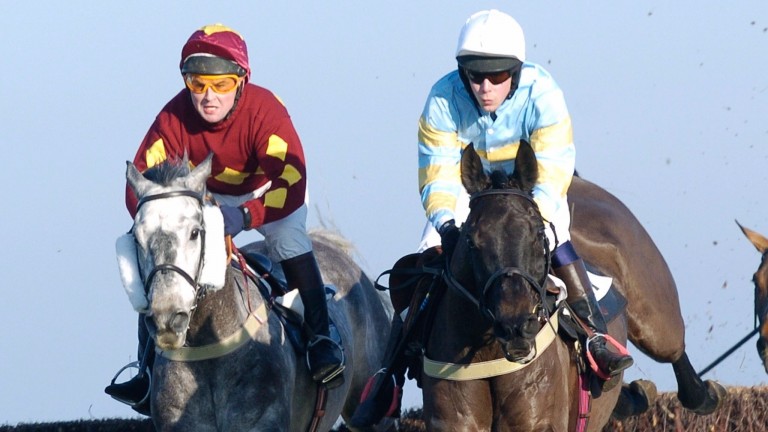 But to their suffering there is no indifference. He recalls having to tell one of his men that his best mate had just been killed a couple of hundred yards from where they stood. The face of the recipient of this news did not move, but from beneath the stock-in-trade mask of the dark glasses "a solitary tear escaped".

And while all the Disney family play up to their role of sterling and stalwart supporters they must want to howl at the moon occasionally. There is a moment when Guy recalls the look on his dad's face when he first saw him on his return, that tells you that Guy understands that what has happened to him has happened to others as well.

He puts no limits on the scope of the achievable. He says: "I certainly wouldn't rule out the 2012 Paralympics because I'm a determined so-and-so, although I believe there is a cut-off point for qualification – if that isn't a tasteless remark in the circumstances.

"I'm always amazed by what people achieve and I know a guy in the army, one of whose spare legs is always sticking out of his backpack."

About the only thing that Disney thinks he may never be able to do again is to race-ride competitively. You certainly get the impression that a small detail like half a leg is not going to affect his sex life. He is super-fit and has one of those irritatingly attractive faces that is always smiling. Doubtless, woman plummet out of the sky and fall at his feet in droves – okay his foot, nowadays, if you are going to be picky.

I'd quite like to hit him, but am pretty sure he can hop faster than I can run, so I resist assaulting my first amputee. Anyway, an artificial leg never stopped Fergie Sutherland – from whom Disney has had a letter – from training a Cheltenham Gold Cup winner in Imperial Call. They say Fergie had only to whip off his leg on the dance floor and he would start pulling like a train. 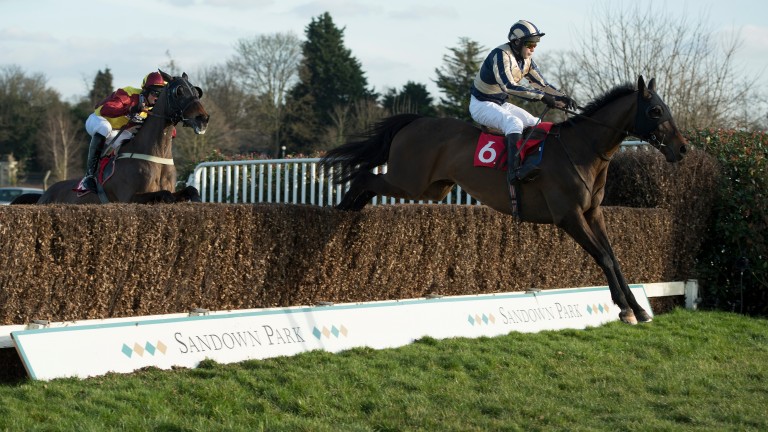 Disney's principal focus is to get back on track in the army. There is absolutely no reason why he shouldn't rise far and fast. It may sound bizarre, but in this man's case I assure you that a missing half leg is just a detail.

To be frank, I don't think all the enormities have hit home, but it would be wrong to misjudge his attitude – it is real bravery, not mere bravado.

Wise old horsemen try to stop the madder youngsters falling off every time by saying "let the fence come to you" and dark days will come to Guy in time – there is no point going looking to pick a fight with them now.

As we talked, there was half an idea that we should meet up from time to time and do the occasional progress report. And why not? I think there is going to be a singular and important tale to tell – tough bits from which everyone can learn, as well as stuff well into at least the foothills of the inspirational.

I sincerely hope we will bringing you more from the front line of Disney's recovery.

The man whose bloodlines left an indelible mark on the thoroughbred

'I am strict. Damn strict but always fair. Discipline is the main thing'

FIRST PUBLISHED 2:00PM, MAY 7 2020
He recalls having to tell one of his men that his best mate had just been killed a couple of hundred yards from where they stood