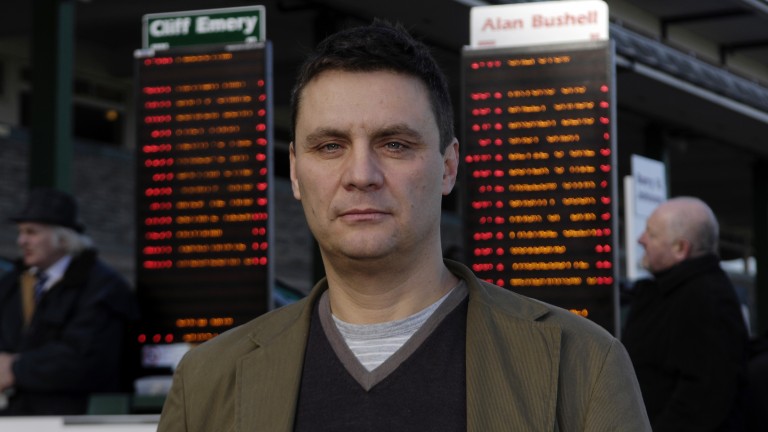 Six years on from the hideous moment that snatched a world-shaking sum of cash from his hands, Dave Nevison is still in no mood to be told that we know how he feels. When it's suggested the final-hurdle fall of Annie Power at this year's Cheltenham Festival, which reputedly cost backers £50 million in foiled accumulators, gave the rest of us some kind of insight into his pain, he puts the difference in perspective.

"All four were short prices that day, so unless you had thousands on the accumulator, nobody was going to have a life-changer out of it," explains the man who came within a whisker of a £360,000 payday in the obscurity of a quiet Thursday at Taunton. "It was much bigger than mine because it was a very public gamble and an industry thing, but to me it was more of an exceptional day in the life of punters, whereas mine was like a comet coming down and knocking the world out of equilibrium."

If that sounds like a teensy bit of hyperbole, then cast your mind back to that fateful day, January 15, 2009, when the racing gods conspired to gift Nevison the first six legs of a Tote Super7, only to strike him down with a lightning bolt the like of which has surely not been seen before or since. Watch the video one more time, gawp in disbelief and give thanks it wasn't you.

The former City boy, well-known punter, journalist and author had teamed up with business partner Mark Smith to have a miserly £84 stab at the bumper pot – "the smallest line we'd had in ages" – and it had gone very, very well, with four bankers winning, two of them at 8-1 and 7-2. By the time the last leg, the 3.50 Carlsberg UK Handicap Chase over 3m3f, came along, nerves were beginning to fray in the Nevison living room as Topless carried his hopes of a fortune.

When James Davies took Topless to the front three fences from home, however, trepidation turned to expectation. The Neil Mulholland-trained eight-year-old quickly put her stamp on the race, pulling five lengths clear of Pangbourne after the final obstacle and seemingly having only to keep up a passable gallop to win decisively.

Deep into the final furlong, though, disaster struck. The mare began to drift to her left, perhaps making a premature dash for the stables, at which point Davies tried to straighten her with a slap of the whip, only for the tiring beast to jink to her right, leaving the jockey fighting a losing battle with gravity. 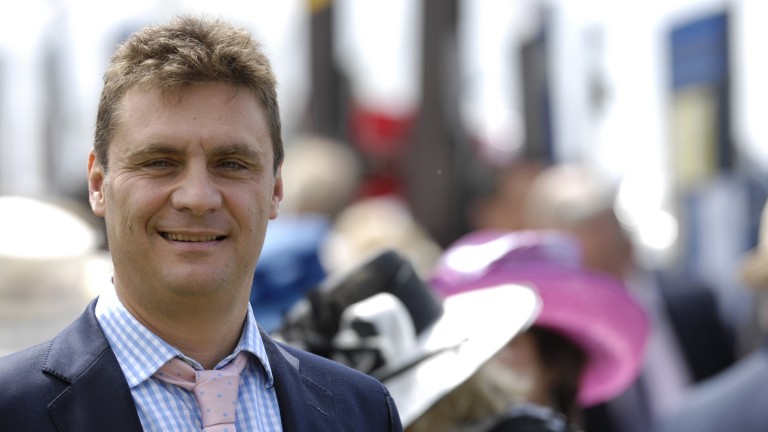 Davies hit the deck barely 20 yards from the line, Pangbourne toddled to an unlikely victory, the internet forums exploded in a mess of bile and accusation – and Nevison went for a run.

"In the moment, I was just totally shellshocked," says the 53-year-old, his disbelief still palpable. "I was watching the race at home because I had to do something with the kids and couldn't get to the track, and ten minutes after the race I went on the longest run I've ever been on. I usually go about two miles and I think I must have run ten miles, and I didn't feel a thing. I was oblivious to everything.

"I got back from my run and checked the results, and it was still true. I talked to my mate – I asked him what the **** do you have to do to win? I wasn't in denial, because I'd seen what happened, but I was in shock.

"I don't know if I've ever had another one unseat on the flat when it was about to win, but why, in all my bets in my several decades as a punter, did it have to be that horse that chose to do it?"

Unsurprisingly, Davies was pilloried and persecuted in some quarters. Nevison, to his eternal credit, refused to join the calls for the jockey's head, preferring to look into the whites of his eyes before making a judgement.

He says: "I went to Chepstow the day after, specifically to speak to James Davies, and he was as white as a sheet. He said the horse was just exhausted and she went slightly one way and he went the other. I've watched the race a zillion times and I'm sure that's true."

'It put me off betting for quite a long time'

If that sounds a philosophical note of acceptance, however, it would be misleading. The pain persists for the punter who came so close to the crown jewels, only for cruel fortune to sink his dreams.

"It was six years ago and it still hurts," he says. "I still think about it once a week or so. It could have paid off the mortgage and I'd have been in a totally different situation. I'll never forget that moment and I can't really look back at it and laugh. It's not the kind of thing I can go into a pub and say you'll never guess what happened to me.

"It but seems weird, although the money is definitely part of it, what hurts most is that we got it so right for such a small stake and still didn't cop it. That was the real sickener.

"After Topless I changed direction. Times weren't particularly great at that stage and it put me off betting for quite a long time and made me question what I was doing.

"I've always backed a lot of horses and I've always had a lot of unlucky stories, but that was different. I'm sure I'll have an unlucky loser today – a horse who should have won; I backed The Grey Gatsby at Ascot and I was quite angry about that, but angry is all it was, and you move on to the next race. But that one stopped me in my tracks.

"I no longer do the Scoop6 and the big Jackpots because it's too long between drinks and I can't stand the stress. I've accepted I'll never be a millionaire – I'd rather just get a winner now and get in the payout queue."