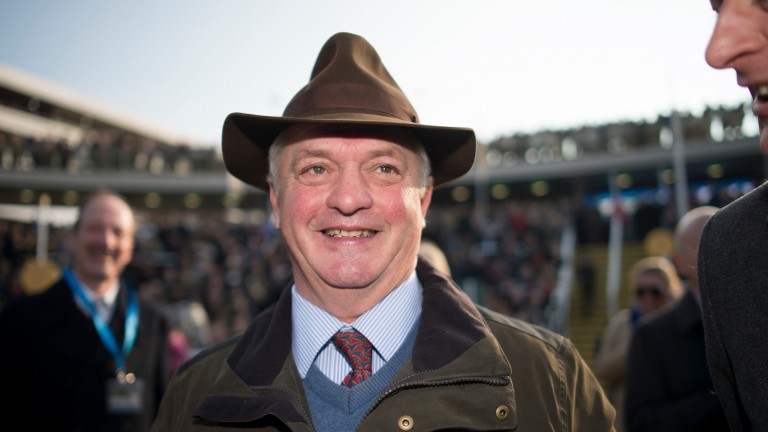 It seems as if nothing can stop the march of the Colin Tizzard team and Royal Vacation, who sports the Cue Card colours of owner Jean Bishop, looks to have a great chance of maintaining the momentum for the Dorset trainer.

The rain that has fallen at Lingfield should not be a problem as Royal Vacation's two most recent victories, achieved over hurdles last season, came on soft and heavy ground.

Shrewd move?
Minella On Line struck on his first start for Oliver Sherwood at Plumpton last week and runs here under a 7lb penalty as the Lambourn trainer feels a double-figure rise in the handicap might be on the cards.

Striking form
Venetia Williams has been slow to get going this season due to the dry autumn but there have been distinct signs that she is about to hit peak form in recent days, and Kap Jazz, who is returning from a break, might be handily weighted.

Guy Upton, assistant to Jonjo O’Neill, trainer of Cloudy Copper
He unluckily unseated early in the race on his comeback so this will effectively be his first run of the season. He loves soft ground, so that is in his favour, but he is not the easiest to win with.

Colin Tizzard, trainer of Royal Vacation
He will not mind the softer ground and I'm hopeful the race will be run to suit. On his previous two starts this season he has been second so we are obviously hoping he can go one better.

Neil King, trainer of Delgany Demon
He often goes well fresh so that's not a problem, and he should love the ground. I'm hopeful of a big run.

Oliver Sherwood, trainer of Minella On Line
His owners wanted a change of scenery for him and he won first time out for us. The ground should not be an inconvenience and as he won so well at Plumpton we are running here with a penalty as the handicapper is likely to put him up quite a bit.

Lawney Hill, trainer of Take A Bow
I'm hoping he will cope with the softer ground but he won't run if it becomes bottomless. He seems in great form and should run his race.

Venetia Williams, trainer of Kap Jazz
I don’t think the soft ground will be a bother for him. But last season he took a while to warm to the task over fences and he could well lack experience relative to the others. However, he's well and ready for a run.

FIRST PUBLISHED 6:00PM, NOV 21 2016
He will not mind the softer ground and I am hopeful the race will be run to suit