Royal Regatta grinds it out to hold off Kylemore Lough 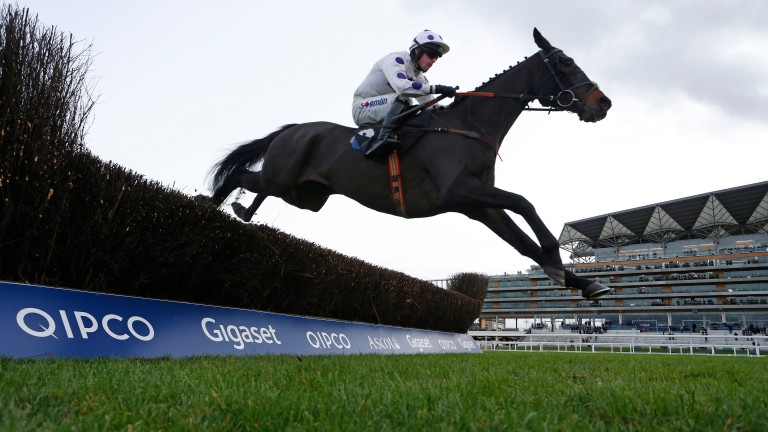 Tom O'Brien and Regal Regatta made every yard – and yet they never looked like winning.

Coming off the home bend the race appeared at Adrian Heskin's mercy, with Tom George's new stable jockey looking like he could pick off the gallant pacesetter as and when he chose aboard God's Own.

Yet his challenge faltered between the final two flights and, as Royal Regatta produced a huge leap at the last, the 10-1 shots backers may have thought he was home and hosed. But that sensation only lasted a split second as Kerry Lee's winning machine Kylemore Lough began to close, surging under Jamie Moore and getting there with every stride. It looked like he might get there.

Even the line did not bring salvation. A photo-finish was needed to separate the pair. But eventually, after that natural tension-builder that comes with the judge's decision, Royal Regatta's name was called and his love affair with Ascot continued with the biggest win of the eight-year-old's career.

It was a first Graded win for Philip Hobbs's charge and a second course win at a track at which he has only finished out of the first three on one of his six visits. The Berkshire air clearly helps this most tenacious of front-runners mine every ounce of himself. There is a long list of horses more talented, with last year's remarkable and ill-fated winner Vautour chief among them, but then there is not much room for talent when you are all heart.

Sarah Hobbs, wife of trainer Philip, was certain O'Brien was the reason his mount was able to dig so deep. "It was catch me if you can, Tom said, and Tom is a Saturday rider at the moment.

"He [Royal Regatta] much prefers going this way round. Everything was right for him today, the ground and Tom was super on him. He really rode him with conviction which he needs because he is a little bit soft. He jumped super. This was the aim today."

Kylemore Lough lost nothing, bar his winning sequence of five, in a head defeat, while God's Own was a further length and three-quarters adrift.

Dodging Bullets, the 9-4 favourite, pulled-up before the tenth and Paul Nicholls' assistant Harry Dernham said: "He got very worked up  before the race like he used to when he was younger. I don't know why. It was likes Dodge as a four-year-old not an eight-year-old and Nick said at no stage was he happy. We have checked his heart and he is fine."

FIRST PUBLISHED 2:31PM, NOV 19 2016
Everything was right for him today, the ground and Tom was super on him