So Mi Dar misses Prince of Wales's due to muscle problem 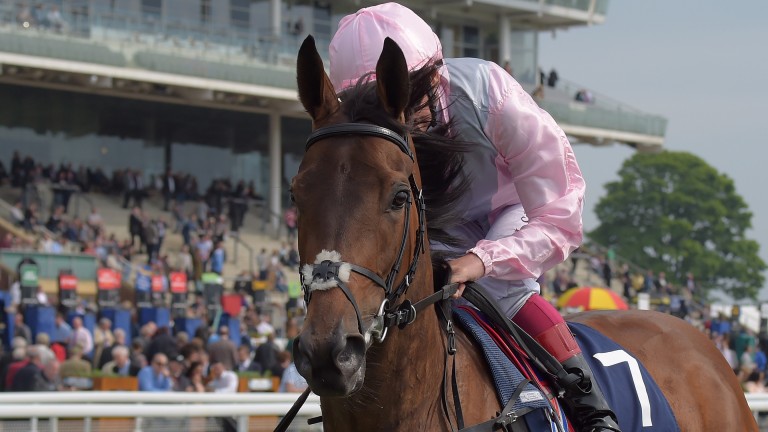 So Mi Dar, a general 8-1 chance for the Prince of Wales's Stakes at Royal Ascot a week on Wednesday, will miss the meeting.

Trained by John Gosden for Lord and Lady Lloyd-Webber, who captured the 1m2f Group 1 with The Fugue in 2014, So Mi Dar has not sufficiently recovered from a muscle enzyme issue that ruled her out of the Brigadier Gerard at Sandown last month.

Gosden said: "So Mi Dar will be missing Royal Ascot as she is not fully back to where we want her from the high muscle enzymes which ruled her out of Sandown.

"It's frustrating for all concerned and hopefully she can be back for a late summer/autumn campaign."

So Mi Dar, a daughter of the Lloyd-Webber's brilliant mare Dar Re Mi, won four of her five starts last season and finished the campaign with a third to Speedy Boarding in the Group 1 Prix de l'Opera at Chantilly.

Betting for the Prince of Wales's Stakes, won last year by outsider My Dream Boat, is headed by Ulysses and So Mi Dar's stablemate Jack Hobbs.

FIRST PUBLISHED 7:05AM, JUN 13 2017
It's frustrating for all concerned and hopefully she can be back for a late summer/autumn campaign

'These horses don't come around often' - Derby hero Adayar emulates Galileo Dreamloper bounces back to record emotional Valiant success 'It's too easy to go into every battle. You won't win the Arc that way' ITV Racing tips: one key runner from each of the seven races on ITV on Saturday Are we looking at a Group 1 horse in a handicap? International Stakes insight Smaller crowd than usual but over 14,000 expected at Ascot for King George day