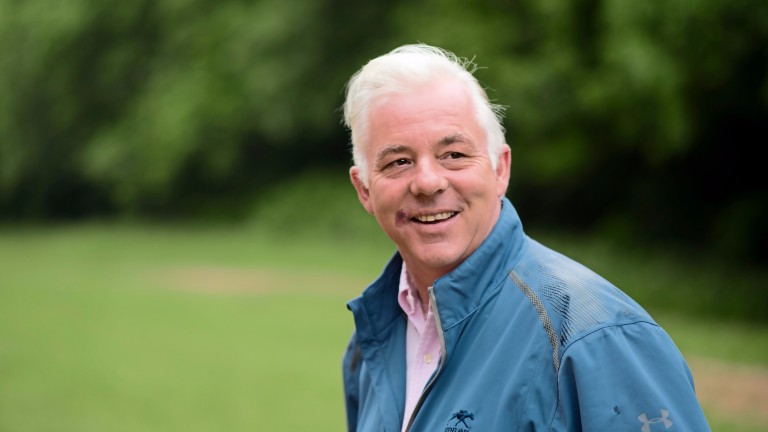 The first major plunge of Royal Ascot was building behind Royal Hunt Cup candidate Abe Lincoln on Sunday, triggering comparisons to the successful coup on Laddies Poker Two in the Wokingham seven years ago.

Abe Lincoln was a top-priced 14-1 with bet365 and as low as 10-1 with Betfred, Coral and Ladbrokes on Sunday night, and vying with Banksea and Fastnet Tempest for favouritism, after being cut from 25-1 for one of the year's biggest betting handicaps.

Abe Lincoln hails from the same stable as Laddies Poker Two, who returned from a near two-year absence to land the 2010 Wokingham for Jeremy Noseda as 9-2 favourite,

This year's handicap gamble has also been off the track, having not run since being narrowly beaten in last year's Britannia at the royal meeting. Noseda landed the 2009 Hunt Cup for Abe Lincoln's owner Paul Roy with 4-1 favourite Forgotten Voice.

David Stevens, spokesman for Coral, who cut him from 16-1, said: "Abe Lincoln's trainer Jeremy Noseda showed with Laddies Poker Two a few years ago he could ready one off a long absence, so we were happy to take evasive action and cut his odds accordingly.

"Although the Royal Hunt Cup is one of the most competitive betting heats of the week it's unlikely we've seen the last of the money for this horse."

'This has been the plan'

Noseda predicts Abe Lincoln, beaten a short head a year ago, will make a bold bid to become the trainer's tenth Royal Ascot winner but claimed it would be wrong to compare his chance to that of Laddies Poker Two.

"Abe Lincoln ran at Royal Ascot and went great last year," he said. "He sustained an injury after that, and this has been the plan since.

He continued: "He needed plenty of time off; he's not a big, strong, robust horse. If you want to win races like Hunt Cups, if you go somewhere before and pick up 5lb it makes the task a lot harder. If it's your target you keep your powder dry.

"This isn't some Laddies Poker Two situation, though. People might be trying to read that sort of thing into it. He's going there with a good chance, but I'm not thinking he's a certainty.

"Laddies Poker Two at this time was 25-1 and I knew there was no way she could get beat. This is a different scenario, there's no big plot for anyone to go crazy over, we're not thinking he's thrown in. I wouldn't put anyone off, mind."

Abe Lincoln had been 25-1 with Betfred and spokesman Andrew Griffiths said: "We were first in the firing line when the fancy prices were snapped up and there’s been a real steady flow of cash ever since.

"It’s a fascinating move for a potentially well-handicapped horse hailing from the shrewd Noseda yard.”

Hayley O'Connor of Ladbrokes added: "There aren't too many handicaps to choose from at the royal meeting but Abe Lincoln appears irresistible to those looking for a punt in one of the week's more open contests.

“There were larger odds available than we were offering in the morning at 16-1, but very quickly his price was heading south industry-wide. We clipped him mid-morning to 12-1 and later under sustained support he moved into 10-1."

'They could have waited. They just didn’t' - furious De Sousa blasts starter Love brightens the week for Aidan O'Brien but draw-bias punters are wrong-footed Duchess of Cornwall's prominence could offer clues to the future of royal racing 'Any rain should help his cause' - the trainer who hopes the storms arrive Watch now: live Royal Ascot preview show featuring Tom Segal and Paul Kealy Royal Ascot tips: five horses to back on day three of the royal meeting