Latest THANKS FOR THE MEMORIES 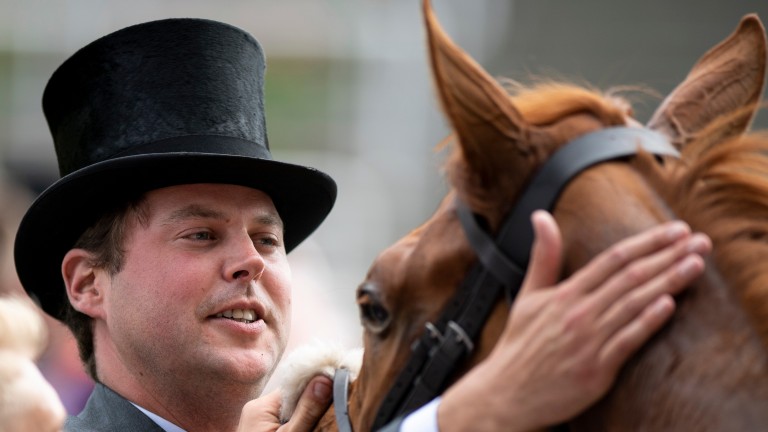 Charlie Fellowes: said goodbye to Thanks Be on Tuesday morning
Edward Whitaker (racingpost.com/photos)
1 of 1
By Andrew Wilsher UPDATED 4:09PM, JUL 17 2019

Royal Ascot winner Thanks Be will continue her career in the United States having changed hands in a private deal, trainer Charlie Fellowes revealed on Tuesday.

The three-year-old, who raced in the colours of Emma Capon, picked up £56,025 for winning the Sandringham Stakes last month but will be in contention for bigger prizes having been sold to continue her career in New York.

Thanks Be gave Fellowes a first winner at the royal meeting on her final start for his Newmarket yard having been sold last week to an undisclosed buyer.

"It was a fantastic day and the biggest win of my career to date," said Fellowes. "She was a proper character and a very tough filly, a real matriarch. She wasn't the most pleasant character in the box – her box was her home and she made you know that if you went anywhere near it.

"But on a racecourse she was as tough as you got and wanted to be at the front. Luckily, she did that on the biggest stage." 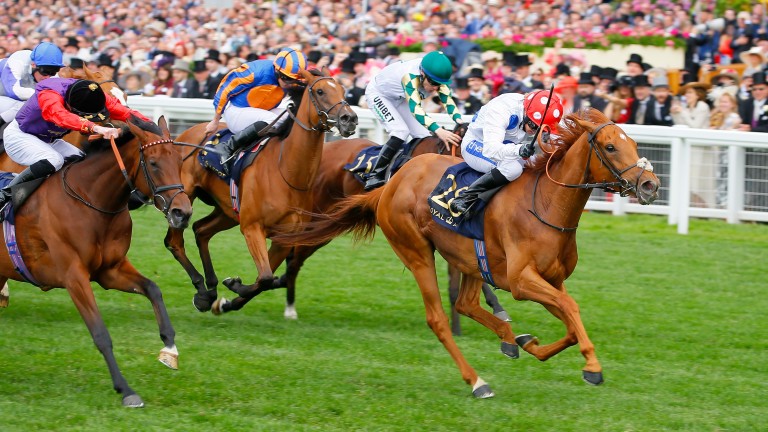 Thanks Be wins the Sandringham to give Charlie Fellowes his first Royal Ascot winner
Mark Cranham (racingpost.com/photos)

Thanks Be was already entered in the Tattersalls July horses-in-training sale before running at Ascot and Fellowes admitted he felt his time with the filly was limited after the victory.

"Her previous owners were tradesmen, as many people are in British racing nowadays because prize-money is not the greatest and it’s very difficult to make it pay," said Fellowes. "British horses are the best and a lot of people from abroad, where they earn more money, want British horses.

"We're finding these days that owners are interested in selling because they know that’s the best way to make a bit of money."

The trainer added: "I suppose even when she crossed the line I sort of knew that would be her last race for me. But that’s good and it’s job done. I knew what the job description was when they came and sent the filly to me, and we've done that, which is fantastic. I'm delighted for the owner to get a good sale."

Thanks Be made her debut for Fellowes last autumn as a two-year-old, finishing fifth. She went on to be a close second twice this season, before breaking her maiden on the biggest stage in the Sandringham.

Fellowes said: "It's always sad to see a nice one leave the yard but at least she managed to win at Royal Ascot before she did leave. That's a memory I’ll never forget."

Bradley Weisbord of BSW Bloodstock told BloodHorse the filly will arrive in New York on Wednesday and is to be trained by Chad Brown for Madaket Stables, Michael Dubb, Elkstone Group, and Wonder Stables.

FIRST PUBLISHED 4:49PM, JUL 16 2019
It's sad to see a nice one leave the yard but at least she managed to win at Royal Ascot before she did leave. That's a memory I'll never forget