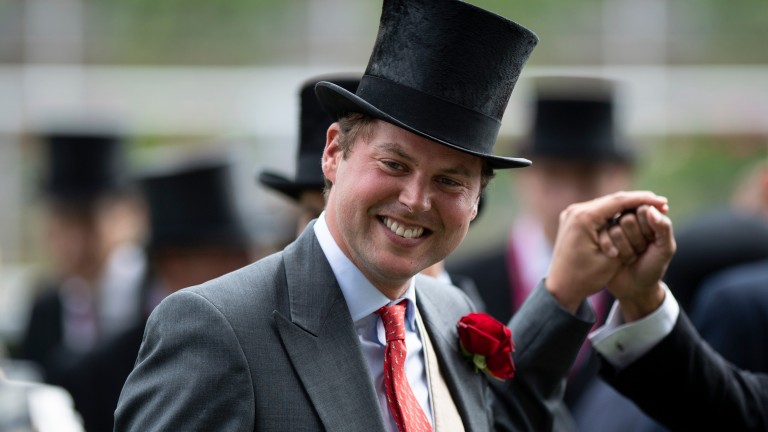 Charlie Fellowes just missed out in the Northumberland Plate when Prince Of Arran finished second a year ago but is hoping for better luck in the consolation race in which his runner Carnwennan is on a hat-trick.

Since Fellowes moved into his new yard at Bedford House Stables a month ago, there has been a steady flow of winners from Luca Cumani's former yard most notably with the Royal Ascot win of Thanks Be. Not forgetting, however, this four-year-old who has registered successive wins at York and Chelmsford.

Carnwennan was not stopping when registering his first all-weather win in accounting for Vampish last time and the runner-up has since run well at Newmarket.

Up 4lb for that, Carnwennan bids to uphold the good record on Newmarket trainers in the race who have won two of the three runnings of the contest to date.

He said: "We were second in the main event last year so it would be nice to land the Vase. Carnwennan is a really likeable stayer who won nicely an Yarmouth before following up at Chelmsford despite the race not really been run to suit him."

Another staying handicap for Williams ?

Ian Williams is in for a busy day as he has three live chances in the Plate itself and also in this with Michael's Mount, Always Resolute and Suegioo.

Michael's Mount has a 5lb penalty for a short-head success at Pontefract 19 days ago and is the mount of the in-form Aussie visitor Kerrin McEvoy.

He was previously fourth to today's rival Coeur De Lion in another consolation race at Chester in which his stablemates were second (Suegioo) and third (Always Resolute).

Williams said: "The consolation race is still a valuable prize and we look to have three good each-way chances in it. Michael's Mount had disappointed us a bit before he got his head in front at Pontefract and this was always going to be on the cards after that. Always Resolute has no weight and is running into form whilst Suegioo is an old trooper who could run well on his day but no one seems to know what day that is."

King for a day?

Alan King has a decent shout in the Plate with Who Dares Wins and is also has strong claims in this with Coeur De Lion who has already tasted success in one such consolation race.

The dual purpose performer won the Chester Plate in May and resurfaces just 11 days after finishing fifth to The Grand Visir in the Ascot Stakes at Royal Ascot.

Mick Appleby, trainer of Busy Street
He's got a better chance of winning this off topweight than the Plate off bottom and this has been the plan all season. He goes well at the track and goes there in good shape. We are hopeful.

Jedd O'Keeffe, trainer of Rare Groove
We had hoped to get into the Plate but were not hugely disappointed to be in this. We were thrilled with his win at Hamilton and then we found out in a hot race at York that he wants to go back up in trip. He's a winner at the track and he shapes like a thorough stayer so has a live chance. 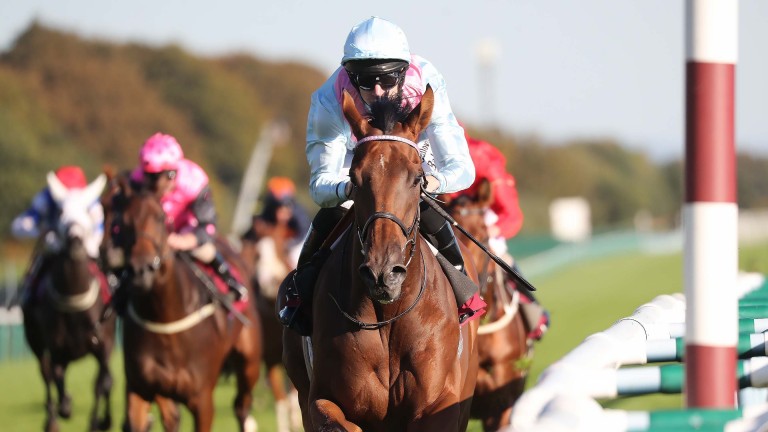 Canford Heights: will be suited to the slower surface
John Grossick (racingpost.com/photos)

William Haggas, trainer of Canford Heights
He did well last year but did not run that well on his reappearance so hopefully he can step up. He's suited by slow ground so the hotter it gets the slower the surface we are told which would play to his strengths.

Andrew Balding, trainer of Lissitzky
I'd hoped we would sneak into Plate but we'll settle for this and and he got a bit revved up in first-time cheekpieces last time. On his previous win at Newmarket he would have an each-way chance in the race.

FIRST PUBLISHED 6:00PM, JUN 28 2019
We were second in the main event last year so it would be nice to land the Vase